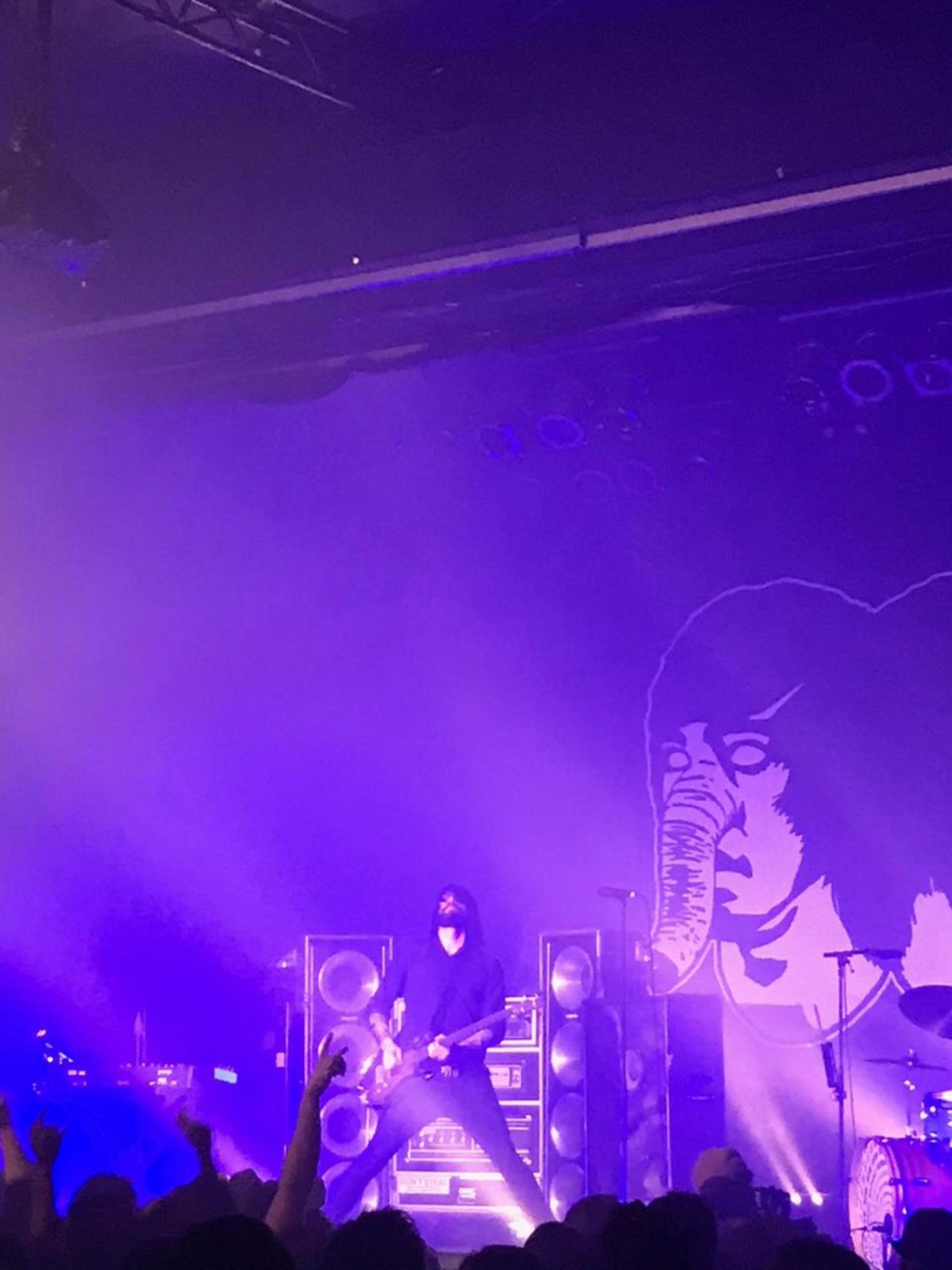 “Nomad, never home. No matter where you go.” These immortal words kicked off Death From Above’s first of two sold-out hometown shows at Toronto’s Phoenix Concert Theatre, their first proper Toronto shows since the release of their third LP, the excellent Outrage! Is Now. This transient sentiment didn’t last long, as the band was immediately faced with an onslaught of pure excitement and joy from the city that has stuck with them since their early outings at smaller venues such as The Opera House and The Horseshoe Tavern to see them reach these great new heights.

The set list leaned heavily on the material from Outrage! Is Now, playing seven of the ten tracks featured on the album, choosing only to exclude the slow stoner-rock anthem “Statues” and the mostly forgettable pairing of “All I C Is U & Me” and “NVR 4EVR”. Of the new material, the surprise live highlight was the album’s title track, which on record sounds like a left-field leftover from front man Sebastien Grainger’s Yours to Discover LP, but live came across as an exercise in experimentation worthy of the likes of Johnny Greenwood of Radiohead fame, with bassist Jesse F. Keeler working his pedals and synths like he was doing double duty with MSTRKRFT while Grainger left his drums behind to work the mic like a proper showman, periodically punctuated by the occasional left-handed cymbal hit.

The rest of the set featured more “classic” DFA selections rather than Physical World-era material, opting for deep cuts like “Dead Womb” from the Heads Up EP, as well playing more than half of the songs from the revered You’re A Woman, I’m a Machine debut album. For fans of the aforementioned Physical World album, all of the radio singles as well as a handful of other standout songs such as “Always On” were indeed played, but for the most part the emphasis was on the newer material.

The Toronto crowd was treated to other unique treats, such as the backstory behind the rhythmic breathing on “Trainwreck 1979,” inspired by a long-running series of 1980s radio jingles for a Toronto fitness centre, as well as the origin story behind the writing of “Dead Womb,” apparently the first song that Keeler ever wrote on bass a mere handful of blocks from the venue. The final treat of the night came with a cameo from the drummer from tour openers The Beaches, who literally kicked the shit out of Grainger’s drum kit on the second half of “Romantic Rights.” To see such a young and powerful drummer doing such justice to Grainger’s drum parts speaks volumes to the influence that DFA has in the city that bred them.

For these long-touring nomads, this homecoming was indeed a heartfelt one, and for two brief nights the audience and band alike mutually shared a common understanding of the concept of home.