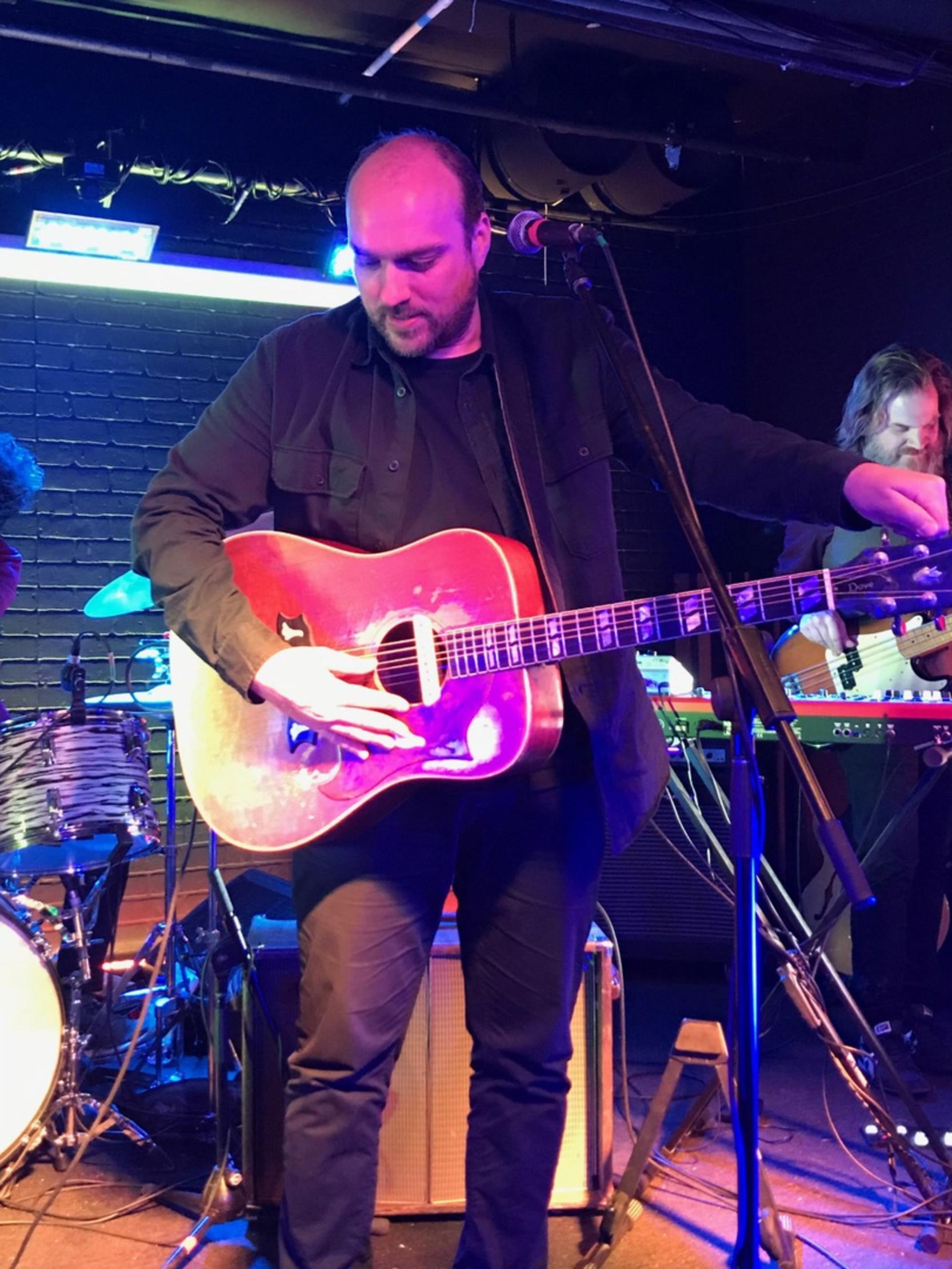 Former Sunny Day Real Estate frontman Jeremy Enigk finally made his way back to Toronto
after a thirteen year absence. The Seattle-based singer songwriter is touring behind Ghosts, his
first new record in nine years…well, I say new, but the fact is that the record came out in
October of 2017. In the past few years Enigk has been playing a number of shows celebrating
the anniversary of his now legendary debut album, Return of the Frog Queen, as well as
playing living room shows and taking part in a PledgeMusic campaign to fund the Ghosts LP,
but this is his first proper full band tour in quite some time.

After a thoughtful opening set from Enigk’s touring guitarist, Tomo Nakayama, Enigk took the
stage in his customary unassuming way and thanked the assembled for coming out and also
asking them when was the last time that he had played Toronto and with what band…he
couldn’t remember. The correct answer is 2006 with his solo band at the El Mocambo.
His set started with four from Ghosts, all of which had Enigk’s typical earnestness and soaring
vocals and all featuring beautiful acoustic guitar work from Enigk and a tasteful Telecaster from
Nakayama. “Light and Shadow”, “Amazing Worlds”, “Onaroll” and “Ancient Road” were the
chosen quartet and a good indication of where Enigk’s songwriting has been, more or less,
since Sunny Day Real Estate’s last record, The Rising Tide.

The crowd was warm and very receptive to Enigk’s set and he in-turn seemed very taken by
the response and spoke about how great it was to be playing new material. Though the night
was mostly about Ghosts, this tour has also given Enigk a chance to play some songs off of
OK Bear, his 2009 release that he never toured behind because of the Sunny Day Real Estate
reunion tour and then the ultimately aborted album sessions. He chose to play OK Bear’s piano
driven single ‘Mind Idea” and the simple, sparse shuffle of “Make Believe.”

Of the remaining songs that he played from the new record, “Victory” was the one that scored
the most points. Once again seated at the piano, Enigk belted out emotion filled lines like “in a
game of give and take / you always take too much” and then taking the chorus to a whole
other level. “I am Revolution” and “Days Design” were equally thoughtful but just not as
compelling as what had come before.

2006’s overlooked World Waits LP was summoned in the encore with the playing of two of its
most provoking tracks: “Canons” and “World Waits.” Both of these hit with all of Enigk’s
trademark full-throated passion.

As captivating as the night was, he truly saved the best for last. “Abegail Anne”, Return of the
Frog Queen’s opening track, was as glorious in concert as it is on record, even minus the string
arrangement. Enigk was fully in the moment with his inspired strumming and his body swinging
and swaying with the music…this was magical! The crowd was so taken by it all that they
refused to let Enigk go, chanting his name until he came back out. Clearly humbled by the
occasion, Enigk gave a simple thank you and stated that he “wasn’t expecting that”…a
breathtaking rendition of “Lewis Hollow” followed to close a spellbinding evening.

For those of us who pine for a Sunny Day Real Estate reunion, the wait will most likely go on for
a while longer, but in the mean time Jeremy Enigk is continuing to record and perform truly
remarkable music…get out and there and support him!