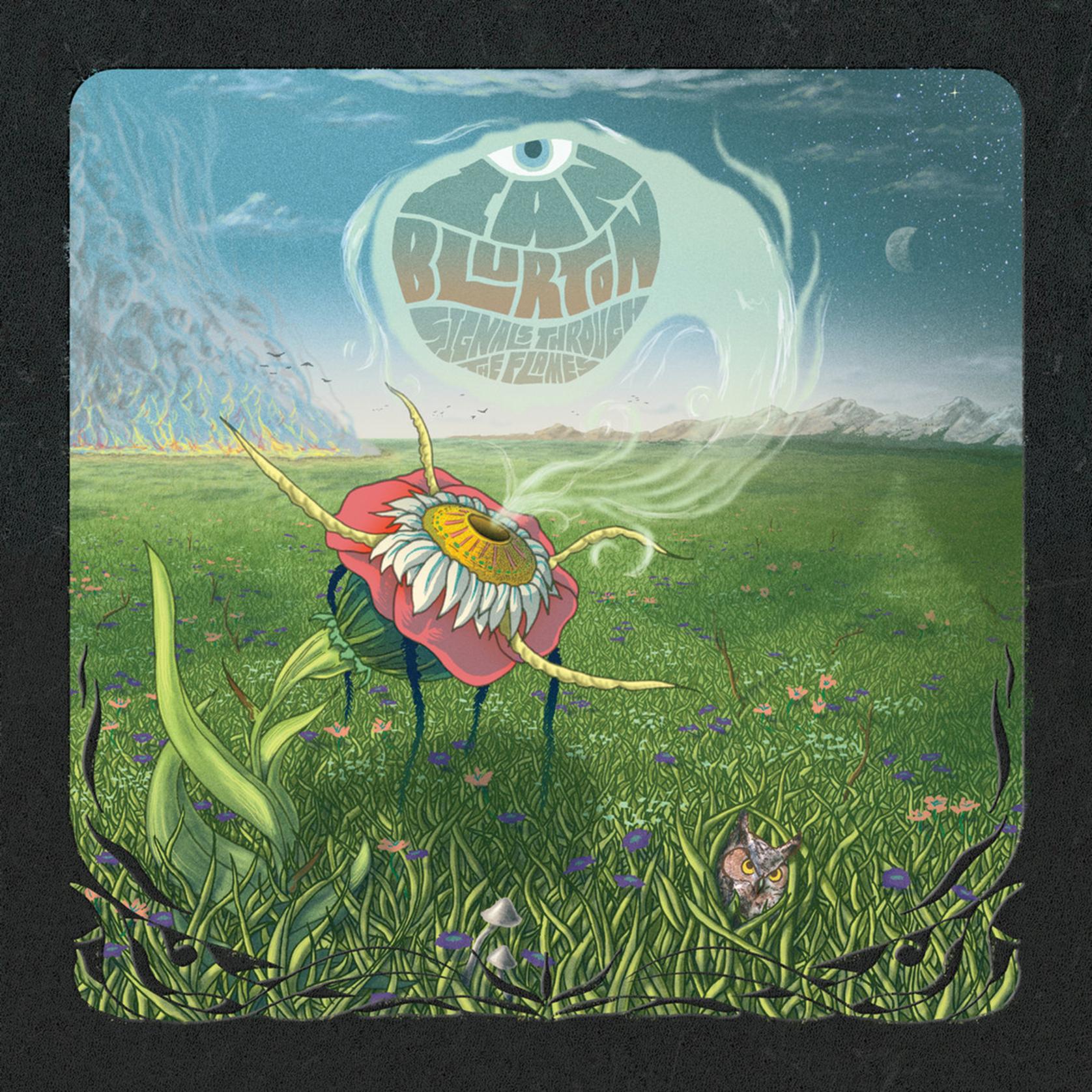 IAN BLURTON - SIGNALS THROUGH THE FLAMES

Much has been made of Sir Ian Blurton's prowess in the Canadian music scene, namely his thirty-plus years of experience playing in bands such as Change of Heart, Blurtonia, C'mon, and most recently Public Animal. Likewise, as a producer he has been at the helm of key records by The Weakerthans, Tricky Woo, Amy Milan, and Blood Ceremony. Having said that, the elusive "solo" record has evaded Blurton in the past. Blurtonia was always billed as a proper band effort, not a mere solo project. Likewise, his collaborative Happy Endings project with Hamilton rockers Huron was likewise a pseudo-solo effort, pseudo full-band project (think Neil Young & Crazy Horse but infinitely more psychedelic). So in many ways, Signals Through the Flames is Blurton's first proper solo release. Needless to say, patience is indeed a virtue and this record does not disappoint.

Starting with the foundation of the power trio format that made C'mon such a success, the nine songs that comprise Signals Through the Flames are built upon a guitar-bass-drums format, only to take that simplistic formula and crack it wide open into a new realm of infinite possibilities. The musical territory that is being tapped into here is the logical conclusion of the sound that was established on the swan song C'mon album Beyond The Pale Horse, a sound that has been further explored on the subsequent two Public Animal albums that came in the wake of the ashes of C'mon. Rather than relying on a single rhythm section to support him, a cast of players rounds out the sonic landscape on Signals. Every former Change of Heart drummer and percussionist makes an appearance here, with the lone exception of original COH drummer Ron Duffy. Likewise, some of Canada's foremost bassists make appearances on this record (Nick Sewell, Anna Ruddick, Eric Larock, Darcy Yates and PJ Dunphy). For those who have followed Blurton's long and meandering career, none of these names will be new to you. What is new is just how unabashedly heavy this new sound is.

The album opens with "The Eye of the Needle," a slow-burner that kicks you in the teeth merely a minute into the song. What proceeds is a sonic onslaught of guitars (infinite Blurtons as it were), a taste of what's in store for the rest of the album. The momentum keeps rolling with "Seven Bells," but it isn't until the Thin Lizzy inspired "Days Will Remain" that things get fun, casting the heaviness aside if only for a brief moment. Other standouts include the Y2K throwback "ICQ" ("I seek you/ you seek me") and the immensely heavy "Night of the Black Goat." However, the defining song of the album is the album-closer "Into Dust," the most significant Blurton composition since the 2010 C'mon classic "Fortress of the Night." Both slow, heavy, and immaculately calculated in its execution, "Into Dust" is the sound of a universe on the brink of destruction. It thematically pulls all the threads of Signals Through the Flames together and further extrapolates on the themes of infinity and the passage of time that Blurton has been exploring for well over a decade. In the end, all that remains is a decaying guitar tone, a fading signal, and the death of another decade of musical exploration. Into Dust, indeed.