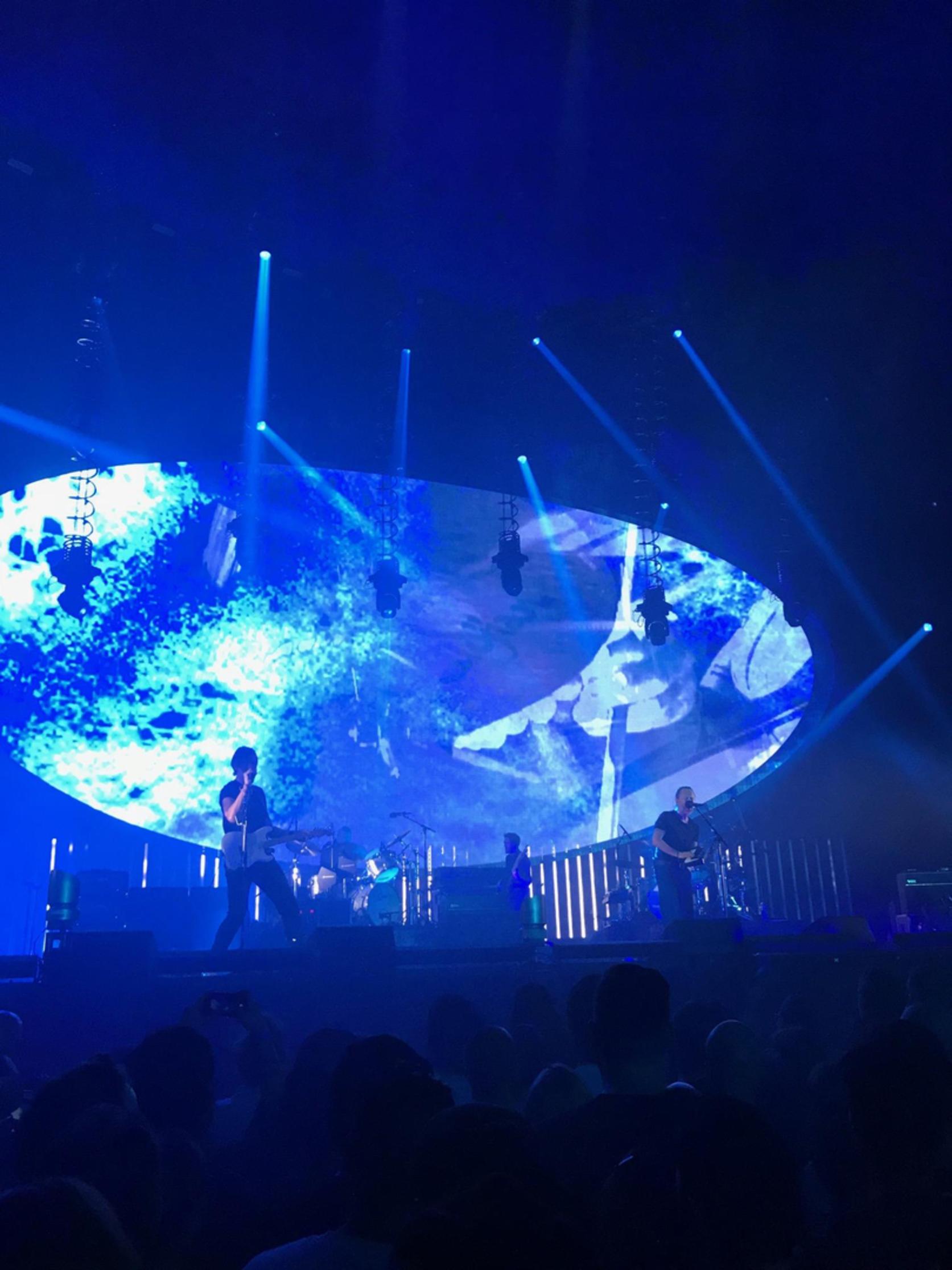 What were you doing ten years ago? That’s a long time ago and that’s exactly how long
it’s been since Radiohead last played Toronto. Now granted, they were set to play an
outdoor venue (Downsview Park) on their King of Limbs tour back on June 16th, 2012,
but that date is now an infamous one because the temporary stage collapsed roughly
an hour before the gates were set to open to the public, killing one of their road crew in
the process. The band, stunned by this tragedy, even briefly flirted with the idea of never
performing live again, much like Pearl Jam after their set at the Roskilde Festival ended
with nine dead, but chose to continue that tour, almost as a way of working their way
through the grief.

So here we are, ten years later, and Radiohead are a couple of years and more than a
couple of touring cycles into the push for the latest recorded effort, A Moon Shaped
Pool. Fresh off a brief tour of South America and a few cities into a North American
jaunt, the band find themselves in peak form, playing songs from virtually every era of
the band’s existence with each one sounding as urgent as the day they wrote it.
After an inspired opening set by the Israeli/Indian flavoured opener, Junun (featuring
Jonny Greenwood), the Oxford quintet (plus additional drummer Clive Deamer) eased
into things with the moody lullyabye like strains of the AMSP track “Daydreaming.”
Undoubtedly an odd choice as an opener, but it’s certainly one they’re familiar with as
it’s been the first or second song of every show of the A Moon Shaped Pool tour. Having
the techno grind of “Ful Stop” follow, helped to set a night of multiple mood and style
changes.

There were plenty of cerebral rockers on the first of the two Toronto dates: tracks like
“Myxomatosis”, “Airbag”, “Bloom” and “Bodysnatchers” hit the hardest, but the
melancholic “Morning Bell”, “All I Need” and “Videotape” seemed just as necessary.
Two standouts from the main set were the In Rainbows epic “Weird Fishes / Arpeggi”
and the electro shuffle of The King of Limbs cut “Feral.” A truly transcendental moment
came in the form of the audience participation of Ed O’Brien’s backing vocals on “Weird
Fishes”...spine tingling stuff!

The first of two encores was kicked off with “2 + 2 = 5”, quite possibly their best rocker
and most definitely a personal highlight. What followed was the sensual “Nude”, the
sublime “Lotus Flower”, “Identikit” and the rousing “The Tourist.”

After being brought back out for another go round, the band played energetic takes of
the Kid A staples “Everything In Its Right Place” and “Idioteque”, but this night was
always going to be about the moment that came next. After catching his breath from
“Idioteque”, Thom Yorke stood still at the microphone and his bandmates put their
instruments down and he proceeded to say this: “Six years ago, we wanted to do a
show in Toronto. The stage collapsed, killing one of our colleagues and friends. The
people that should be held accountable are still not being held accountable in your city.
The silence is fucking deafening!” And with that, and after a very disheartening and
uncomfortable one minute and fifty-two seconds of attempted moment of silence for the
fallen (drunken assholes always ruin everything) they have probably never played a
more meaningful “Karma Police.” The words “this is what you’ll get when you mess with
us” ringing very loudly indeed...are you listening Live Nation?

Simply put: one of rock’s most important bands ever playing a show that oozed passion
and expertise! Brilliant!!