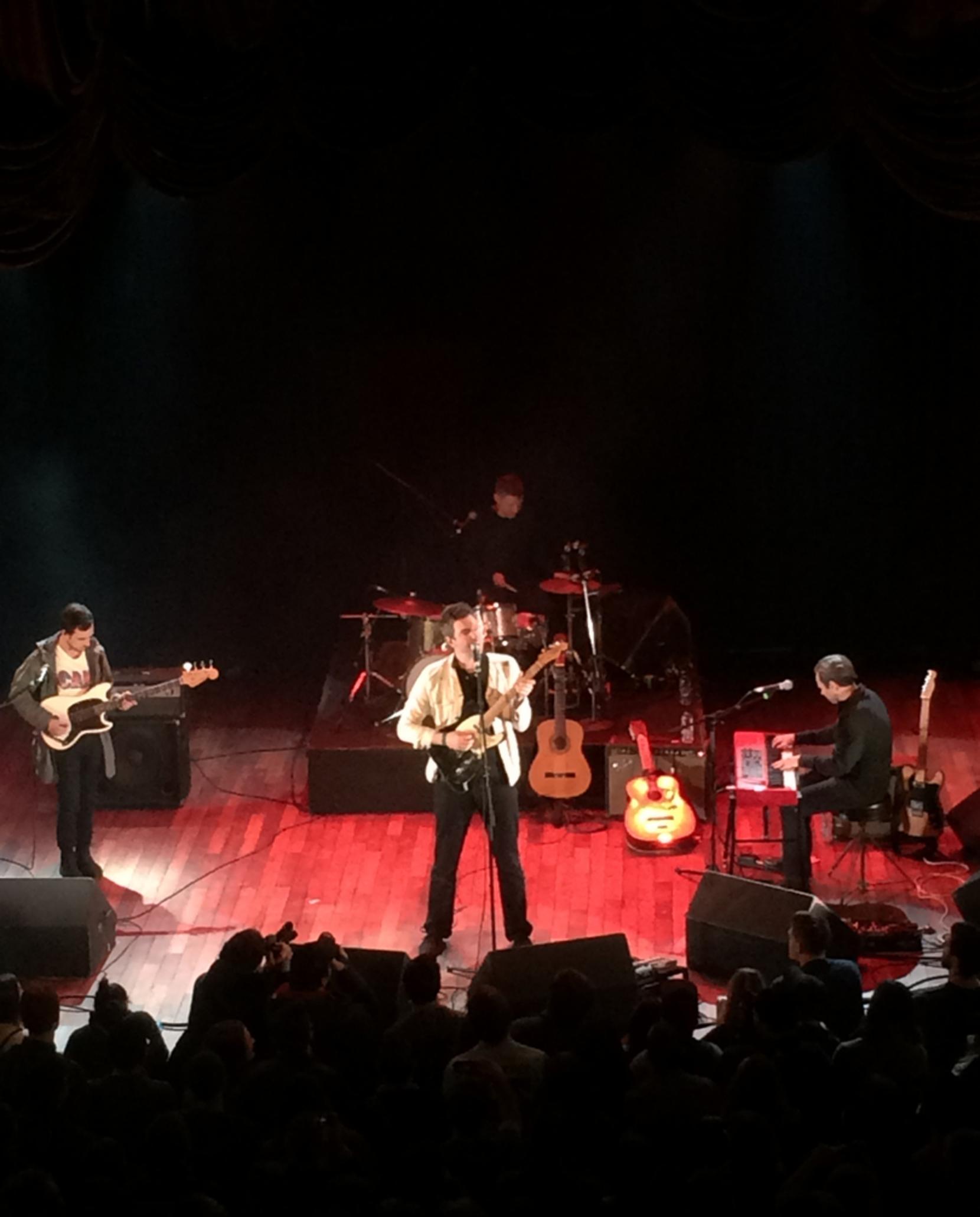 They say the more things change, the more they stay the same...well, I guess we can
apply that logic to Toronto visits made by Hamilton Leithauser. The past two January
20ths saw Leithauser playing at The Drake and The Dakota, respectively, and though
it’s a shame we weren’t able to go for a threepeat of live performances on that particular
date, we came relatively close. As was the case on his previous two visits, Leithauser is
touring behind new material - this time it’s the exquisite I Had a Dream That You Were
Mine, recorded in collaboration with ex-Vampire Weekend man Rostam Batmanglij.
Batmanglij, who also produced the album, is not on this tour, but his exotic
arrangements were more than adequately recreated by Leithauser’s band, which
included Greg Roberts from White Rabbits on bass and former Spoon man Eric Harvey
on keys and guitar.

After the melodic opening set provided by Lucy Dacus, a set which reminded of early
Cat Power, it was up to Leithauser to delight a sold-out Opera House. Of course the I
Had a Dream material was going to be the central focus of the night and in keeping with
that, the band kicked the night off with that album’s “You Ain’t That Young Kid”, “Sick as
a Dog”, “When The Truth is...” and “Morning Stars”. It was after this collection of new
songs that a very loud female voice from the audience began pleading with Leithauser
to switch off the vocal effects because, to quote her: “we love your voice.” When she
repeated her request one song later, a fellow audience member demanded that she
“shut the fuck up!”

With a lot of the new material out of the way, Leithauser made a pivot back to 2014’s
Black Hours and brought out the rousing pop single “Alexandra” and the more subdued
“I Retired”...another song written with Batmanglij, and Leithauser explained that rather
than it being a song seemingly about them quitting their long running bands, it’s a song
about finding the inspiration to keep going.

After the twelve song set was out of the way all that was left to do was to tackle the one
song encore...and for this tour that song has been “1959.” Lucy Dacus was called back
into action to handle the dreamy female vocals that the song requires...her constant
refrain of “one day I’ll stop to listen” floated out the Opera House doors and down
Queen Street as people headed for home...as if it was all just a lullaby.