It was the best of times, it was the worst of times! Unfortunately for Torontonians, April
23rd will forever hold a place of immense sorrow, given that it was the date of the
horrendous Yonge Street van attack, but of course life must go on and in the case of a
few hundred lucky concert goers, that meant an incredible alternative rock double-bill
featuring The Afghan Whigs and BuiltTo Spill. Of course it’s incredible value for your
limited concert ticket budget, but it’s an odd musical pairing...the high energy soul rock
of The Whigs, as opposed to the more dreamy Crazy Horse-like extended jams of Built
To Spill. chorusVERSEchorus was lucky enough to catch The Afghan Whigs’ last show
when they swung through Toronto touring behind their recently released new LP In
Spades. Likewise, we were just as fortunate to catch Built To Spill’s last Toronto gig, at
this very same venue two years ago, when they were still touring behind their stellar
2015 release, Untethered Moon.

The Whigs wasted no time in getting down to business, as they opened their night with
the In Spades rocker “Arabian Heights” and then they kept the intensity up with Due To
The Beast’s “Matamoros.” Now you would think that after those two intense hits of rock
that the crowd would be buzzing, but I’m sad to say they were met by a relatively flat
response. Hard to say if it was the fact that everyone is was still in a state of shock over
the trauma earlier in the day, or maybe it was just a Built To Spill crowd, but either way it
was disappointing to see The Whigs fail to win over this audience.

Their set relied heavily on their two post-reunion records, Do To The Beast and In
Spades. Of the twelve songs played, nine were from one of those LPs and for my
money “Algiers”, “Demon in Profile” and “The Lottery” were the cream of the crop.
It has to be said that for a band with as good a back catalogue of music as The Afghan
Whigs have, to only play two songs from those years is absolutely ridiculous. I get that
an artist needs to feel relevant and to play what they want to play, but this setlist borders
on insulting.

Before the rest of the band played the coda to “Into The Floor” to end their half of the
evening, Whig main man Greg Dulli summed up the mood perfectly when he said “
Enjoy the rest of your evening, Enjoy the rest of your spring. Enjoy your summer. Enjoy
your motherfucking lives, because that’s all we got. Love each other!” well said indeed!
A quick stage change later, which included Built To Spill themselves acting as their own
techs (as usual), and we were off and running with the headline set from the Boise
natives. In contrast to The Afghan Whigs, the beauty of a Built To Spill show is that you
can get any song off of any album at any given time...and on this night they chose to
open with “Time Trap”, a beauty from 1999’s classic LP, Keep It Like a Secret.

For the last fifteen years or so, the band has played with Brett Netson and Jim Roth on
additional guitars and it allowed for every possible guitar line to be played from any
song, but now with Built To Spill trimmed down to a trio, head honcho Doug Martsch has
taken all the responsibility on himself to recreate the guitar heroics. A song like “Time
Trap” is a perfect example of where Built To Spill is now...Martsch was able to keep the
rhythm parts, but amazingly he was able to work in many of the signature lead parts as
well.

From there, they work able to cross the entire spectrum of Martsch’s recorded legacy as
Built To Spill, playing at least one song from every record and giving Keep It Like a
Secret the most love by playing three selections from it.

So many tasty morsels to choose from, but on this night, and to my ears at least, the
absolute best were “Hindsight”, “I Would Hurt a Fly” and “The Plan.” And of course, it
wouldn’t be a BuiltTo Spill show without a cover or two thrown in for good measure, and
on this tour The Pretenders classic “Back on The Chain Gang” is the staple...and so
majestically played to! Another song that’s been a favourite on this jaunt is one of
Martsch’s stunners from his time in The Halo Benders: “Virginia Reel Around The
Fountain”...always mesmerizing to hear and a perfect song to end their night with!
There was an excellent new song in the set, very much in the mold of material off of
Untethered Moon, and setlist.fm tells me that it’s called “Understood”...fingers crossed
that it won’t a hundred years before we get a new long-player.

So when it was all said and done, we got to experience two of alternative rock’s more
enduring acts on one bill and what a treat it was. I’ve been fortunate enough to attend a
combined twelve performances by these two bands and not a single time was ever left
wanting...long may it continue! 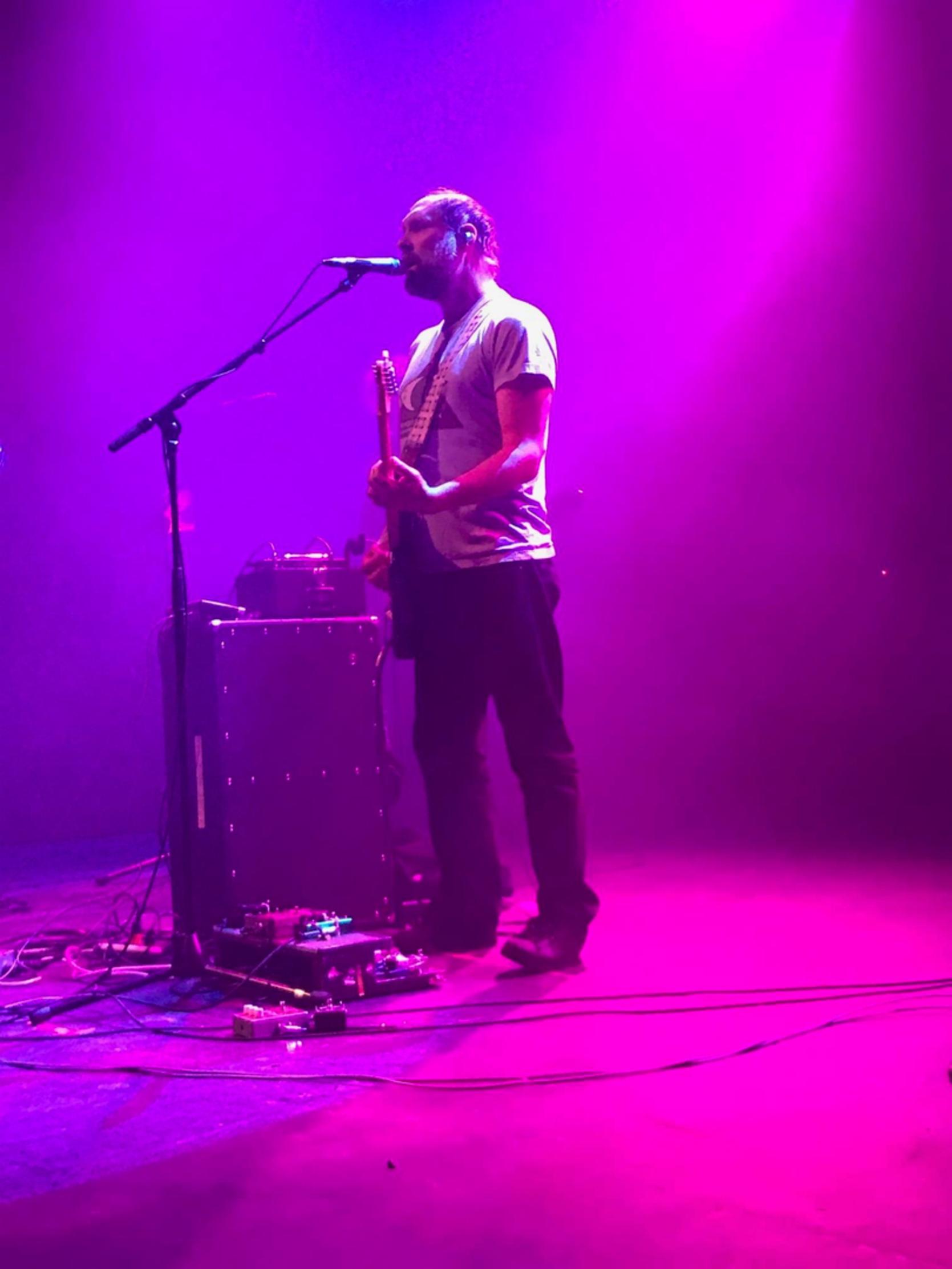