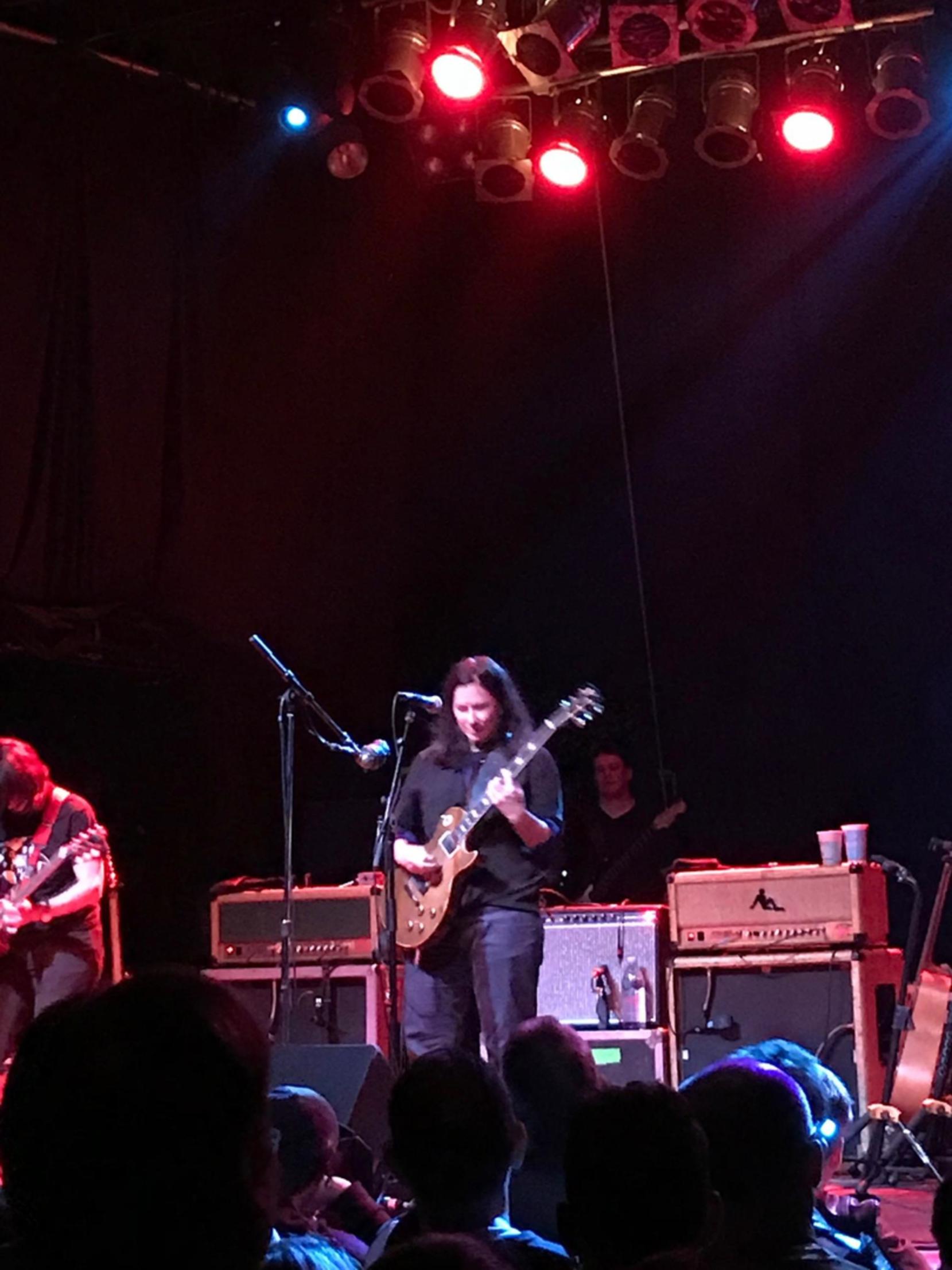 Dayton, Ohio’s favourite sister act, Kim and Kelley Deal, are back...and oh yeah, so are
Josephine Wiggs and Jim Macpherson (aka: the Last Splash era Breeders line-up). The
four piece is out on the road in support of their stellar new LP, All Nerve. The last time
these four individuals played together (outside of 2013’s very successful Last Splash
anniversary tour) was on the 1994 Lollapalooza tour supporting the 1993 smash hit,
Last Splash. The band dissolved not long after due to Kelley Deal’s heroin drug bust,
and so The Breeders as we had come to know them was put to rest. A couple of years
later Kim Deal attempted to record a Last Splash follow-up with different personnel, but
it ended in failure until she brought Kelley back in and drafted a new rhythm section for
2002’s very underrated Title TK. The same line-up went on to release 2008’s Mountain
Battles...all coming out via 4AD Records. Of course, I don’t need to tell you about that
little Pixies reunion that Kim was apart of until she fled the band during the recording of
their first new LP in twenty-one years, right?

I was fortunate enough to catch them on that ’94 Lollapalooza tour and my feeling then
was that Deal was a magical songwriter, but it felt like the live show could fall apart at
any moment. Having also witnessed their Title TK and Mountain Battles tours, it was
very apparent how age and sobriety had improved The Breeders live
performance...though one thing has never changed: the Deal sisters’ wacky on-stage
banter! The 2018 Breeders is really not all that dissimilar to the 1993/94 version: Kim
and Kelley’s on-stage hijinks, the utterly unique songwriting, Josephine Wiggs’ deadpan
humour, and Jim Macpherson’s non-stop snare rolls...this is what you got in 1993 and
it’s no different now.

They kicked things off with a staple: Last Splash’s first song, “New Year.” Sounding
every bit as vital as it always has and a staggering start to the show. They kept up that
momentum with All Nerve’s first single “Wait in the Car”...Kim sounding menacing with
the lines “I got business” and “strategy’s for punks.”

Technical issues threatened to derail the awesomeness that was taking
place...unfortunately we came all too familiar with “Josh the roadie” as he spent a lot of
time on stage trying to figure out why Kim’s pedals were melting down.

They were able to right the ship with a nice mix of new and old songs; ‘All Nerve” and
“Dawn: Making an Effort” sounding like they have been in the set for years next to the
old classics like “ Glorious” and my personal favourite, “Safari.”

The night came down to a compelling duel between material from All Nerve and Last
Splash...it was a draw when it was all said and done: eight songs from each record. All
Nerve’s best stuff came in the form of “Skinhead #2”, the haunting “Walking with a Killer”
and the Josephine Wiggs-sung showstopper “Metagoth.”

Pixies fans came together as one at the end of the twenty-one song set when Deal
picked the instantly identifiable bass chords of “Gigantic.” Reclaiming the song as her
own was a wonderful sight to witness, but I’d be lying if I said my mind didn’t rush to
dream of her writing some of this amazing new material for a Pixies album.

A perfect three song encore (“Saints”, “Nervous Mary” and “Do You Love Me Now?”)
capped the night and it seemed that everyone went home with a smile on their face.
Kim Deal has proven to be one of the more unique songwriting talents of her generation
and it’s thrilling to hear that there seems to be plenty more where all that came
from...and so good to see the classic Breeders line-up put back together again...now if
we could just get Tanya Donelly and Britt Walford on the phone!