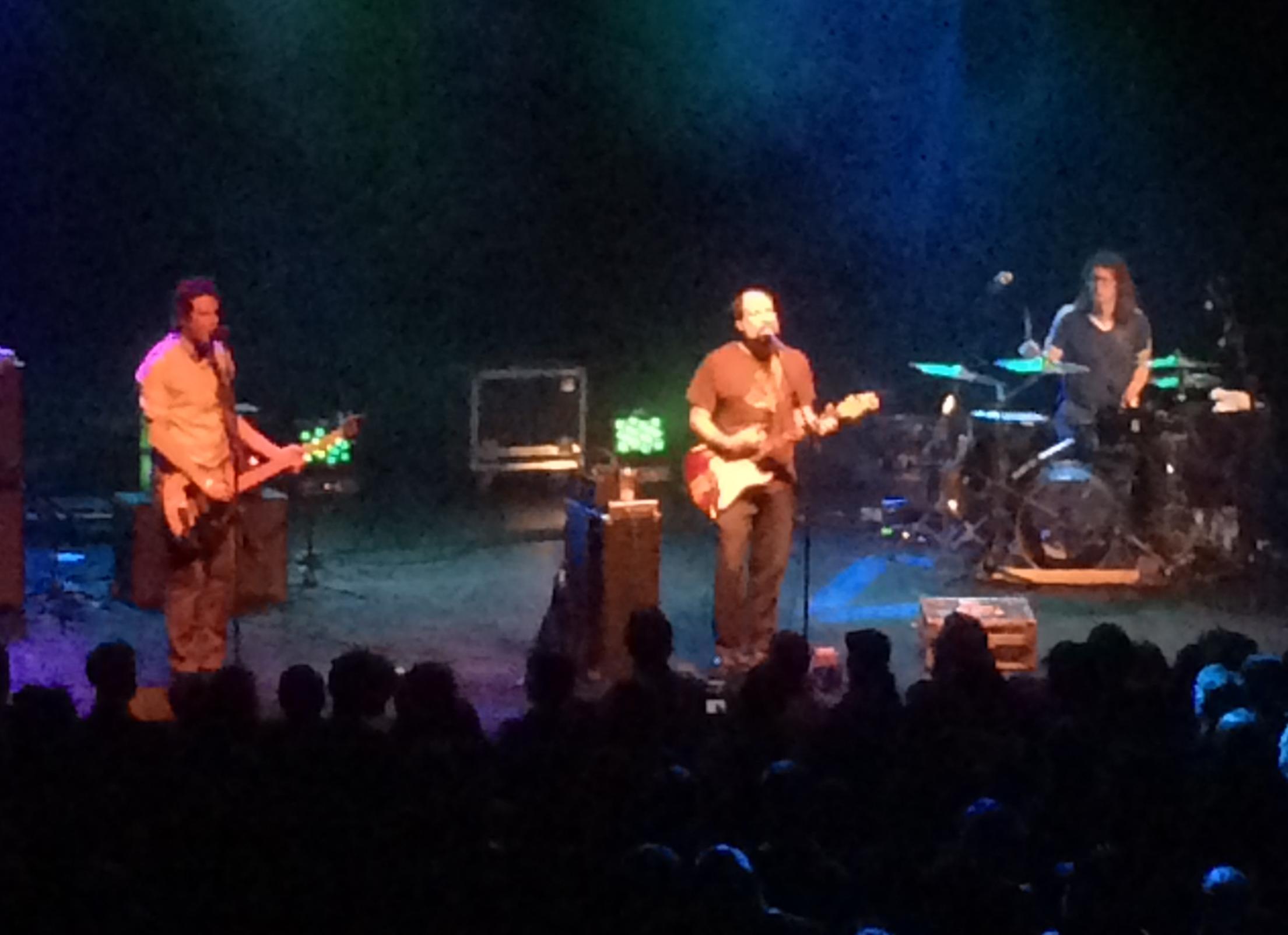 Coming just over a year since their last Toronto appearance, Boise, Idaho’s favourite
sons, Built To Spill have come back to town to play their largest ever headlining show.
Still touring on the back of last year’s excellent Untethered Moon, the band configuration
looks a lot different than it did when they played last year’s T.U.R.F. For seemingly ever,
the band has played with three guitarists, but with Brett Netson and Jim Roth now on
the sidelines, Doug Matsch’s guitar godliness is now on the next level. Since Martsch is
playing the parts of what three guys use to handle, the setlists have been paired down
in order to accommodate the workload. Steve Gere and Jason Albertini remain on
drums and bass, respectively.

In typically understated Built To Spill fashion, the guys were already up on stage teching
their own instruments, so there was no need for any kind of dramatic intro to the show.
With nothing more than the nod of his head, Martsch led the troops through the Perfect
From Now On epic, “Kicked It In The Sun.” A tough song to get through at the best of
times, even with three guitar players; Martsch expertly navigated through the song’s
signature guitar phrases like it was just a walk in the park.

As usual, Martsch had precious little to say, but you could tell that the size of the show
had an effect on him because he did let slip that, “Gotta know our set list, cause this
place is so giant!”

Built To Spill have never been shy about adding covers to their sets, hell, they’ve done
full shows that were nothing but covers! On this night, and judging by Setlist.fm, plenty
of nights beforehand too, the trio broke out their CCR cover of “Effigy”...and a damn
groovy one it was!

The encore was a solid trio of every era of Built To Spill: the late period was covered by
“Liar”, the classic mid was handled with “Randy Described Eternity”, while the early
years were indulged with the fan favourite, “Car.”

Whether as a five piece or as a three, Built To Spill have proven that the numbers really
don’t matter...but the songs always do!