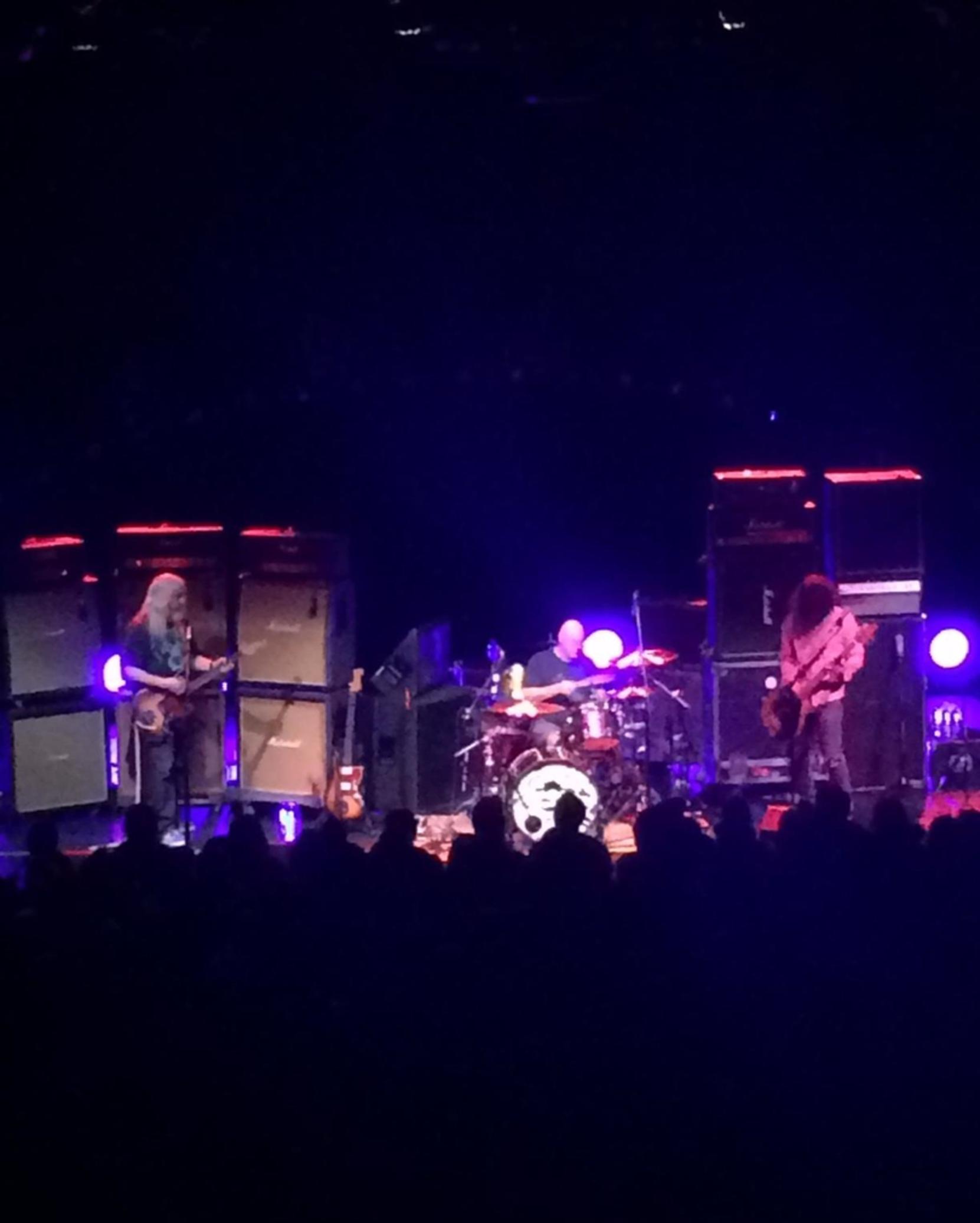 Dinosaur Jr brought out the freak scene to the Danforth Music Hall on a chilly March
night...and my how the freaks left happy. The finest power trio in alternative rock this
side of Shellac, the Amherst, Massachusetts bred band continue to pummel audiences
the world over and show no signs of slowing down. Since reforming in 2005, the band
has released four solid albums; the best of the bunch being last year’s stellar Give a
Glimpse of What Yer Not.

Certainly never ones for any kind of fancy on-stage dynamics or even minor stage
banter, so it was hardly surprising that the band just got down to business simply by
ambling on to the stage and ripping into the You’re Living All Over Me classic, “The
Lung.” Whatever the band may lack in terms of audience interaction, they more than
make up for with volume and precision...and that was certainly the case with the fan
favourites “Get Me”, “The Wagon” and “Pieces.”

The scene was exactly the same as it’s always been: J Mascis shredding his
Jazzmaster in front of a wall of Marshall amps on the right of the stage; Murph breaking
drumsticks like they’re going out of style and Lou Barlow strumming that bass with a
manic energy, while his hair completely covers his face.

Dinosaur Jr are always good about playing songs from their entire catalogue and this
night was no different as they touched on ten of their eleven studio efforts. Particular
highlights were the Where You Been single “Start Choppin”, You’re Living All Over Me’s
fuzzy pop nugget, “In a Jar” and Bug’s alternative rock anthem, “Freak Scene.” Hey, did
I just see stage diving? Damn right I did! A throwback night in so many respects!

Of course the band is touring behind Give a Glimpse of What Yer Not and so that meant
that would we would be getting a generous helping of that material. They obliged by
playing he two catchy singles “Tiny” and “Goin Down” as well as the sludgy “I Walk for
Miles” and the Barlow-penned “Love is...” .

Dinosaur Jr has always been a brute force live (doesn’t hurt being the loudest band
alive, aside from My Bloody Valentine!) and they’ve wound up being one of the most
consistent studio acts too...whatever the future holds, let’s hope it’s one with tons more
Dinosaur Jr!