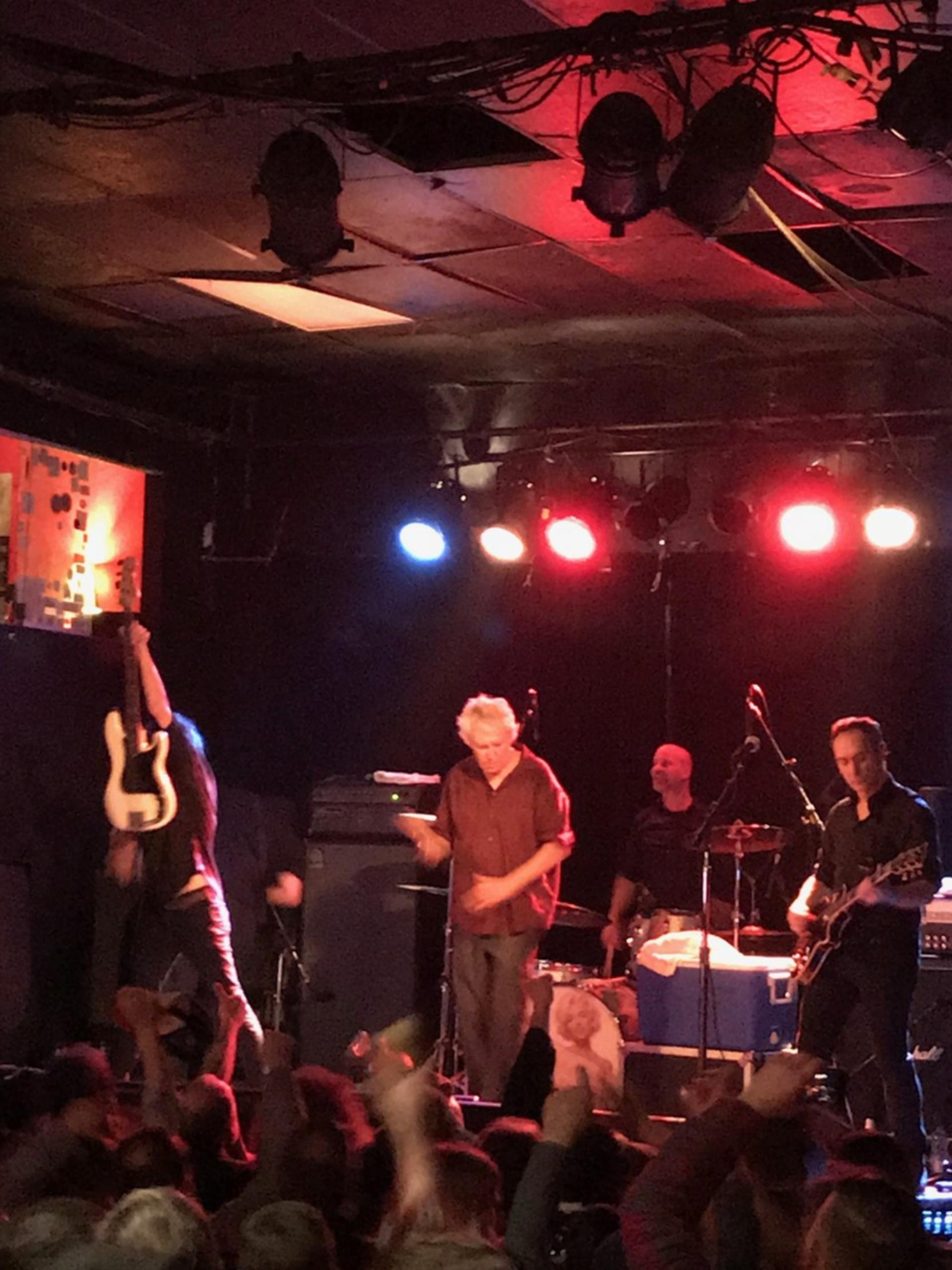 “Uncle Bob” from Dayton, Ohio finally came back to rock Toronto properly! Robert Pollard has
been playing in Guided By Voices since 1983 and over that time the band (and with a multitude
of different line-ups) has released twenty-six albums, has written, literally, thousands of songs,
and endured one extended hiatus. To say Pollard is prolific would be akin to saying that the
Sun is warm…an understatement! After finding success with 1994’s critically acclaimed Bee
Thousand LP, Pollard has maintained an unrelenting pace of both record releases and live
shows…and not just in Guided By Voices either. Between GBV, solo albums and numerous
other side projects, Pollard has now released over 100 LPs.

The last number of years for Guided By Voices has seen a reunion of the so-called “classic
line-up” of the mid 90s, which included releasing six records in three years and numerous
successful touring stints. Pollard put the kibosh on this bunch for the second time in 2014 and
has stitched together the current incarnation of GBV that once again features guitarist Doug
Gillard (1997-2004), drummer Kevin March (2001-2004), as well as new recruits Bobby Bare Jr.
(guitar) and Mark Shue (bass).

The band is still touring behind their three 2017 releases: August By Cake, How Do Spell
Heaven, and Space Gun…and material from these records was featured prominently in their
Lee’s set. Pollard was well aware of how few shows Guided By Voices had played in Toronto
over the last number of years and he said as much from the stage, but he promised “to do it for
us all night long!”

This being a Guided By Voices show, you could depend on several things: numerous chants of
G B V, at least one cooler of beer on stage, no fewer than fifty songs being played, a handful of
Pollard scissor kicks and Roger Daltrey-like microphone twirls and everyone seemingly having
the time of their life!

There were new songs (“KIng 007”, “Warm Up To Religion”, “Space Gun”). There were old
songs (“Lord of Overstock”, “Official Ironmen Rally Song” “My Valuable Hunting Knife”). There
were classic songs (“A Salty Salute”, “Tractor Rape Chain”, “Gold Star for Robot Boy”. There
were fan favourites (“I am a Tree’, “Glad Girls” “Game of Pricks”).

With forty-two songs in the books and after having passed out most of his remaining beers to
the folks in the front row, Pollard and his band of merry men returned for the encore…which
Pollard prefaced by saying: “We only do one encore…but it’s forty minutes long though…a ten
song encore!” Led Zeppelin only did a two song encore!” Pollard was ultimately proved a liar
however, because the band came back for another go round with “My Valuable Hunting Knife”
and the go-to GBV cover of “Baba O’Riley.”

Robert Pollard and Guided By Voices are an indie rock institution and no matter what collection
of musicians are playing behind him in any given incarnation, it’s always a special occasion
when you can spend a couple of hours with Dayton’s finest. The only shame of it all is that it
took so long for them to come back to a Toronto club.