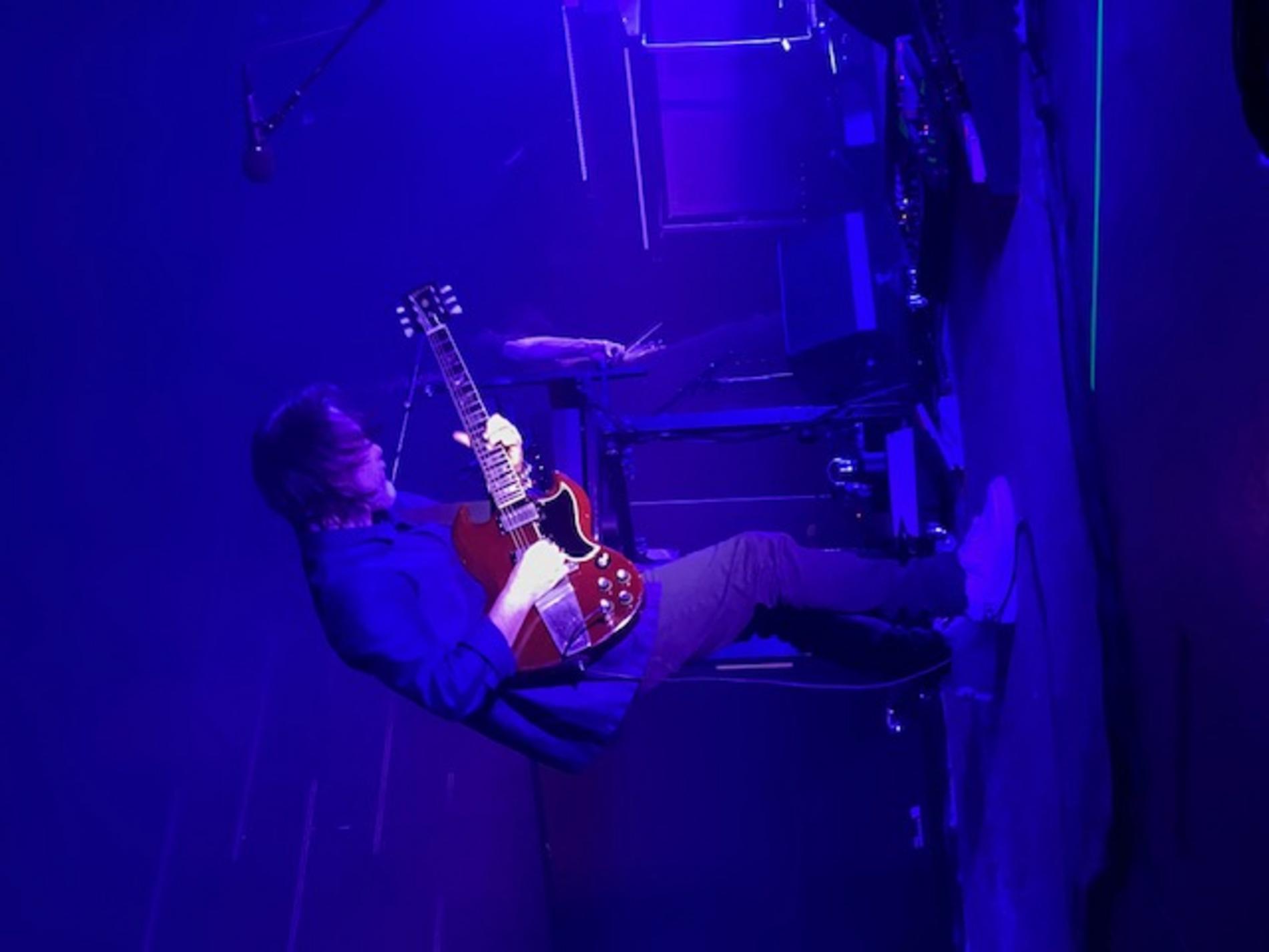 What do you get when you take Radiohead’s Thom Yorke and Jonny Greenwood and add
drummer Tom Skinner? Well you get The Smile, and they brought themselves and their debut
album, A Light for Attracting Attention, to Massey Hall on a recent Saturday evening. It’s been
four years since Radiohead has done anything of note, but that’s not to say that Yorke and
Greenwood haven’t been keeping busy. Yorke released another solo album and has done some
soundtrack work, while Greenwood has a long history of scoring films. They debuted The Smile
at the 2021 Glastonbury Festival and released their first record earlier this year.
After a quite experimental, if tedious, set by opener Robert Stillman (who also happens to be
the touring sax player for the band) it was time to welcome Yorke and Co to the legendary
Massey Hall stage, and they kicked off with A Light for Attracting Attention’s lead track, the
melancholy “The Same.”

The bpm picked up with “Thin Thing”,“The Opposite” and “We Don’t Know What Tomorrow
Brings”, all of which featured Yorke handling bass duties with considerable aplomb and
Skinner’s drums coming to life live in a way they never did on the record...no doubt I’m doing
him a diservice here: his playing added a multitude of layers. Greenwood is likewise
Though the show was of exceptional quality, a few tracks really struck out from the others.
“The Smoke” had a sensual groove not often heard on Radiohead records, while “You Will
Never Work in Television Again” rocked harder than most anything Yorke and Greenwood have
ever put on tape. “Pana-Vision”, likewise was a far more imposing track in a live setting.
Good news for fans of the band is that there would also seem to be plenty of new material for a
second album. They offered up a laid back “Bending Hectic”, a jazzy/psychedelic “Colours
Fly”, and the somewhat math rocky “Read the Room”, whetting the appetite for all in
attendance.

The night ended with a seriously groovy Yorke solo cut. “Feeling Pulled Apart By Horses” was a
single originally released way back in ’09, but here it’s been repurposed beautifully in a live
context. Again, Yorke slays all comers with another killer bass line and the rest of the band falls
into lock-step behind him in this hypnotic banger.

Back in the summer guitarist Ed O’Brien was quoted as saying “there’s nothing going on with
Radiohead at the moment”...and there may never be again, though I seriously doubt it. I once
said to a friend that I could live without Sonic Youth if Thurston Moore kept making records this
appealing...and in all honesty, I could say the same about The Smile and Radiohead!