For any longtime followers of Canadian rock legend Ian Blurton's lengthy career, one which spans such bands as Change of Heart, Blurtonia, C'mon, and more recently Public Animal, 2019 marked the beginning of an exciting new chapter with the birth of his latest project, Ian Blurton's Future Now. Conceived initially as a solo album, Signals Through the Flames, the live band is rounded out by Glenn Milchem of Blue Rodeo fame, Aaron Goldstein of Espanola, and Anna Ruddick who has played with Randy Bachman and more recently City and Colour among many others.

chorusVERSEchorus recently had the opportunity to shoot the breeze with Sir Ian himself to discuss all things Signals Through the Flames and what's in the future for the Future Now!

CVC: 2019 proved to be a successful year for you in terms of getting Signals Through the Flames self-released on Pajama Party and touring the record across Canada with the Future Now band. How did the relationship with Seeing Red Records come about, and are there any plans to tour in the U.S. now that the album has been picked up by an American label?

IB: It was a good year......played a bunch of killer shows, the record seemed to strike a chord and the support thus far has been awesome. I really can't say how much I appreciate anyone who took a chance on the band esp as there was so much great music last year.

Thomas from Seeing Red contacted me a couple of months ago about doing a cd version of the record and it seemed like a great idea as we'd had some people asking about getting one. With regards to touring the US I wouldn't say no to the right opportunity.


CVC: One of the cooler aspects of the expanded release of Signals on Seeing Red is the inclusion of a cover of Gun's "Race With the Devil," previously only available on an extremely limited lathe release. Why the decision to cover this particular song?

IB: Because it rips, is one of my fav songs of all time and is a gas to play. It also crosses through the history of heavy music with Judas Priest, Black Oak, etc covering it and the Girlschool version (which rules) was produced by one of my favorite producers Vic Maile.

CVC: Back in the fall you began recording the follow-up to Signals Through the Flames in Alberta and have seemingly been doing further recording in Toronto at ProGold. How far along is the new album, and what are some of the major differences in approaching this album as opposed to Signals? Is the songwriting more of a collaborative effort from the Future Now band, or are these primarily your own compositions?

IB: Future Now got the opportunity to record beds for our next record on The Rolling Stones Mobile at the National Music Centre in Calgary and I knew one of the things I really wanted to incorporate were the Mellotrons that they have there. So the record is alot proggier and heavier than the first, roughly 60% complete and I'm hoping to have a new jam out soon.

I'm still writing the toons but Glenn was there through most of the demoing stage (we did come up with one section together that might be in 14/7) and everyone takes care of their own parts.


CVC: By all accounts there is a third Public Animal album that has been recorded and ready to go for some time. Are there any plans to release/tour this album in 2020, or is the plan to keep rolling full steam ahead with Future Now for the rest of the year?

IB: Public Animal has 21 songs recorded but so far only 3 have been mixed. Would love to get a EP out sometime in the summer. I doubt there will be much touring though as everyone in PA is pretty busy. As far as Future Now goes it'll probably take a couple more months to finish up the new record so it probably wouldn't be out until the fall sometime.

CVC: For the better part of the last 35-years you've operated almost exclusively on independent labels, with the exception of a brief stint on Virgin in the 90's. With this forthcoming expanded release of Signals on Seeing Red Records, would you say that your commitment to stick with independent labels and self-releasing albums has allowed you to maintain creative control throughout your career? Have you ever felt at a disadvantage for being so firmly committed to this independent approach?

IB: I think it really depends on the people you are working with. I have had great and bad experiences with both major and independent labels.

For the most part I've been lucky to have control over my output musical and otherwise and I think that's what I probably care about the most as opposed to indie vs major. For better or worse I own or co-own (with bandmates) every master recording I've ever done.

CVC: In addition to writing, recording and playing live you are also a very active producer. Are there any interesting projects that you are producing at the moment that you'd like to highlight?

IB: Sure, Dead Messenger from Montreal made a banger last year that should be out soon. I'm currently working on a solo record of weird pop for Lee Rogers, about to start mixing the new UIC record and a couple of sweet re-issues coming soon are Sick Things self titled debut on Yeah Right Records and Tricky Woo Sometimes I Cry on Bonsound/Burger.

CVC: In the wake of the news of Neil Peart's passing, did Change of Heart ever get the opportunity to play any shows with Rush back in the day?

IB: No we never did but certainly tried when Rob Higgins was in COH. Would have been a dream gig. Was very sad when I found out about Neil, almost like a piece of Canada's fabric was ripped away.


CVC: Is there anything else on your plate for the rest of 2020 that fans might be interested to know about?

IB: Working on a EP with J Anderson from Biblical/Big Sound that's groove oriented (Can/Fela/JBs) and starting to try out some ideas for a quiet record that I'll probably never up doing. 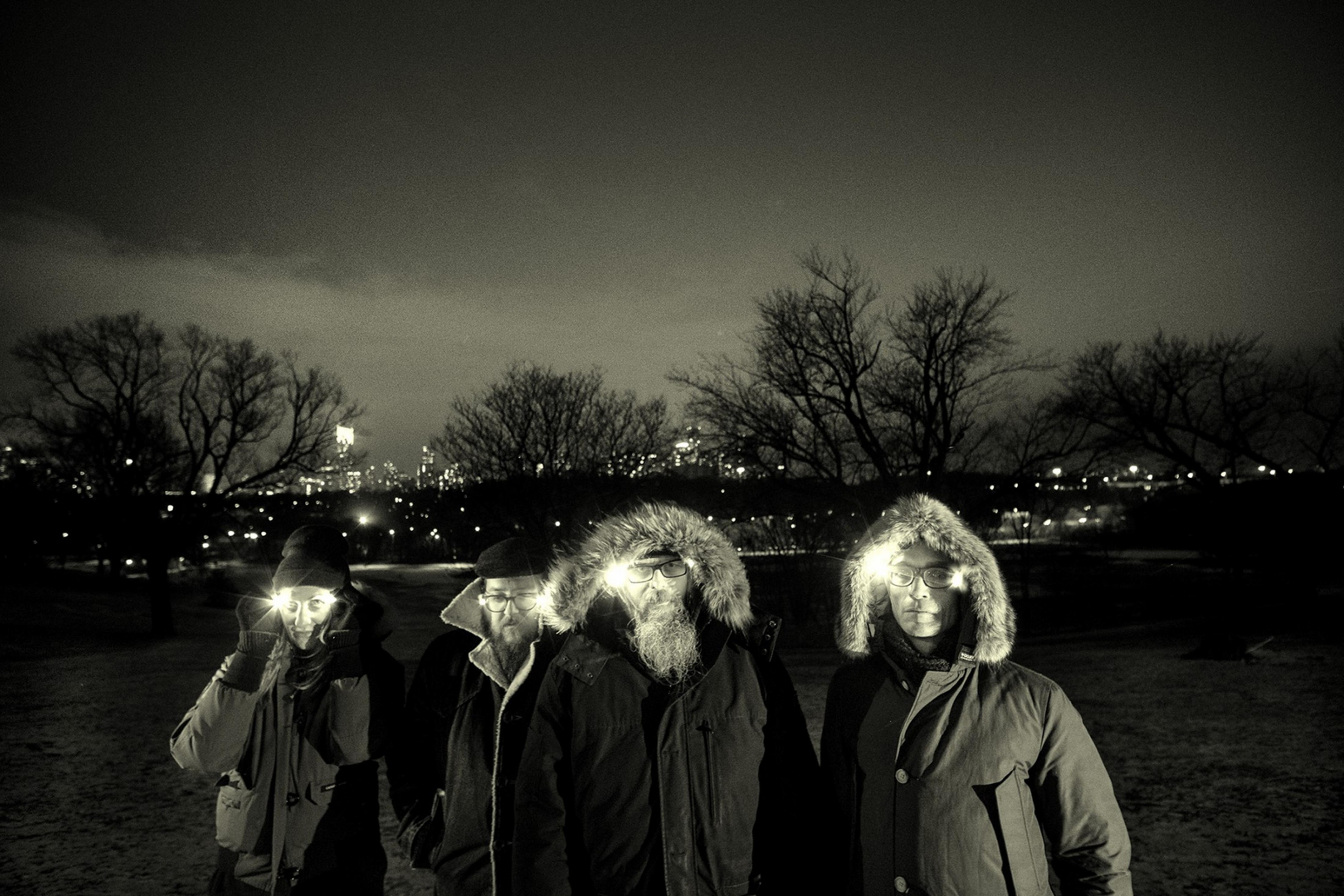