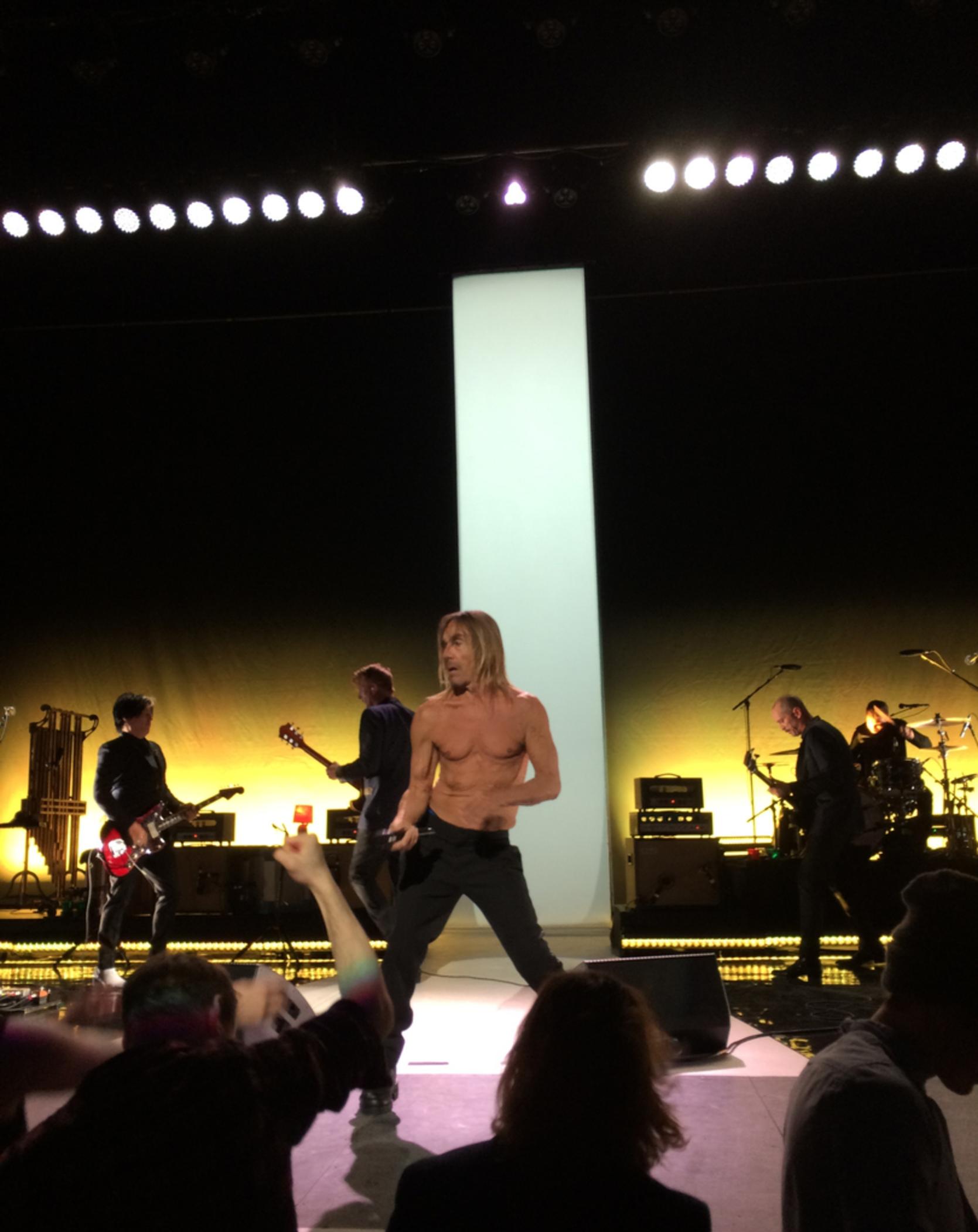 ​James Osterberg has come to us in many guises through the years: as The Stooge, The Idiot, The Passenger, but most prominently as the one and only, Iggy Pop! The punk icon has spent the better part of the last decade enjoying the success of The Stooges second incarnation, as well as releasing some, shall we say, left of centre solo records. Now, however, it’s time for a full blown solo Iggy renaissance and what better way to do it than releasing his best album in more than twenty years and going on tour with Queen of the Stone Age main man Josh Homme. Over the last year, Pop and Homme began emailing song ideas back and forth to one another and then the next thing they knew, they were recording an album together with Homme producing and putting together the all-star band that consisted of Queens of the Stone Age and Dead Weather’s Dean Fertita and Arctic Monkeys drummer Matt Helders. The record, entitled Post Pop Depression, successfully weaves a trail back to Pop’s celebrated 1970’s records, Lust For Life and The Idiot, which Homme maintained was his inspiration for putting the new songs together. Post Pop Depression succeeds because it draws from his legacy, while maintaining his dignified, elder statesman status

The accompanying tour for the album features a veritable who’s who of modern rock musicians: we have three fifths of Queens of the Stone Age (Homme, Fertita and Troy Van Leeuwenz); Chavez’s front man Matt Sweeney, as well as the aforementioned Matt Helders.

The sold-out Sony Centre seemed like a very suitable venue for such an occasion, as it offers a rather formal concert going experience, and the band certainly lived up to the surroundings, coming out dressed in matching suits, aside from the fact that Mister Pop wore no shirt under his jacket. After the giant white curtain that hid the stage fell to the ground, we were off and running with the first showstopper of the evening: “Lust For Life!” With Pop running from one side of the stage to the other singing of liquor, drugs and lotion, Homme shared smiles of amazement with his bandmates, perhaps not truly believing that they were sharing a stage with the former Stooge.

The band are sticking with the same roster of songs for this rather unique tour, and so that would mean that the set would consist of all of Post Pop Depression with healthy doses of Lust For Life and The Idiot to round out the evening’s entertainment. Over the course of the next few songs, we were treated to the likes of The Idiot’s “Sister Midnight”, ‘Funtime” and “Mass Production.” At times it was tough to know where to look…hey, there’s Iggy ten rows back in the crowd…but wait, there’s Josh shimmying across the stage engaging Sweeney or Van Leeuwen in shit-eating grins.

New songs such as “American Valhalla”, “Gardenia” and “Sunday” all hit the spot so well that you would be hard pressed to tell if they were written in 1977 or 2015. Musically, the interplay between Homme and Fertita’s guitars were a personal highlight, while visually Iggy always kept things interesting with two stage dives, a stroll through the crowd, modeling a fur coat that someone in the front row gave him and an even a threat to whip his dick out were just some of the tricks of his trade on this night.

​The lengthy seven song encore included PPD’s “I’m Gonna Break Into Your Heart” and “Chocolate Drops”, while reaching back in time for “Baby” and what seems like the best way possible to end such a stellar show…”Success!”

Pop has hinted in interviews that this will most likely be his swan song, and quite frankly I really can’t imagine him going out on a better note than this!