Spoon’s unwavering ascent to mainstream success continues unabated. Riding high on
their latest critically acclaimed LP, Hot Thoughts, the Austin, TX-bred quartet pulled into
Massey Hall to play their highest profile Toronto gig yet. Founding members Britt Daniel
and Jim Eno have seemingly played every other Toronto venue to this point; this
reviewer has seen them at The Opera House, The Phoenix, The Horseshoe, The Sound
Academy and as openers at the Molson Amphitheatre.

At 9:15 sharp, the band kicked things off with the Hot Thoughts stellar cut, “Do I Have
To Talk You Into It.” Adding to an already buzzed atmosphere was the fact that the
lighting rig failed and the audience used their phones to illuminate a pitch-black stage.
The lighting issues got sorted out by the time the fan-favourite “I Turn My Camera On”
reared it’s minimalistic funky head. Eno even gets a drum solo on the live version these
days.

Daniel seemed genuinely awestruck by the occasion and the crowd’s instinctual lighting
response and told the crowd as much, saying “thank you guys...that was awesome.
Beautiful night, beautiful venue...I feel like the Von Trapp family!”

Sticking to the fresher material of Hot Thoughts and 2014’s They Want My Soul in the
early going, the band were in fine form and eager to prove it. Soul’s “Do You” and the
new album’s title track are both sugary confections that seemed to push all the right
buttons with the assembled mass.

They reached back a little further in the catalogue for edgy versions of Ga Ga Ga Ga
Ga’s “Don’t Make Me a Target” and Girls Can Tell’s “Everything Hits at Once.” The
band’s newest member, Alex Fischel, became a real focal point as the night wore
on...his rockstar poses (and more importantly his playing) on guitar and keyboards have
already solidified his importance to the Spoon dynamic.

Though the set touched on six of the band’s nine albums, it really was a night for
Gimme Fiction, They Want My Soul and, obviously, the new material. They stretched out
killer versions of “My Mathematical Mind” and “The Beast and Dragon, Adored”, while
giving clean takes of the pop gems “The Underdog” and “Do You”...successfully
replacing the former’s horns with organ.

The four song encore concluded with the hard-hitting one/two punch of “Rent I Pay” and
“Got Nuffin”...putting the cap on the most extraordinary Spoon performance this
reviewer has ever witnessed! 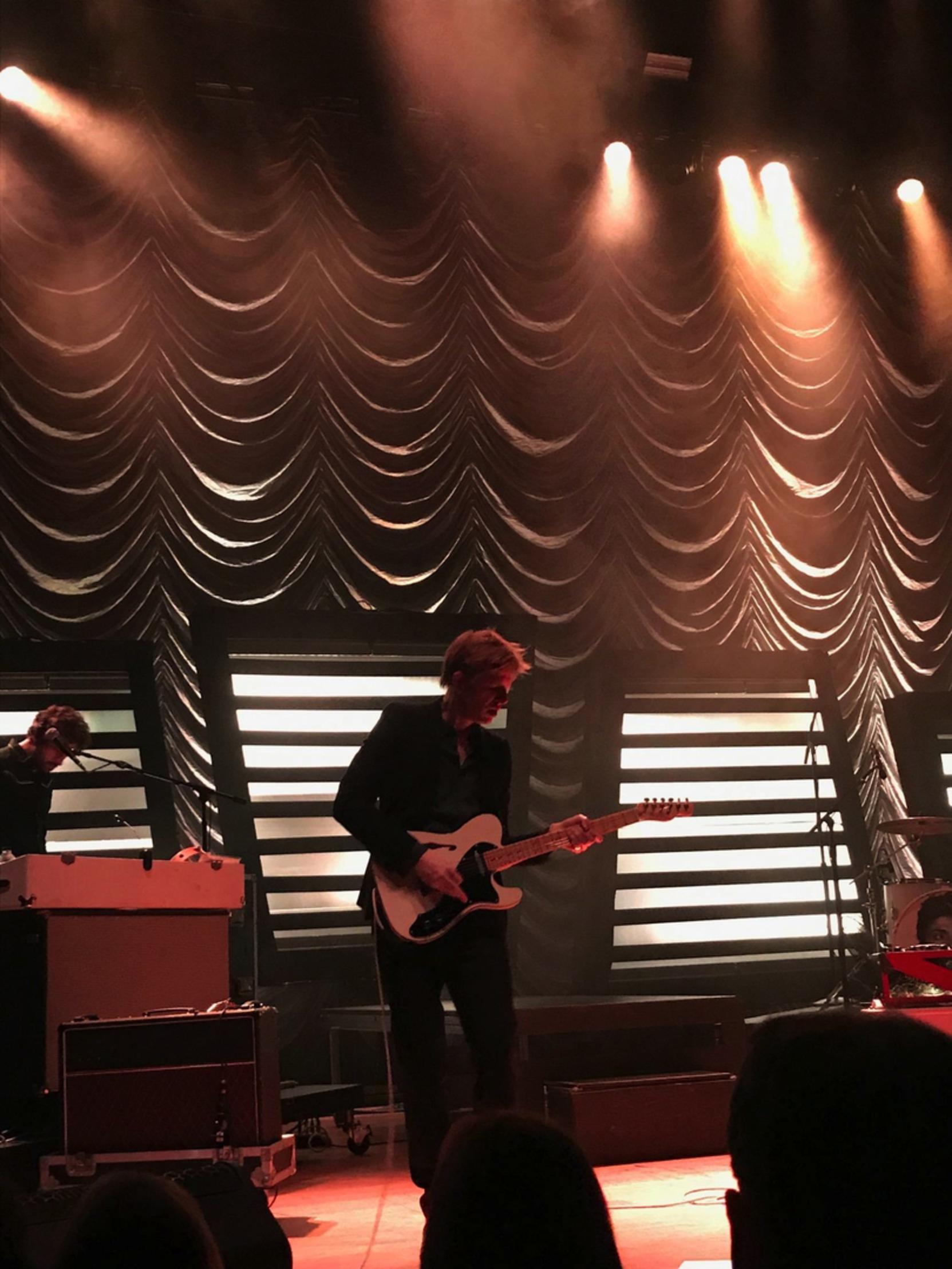