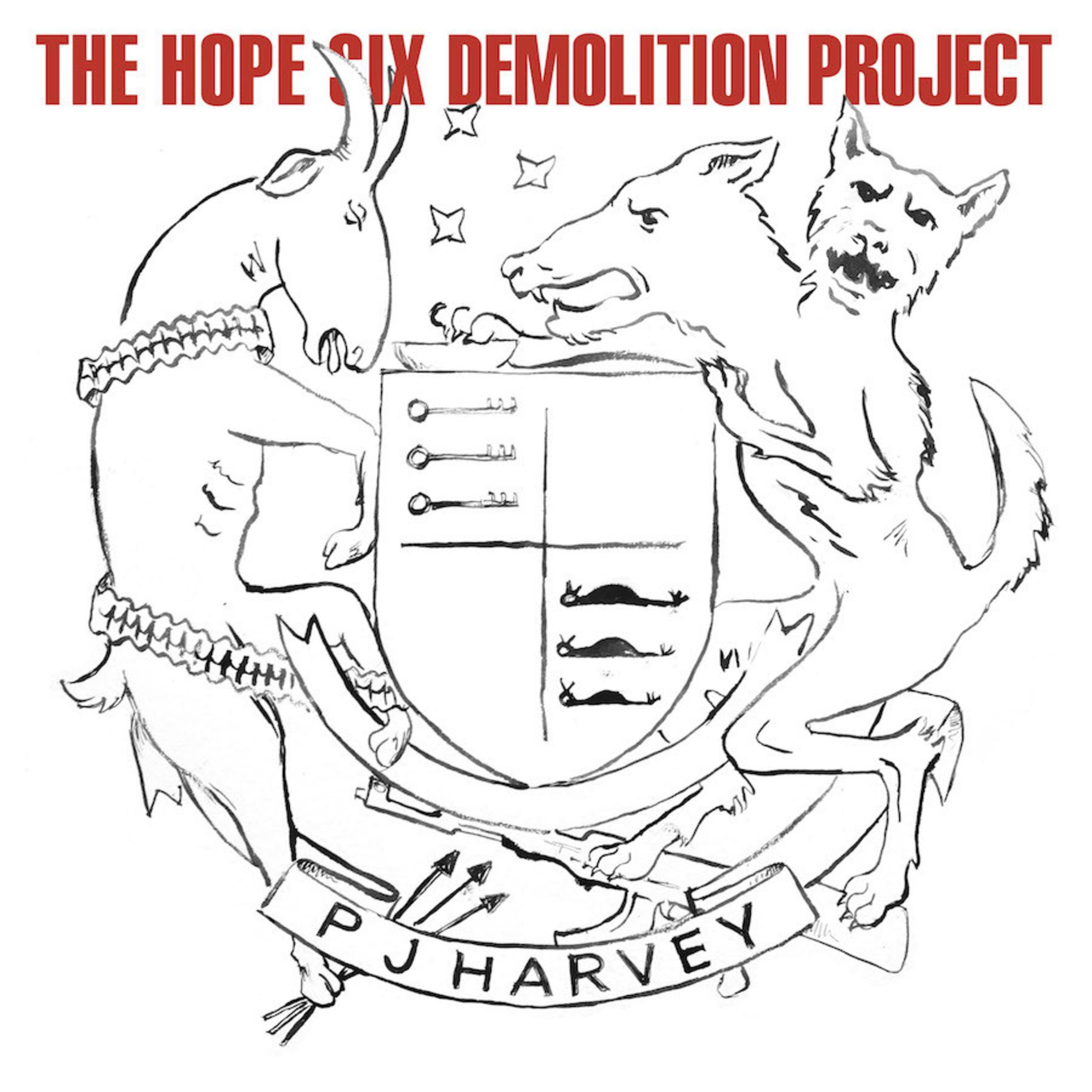 ​Polly Jean Harvey, the changeling from Dorset, England, is back with her first album in five years and that album is entitled The Hope Six Demolition Project. Never one to repeat herself, this time out Harvey has morphed from historian into journalist and thrown herself into three different locales as inspiration for this new album. Her last record, 2011’s Mercury Prize winning Let England Shake, was a concept album that saw Harvey tackling England’s role in wars as its subject matter. For The Hope Six Demolition Project, Harvey, accompanied by photographer/documentarian Seamus Murphy, traveled to Kosovo, Afghanistan and Washington DC to gather stories and insight that would come to be used as fodder for this material. In addition to the exotic travel, the album also featured recording sessions that fans of Harvey’s could observe while she recorded at London’s Somerset House. These public viewing sessions (which took place over the course of two weeks in 2015) would often feature Harvey working with long time collaborator and band mate John Parish and engineer/producer Flood while fans would take in the action from behind a one-way mirror.

The record opens with “The Community of Hope” and it is the closest Harvey has come to a radio ready rock song for some time, but though it’s musically familiar, lyrically it most certainly is not. The song tells the story of her guided journey through Washington DC and she relays the narratives of “drugtown” and “zombies” that are presented to her. The song ends with Harvey (as well as a choir) singing what has come to be an only to common American refrain: “They’re gonna put a Wal-Mart here / They’re gonna put a Wal-Mart here.”

Though I stated earlier that Polly has never been one to repeat herself, this record does kind of feel like Let England Shake: Part 2. From a sonic and a production standpoint the two records make perfect bedfellows, but the differences lie in Harvey’s choice of instrumentation. In fact, on her last three albums Harvey has chosen a different instrument each time to focus on; White Chalk was exclusively a piano record for the songstress, Let England Shake had her mostly playing harpsichord, but THSDP sees her picking up the saxophone…a lot…for what maybe the first time since her days as a teenager in John Parish’s band, Automatic Dlamini.

“The Ministry of Defence” opens with thunderous chords and has Harvey singing about fizzy drink cans, syringes, razors; the literal remains of a bombed Aghani building. “The Wheel” is far more accessible with its bright pop chords, but tells the sad story of the children killed in war – “Now you see them / Now you don’t.”

In typical Polly Harvey fashion, THSDP touches on a variety of different flavours: we get folky protest with “Near The Memorials To Vietnam and Lincoln”; ethereal mood in ‘River Anacostia” and a sax blues dirge in “Chain of Keys.”

Polly Jean Harvey has always been an ambitious artist. In the early nineties she was a young lady who was channeling the blues of a much earlier American generation through her own existence as an English outsider. Later in that decade and at the start of the next, she had become more of a personal storyteller and her musical palette between the Is This Desire? and Uh Huh Her records was astonishing in it’s depth. In the breaks between her last three albums Harvey has tended to disappear off the radar for long stretches in an effort to fully immerse herself in the material and music she was writhing at the time…almost Daniel Day-Lewis like in its intensity. The Hope Six Demolition Project is further proof that Harvey is simply not capable of releasing an inferior album. Thereality is that with nine long-players to her resume that dabble in various degrees of genius, it would be safe to assert that Polly Jean Harvey might be the preeminent artist of her generation.