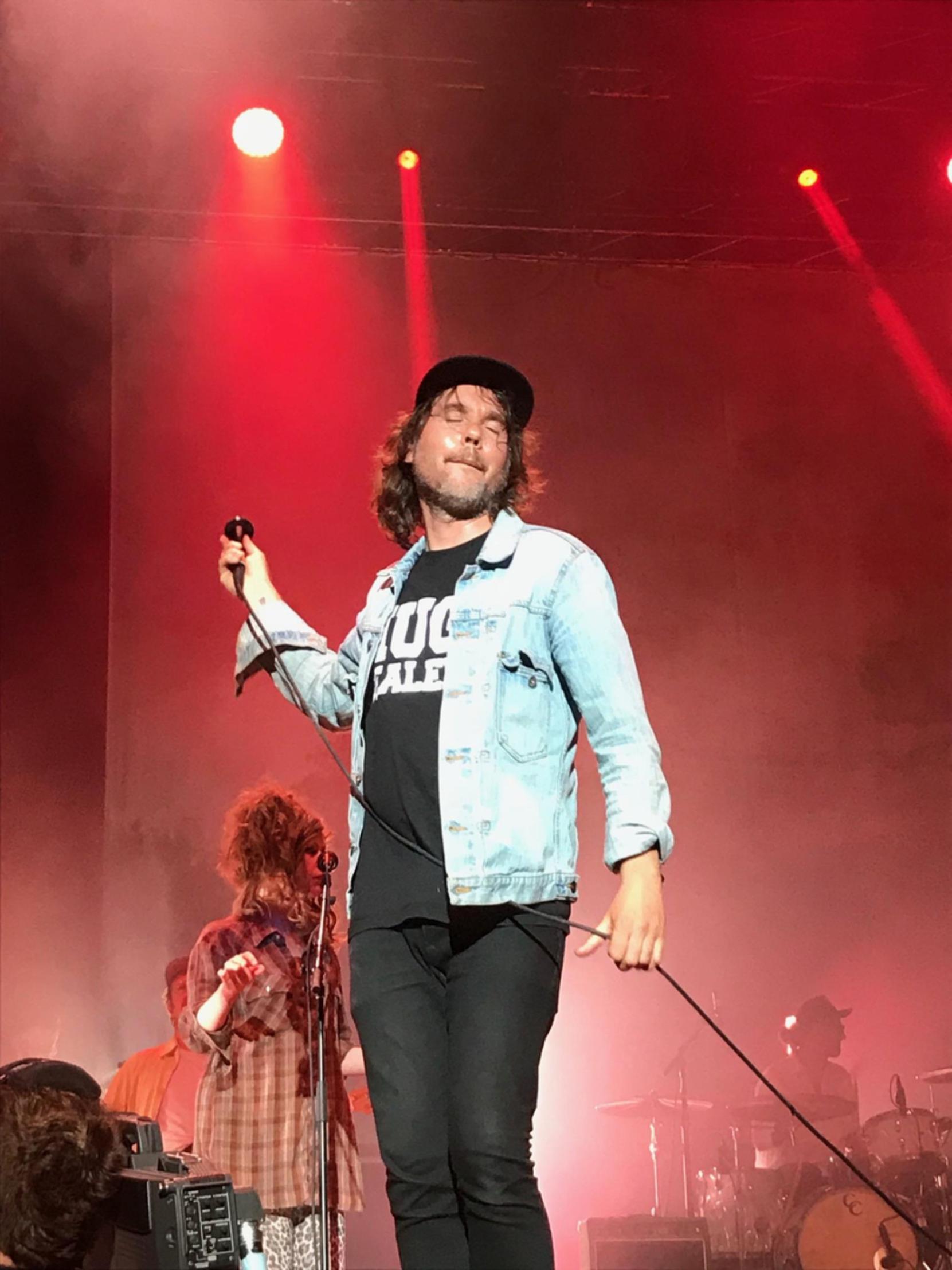 Is it just me or does it feel as though every Broken Social Scene show could be the last.
Over the last decade of watching this band live has always made me live in the
moment...relishing every Feist appearance; revelling in every Andrew Whiteman guitar
flourish; taking every Kevin Drew on-stage proclamation to heart. So here we are again,
the band is nearing the end of the touring cycle for 2017’s well received comeback
record, Hug of Thunder, and a cloud of uncertainty hangs over where the future lies for
the band. It seems most likely that the same scenario of a hiatus followed by some solo
material from certain band members will be followed by yet another great reconvening.
Whatever the future holds for Broken Social Scene (and I’m sure it will be a long and
winding one), there can be no doubt that they have provided a heartfelt soundtrack to
the lives of all those who have followed them through every twist and turn.

This show was a virtual carbon copy of last year’s Field Trip extravaganza (minus the
Feist and Emily Haines contributions) and so this meant that there would be a
particularly large number of musicians (12 in all on some songs) and a setlist that
touched on all their records but favoured the more recent Hug of Thunder and the
classic You Forgot It In People.

With Portugal, The Man’s energetic and very well received opening set out of the way,
the hometown heroes came out of the blocks firing with two fan favourites: “KC
Accidental” and “7/4 (Shoreline).” “Shoreline” was particularly triumphant with every
band member in attendance participating in some way or another...how about that allstar
horn section of Evan Cranley, Jimmy Shaw and Charles Spearin... BSS OG Jason
Collett, Stars’ Amy Millan as well as Forgiveness Rock Record-era’s Lisa Lobsinger also
made appearances. With Feist not in attendance, it was Millan who would take the
reigns on her memorable vocals.

Though this night was largely about You Forgot In People and Hug of Thunder,
Forgiveness Rock Record was shown some love with the selections of “Texico Bitches”,
“World Sick” and the Lisa Lobsinger sung “All To All”, while the self-titled LP was
referenced with “Major Label Debut”, ‘It’s All Gonna Break” and the aforementioned “7/4
(Shoreline.)

The band chose to go with four straight from the new record, and because all but
“Halfway Home” would fall into the low to mid-tempo category, it felt as though some of
the early momentum had been lost. It took the double shot of “Fire Eye’d Boy” and
“Almost Crimes” to get everybody fired up again (pun intended).

Of course at this point you know what you’re going to get with the likes of a Kevin Drew,
Leslie Feist or Emily Haines, but I think it’s important to acknowledge just how
beautifully Ariel Engel has slotted in. The band’s newest member (who just happens to
be Andrew Whiteman’s significant other) has already has proven that she can make the
Feist sung parts all her own, but with her contributions to a song like “Gonna Get
Better”, she’s also made her future with Broken Social Scene a very exciting
one...whatever that future may be!

They ended the night with a song that was strictly meant to be a showstopper:
Forgiveness Rock Record’s standout instrumental “Meet Me In The Basement.” It was
all guitars and horns for this one and by the time it was all said and done, the Budweiser
Stage was in the throes of indie rock ecstasy.

Another triumphant show for Toronto’s preeminent musical ambassadors is in the
books... and we can only hope that there’s many more to come!