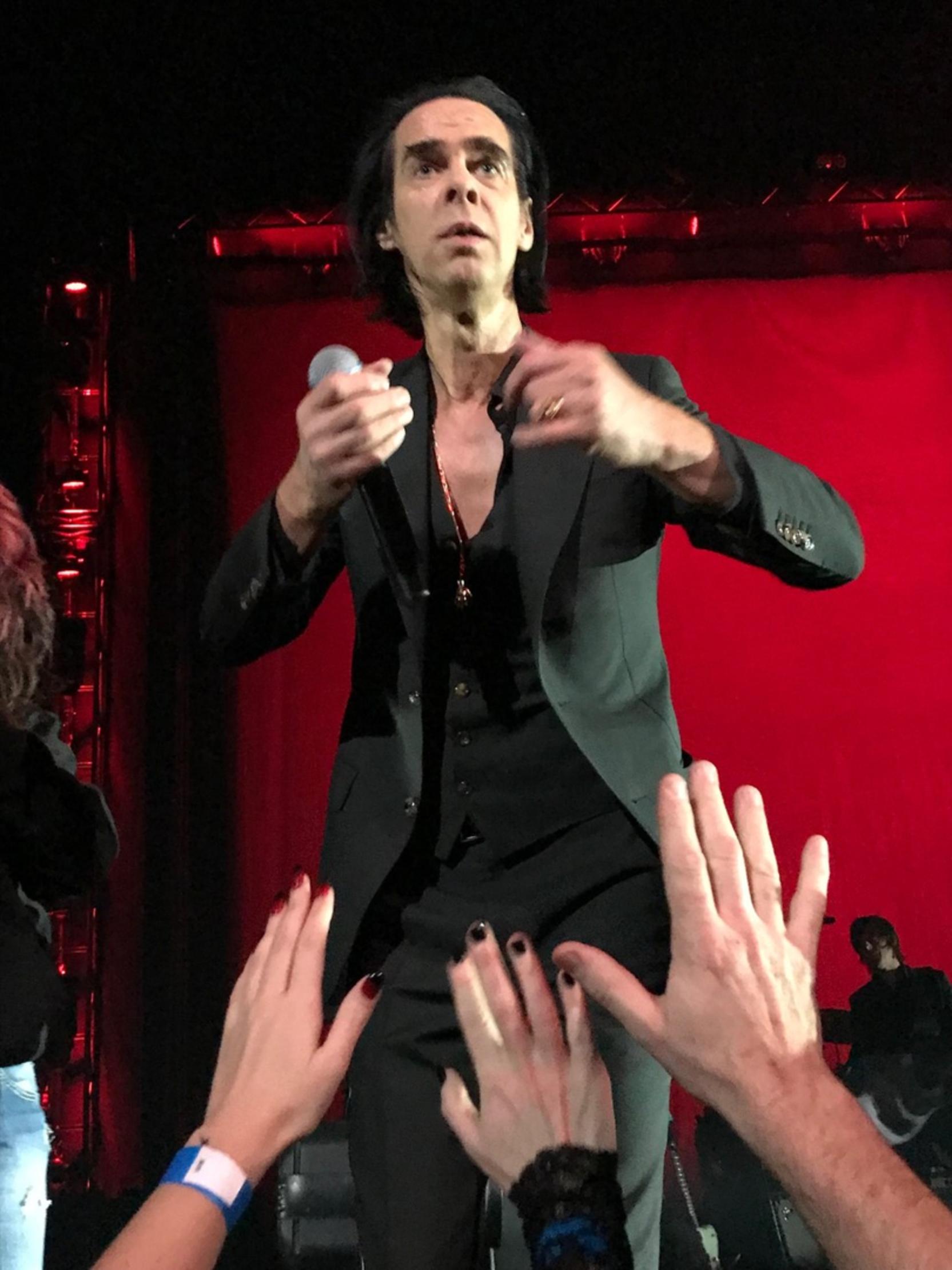 The legendary Nick Cave and The Bad Seeds have now achieved a Toronto first…playing a
hockey arena! Cave and his merry band of badasses have long-played every other notable
venue in the city over their many years, but this October evening saw them playing their largest
ever headlining gig in Toronto. The show was the very last on the Skeleton Tree tour which
started way back in January of 2017 and which has undergone very little change in terms of
setlist construction. The set is still just as much about Push The Sky Away (“Jubilee
Street”,”Push The Sky Away”, “Higgs Boson Blues”) as it is about Skeleton Tree ( “Jesus
Alone”, “Magneto”, “Girl in Amber”) and they are still happy to play all of their earlier notable
favourites too (“The Ship Song”, “Red Right Hand”, “Tupelo.”)

Though this review will be brief, I do want to make special mention of the absolute
viscousness that was the playing of “From Her To Eternity” and “Stagger Lee.” I thought when I
had last seen Cave (Massey Hall, June 2017) that I would never witness a finer performance of
“From Her To Eternity”…well I was sadly mistaken. Not sure if something was in the air or just
maybe the fact that is was the last show of the tour, but Cave and The Bad Seeds absolutely
burned the house down with this one…every microphone stand in sight got thrown at some
point and Cave sang it like his time on Earth was determined by it. Same goes for “Stagger
Lee”…more subtle mind you, because the song calls for it but no less intense…just ask the
thirty some odd people he dragged on stage with him after his sojourn out into the crowd
minutes before.

Like I’ve done with this year’s Pixies review, I’m going to keep it short because I’m just
repeating a bunch of fawning verbiage and I don’t want to waste your time, dear readers! I will
repeat one thing though: Nick Cave and The Bad Seeds are the finest performers you will ever
see! Do yourself a favour and catch them while you can…the pleasure will be all yours!