Who says you can’t go home again? Toronto’s indie rock ambassadors Broken Social
Scene have returned to their home and native land (and not to mention, the festival
they’ve created) to play their first Toronto show in three years. The Toronto collective
have just finished a European tour and are on the verge of releasing their first album
(Hug of Thunder) in seven years. The story goes that the band’s indefinite hiatus came
to a sudden end after the horrific attack at The Bataclan in Paris, back in November
2015. After some initial reconnecting with each other, the Scenesters played a string of
shows throughout 2016 and then got down to the serious business of crafting a new
record. That record now has a title and release date: Hug of Thunder comes out July 7th
via Arts & Crafts.

After what seemed liked one of the few sunny days of this very damp spring, the
Toronto sunset welcomed the hometown heroes back to the stage that they’ve played
so often before. Of course with this being a Toronto show, you would have felt very safe
in assuming that this would be a star-studded Broken Social Scene line-up...and as it
turned out, it most certainly was. “Look, it’s Jason Collett on bass.” “Hey, there’s Jimmy
Shaw.”

Right out of the gate the band came strong with the 1 2 punch of the You Forgot it in
People classic “Cause = Time”, followed by fan favourite “7/4 Shoreline.” The latter
featured every possible Social Scene member available, including Emily Haines, Amy
Millan, Feist and Ariel Engel. By the time the horns closed out “Shoreline” the crowd
was in full rapture. Not one, not two, but sixteen musicians on stage for this one. As the
kids would say: epic!

The never-ending bassline that is ‘Stars and Sons” proved to be another toe tapper;
Brendan Canning taking over vocals and guitar for this one, while Stars’ Torquil
Campbell led the handclaps.

There was a generous serving of Hug of Thunder material during the set, with the
chorus heavy “Halfway Home” seeming to hit all the right notes. Ariel Engel added
lovely flourishes to the sweetness that is ‘Stay Happy.” Feist supplied her sublime
vocals to the new album’s title track.

Kevin Drew informed the crowd that the band had to relearn a song just so that they
could play it for them on this occasion...that song was the Emily Haines led “Sentimental
X’s.” In fact, Haines got more than a few turns at lead vocals, with a fairly rare outing of
“Swimmers”, the standard “Anthems For a Seventeen Year Old Girl” and the hushed
folkish tune, “Backyards.”

The stellar celebratory set came to a close with rich versions of “Superconnected” and
with Justin Peroff playing drums like a programmed machine, in came the crashing You
Forgot it in People track “KC Accidental.”

Though it was a tragedy that brought the band back together, it has been nothing short
of a celebration ever since. With a new album and North American tour right around the
corner, it’s a great time to be alive...and Broken Social Scene. 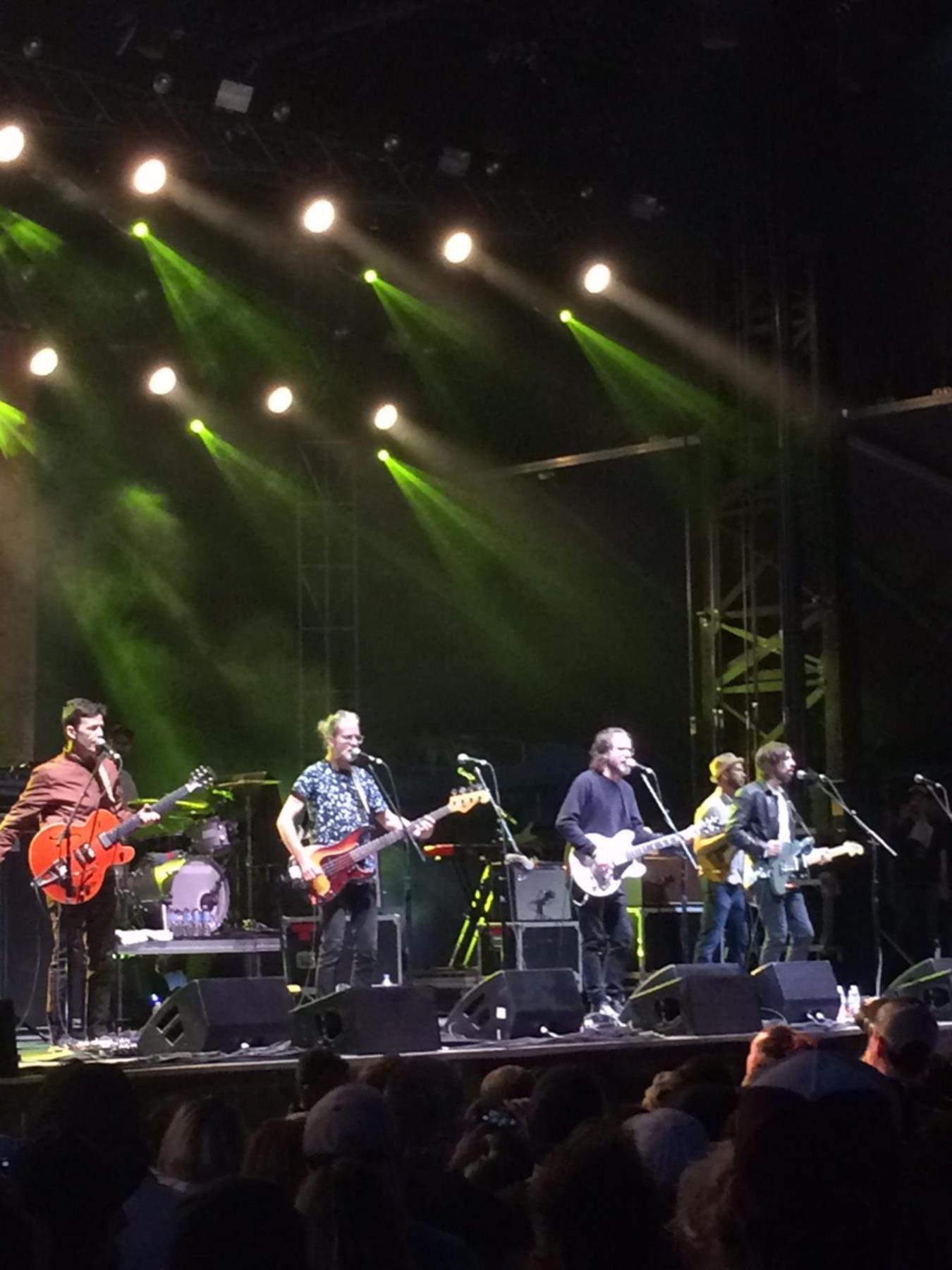