That night in Toronto! The earliest date I can ﬁnd of a Tragically Hip Toronto concert happened (ironically enough) on the day after Canada Day in 1987. I’m sure they must have played before that, but I can’t ﬁnd any details of it. So here we are, already so far down the long and winding road that took them from unknowns playing the El Mocambo on that night in ’87 to a Canadian institution playing the ACC for god knows how many times...for what could possibly be the last time. As you surely know by now, the band released a statement back in May saying that frontman Gord Downie had been given a diagnosis of terminal brain cancer and that they would go on tour this summer, not only to celebrate the release of their new record, Man Machine Poem, but as a fund-raising effort for the Gord Downie Fund for Brain Cancer Research at Sunnybrook Hospital. Though no one has said that this will be the last ever tour for the band, given the aggressive nature of Downie’s tumour, everyone is treating it as such.

Never ones to sit back and just play the hits, The Hip are taking a novel approach to curating the setlist for these shows. Instead of the typical something from this album, something from that routine, the band are choosing to take a retrospective look back at their career and so they are selecting three or four songs from each album that they can ﬁt into a twenty-ﬁve song set...save for the 1987 self-titled EP.

A little after 8:30 the band took the stage to rapturous applause and Downie kissed each member before they took their instruments. With rhythm guitarist Paul Langlois, lead guitarist Rob Baker, bassist Gord Sinclair and drummer Johnny Fay all clustered around him tightly in just a small segment of the ACC stage, Downie led the troops through a four song Fully Completely suite. With four taps of Fay’s sticks, the band laid into the Can Con classic “Courage” and never looked back. “Locked In The Trunk Of A Car”, Fully Completely’s ﬁrst single, was next, rounded out with energized takes on “Eldorado” and fan favourite “At The Hundredth Meridian.”

The new record (Man Machine Poem) was next in line on this night’s playlist and the group chose the poppy ﬁrst single “In A World Possessed By The Human Mind”, “In Sarnia”, “What Blue” and “Machine” as the representatives for this chapter.

It was at this point that the band left the stage for a brief intermission and a video board played an edited clip of lightning strikes in cottage country. When the break was over it was a jump back to In Violet Light and it’s selections of “The Dire Wolf”, “Use it Up”, “It’s A Good Life If You Don’t Weaken” and the rarely heard “Throwing Off Glass.”

The Hip ﬁnished off the main set by reaching back to Day For Night and Phantom Power for favourites such as “Grace Too”, “Nautical Disaster”, “Bobcaygeon” and “Something On.” There was nary a dry eye in the place when Downie sang the line “I got to go, it’s been a pleasure doing business with you!” He has been a man of few words on this tour, but he ended the set by saying: “Thank you. Thank you for a thousand years of this!”

With the main set through, the rest of the band left the stage to Downie who took the time to soak in the warm and loving standing ovation given to him by the thousands in attendance. Downie spent time in each corner of the stage and ﬂashed peace signs and humble waves to the adoring throngs, all the while holding back the tears welling up behind those road weary eyes. The duality of the moment was striking as it was both surprisingly uplifting yet overwhelmingly sad!

With everyone’s hankie suitably damp now, the boys came back out for an encore that started with the song that made them Canadian stars twenty-seven long years ago: “New Orleans Is Sinking.” Of course, always a live staple, “New Orleans” in decades past use to serve as a breeding ground of new lyrical material for Downie. If you saw them play in 1990, the jam would have included the lyrics to what would have become “The Luxury”; if you saw them play in 1993, that same jam would have included “Nautical Disaster.” This night it was just a balls to the wall straight rendition...and a damn ﬁne one at that. They capped the emotion ﬁlled evening with a deuce from Trouble At The Henhouse: “Gift Shop” and “Ahead by A Century.” “Century” seemed to be another moment where the crowd felt the weight of Gord’s future. The song has a natural ﬂavour of reminiscence about it and it certainly hit a nerve as it would be the last song of possibly one of the last Tragically Hip shows ever! Between the screams of the crowd, you could make out Downie saying: “And it all disappears. Sometimes it all just disappears...and that’s okay too.”

With the last chords played and the last words sung, it was ﬁnally just Gord Downie. Standing at the centre of the stage, as he has done so many times before, but this time it was much different. From the dive bars of Kingston and beyond to the stages of Saturday Night Live and Woodstock; the countless sold out Canadian arenas and the seemingly endless attempts to break the US market...it’s here, ﬁnally, that Gord Downie well and truly belongs. Thank you Gord and long live The Tragically Hip! 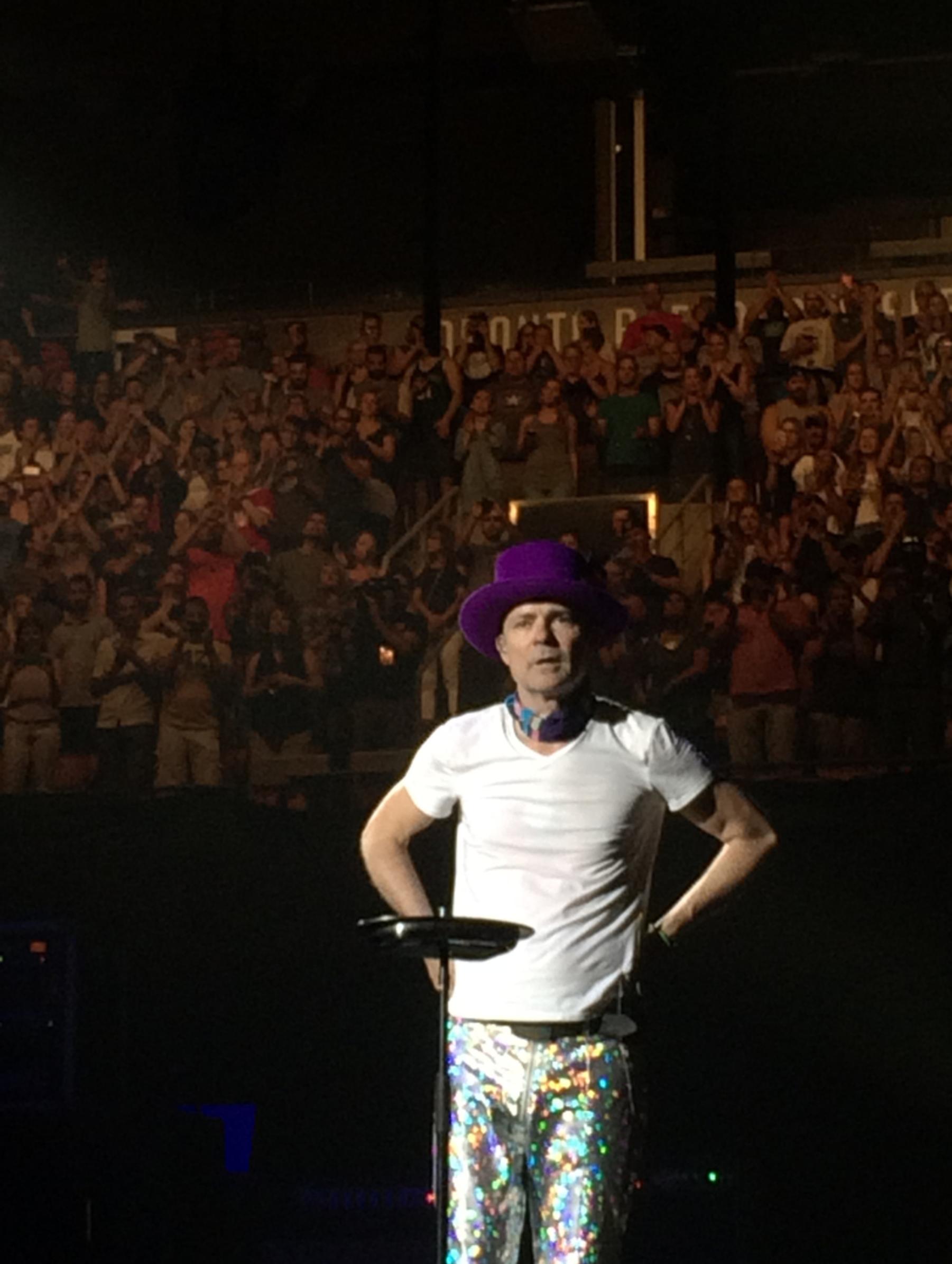