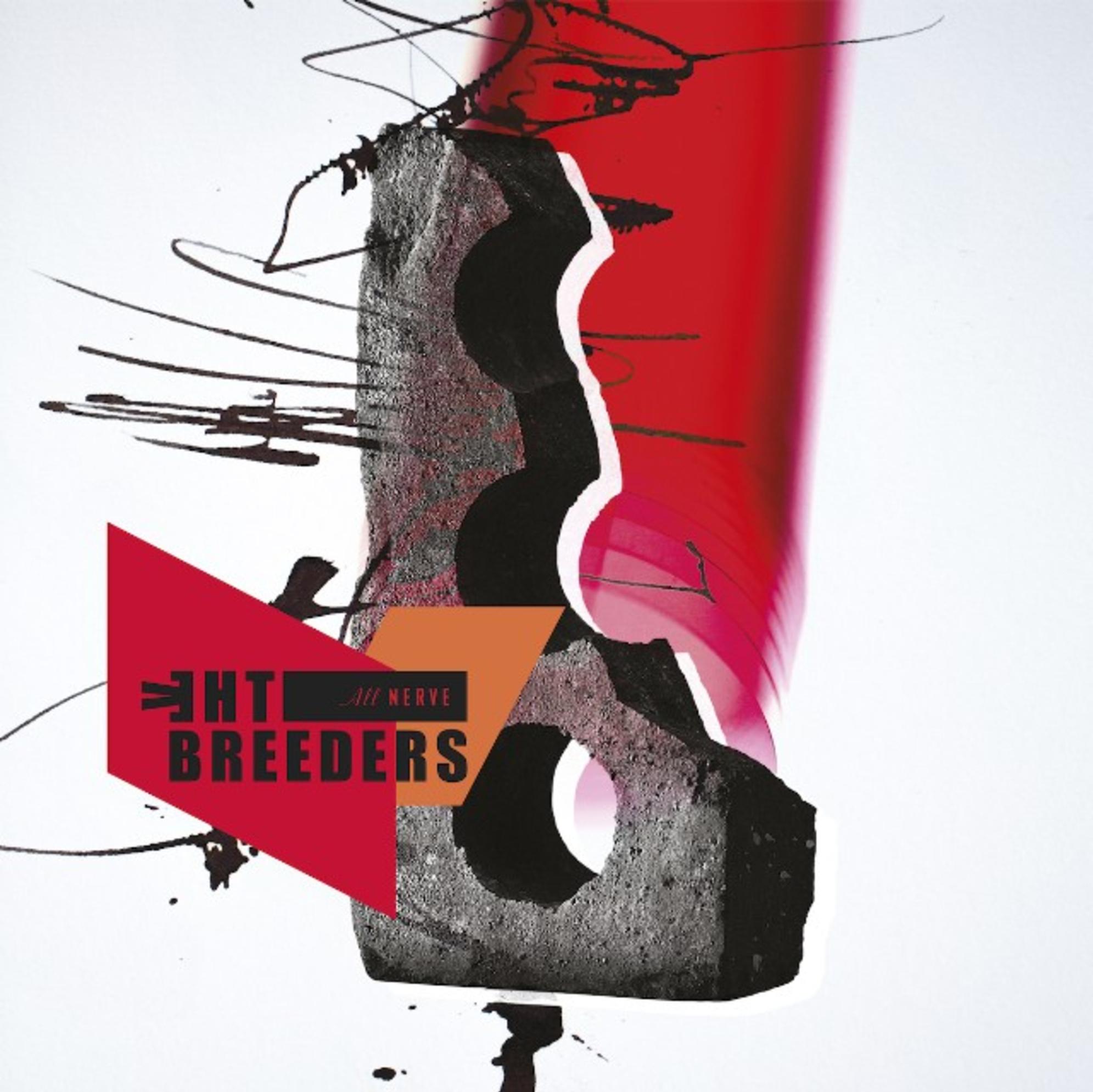 THE BREEDERS - ALL NERVE

Twenty-five years ago Kim and Kelly Deal (with the help of drummer Jim Macpherson
and bassist Josephine Wiggs) released Last Splash, one of the more enduring records
of the 90s...a record that had a crossover hit (“Cannonball”), a pop nugget (“Divine
Hammer”) and featured the song (“S.O.S.”) that The Prodigy sampled for the smash hit
“Firestarter.” By the time the touring cycle for that album ended, both sisters wound up
with substance abuse problems and it was effectively the end of that era of the band. It
would be another nine years until we would hear from a reconstituted Breeders again
(Title TK) and then a further six years after that (Mountain Battles). Though Title TK
sounded like a more tentative version of Deal’s quirky and unique take on indie rock,
Mountain Battles proved to be a more confident outing. With Last Splash celebrating its
twentieth anniversary in 2013, the Deal sisters reconnected with Wiggs and
Macpherson and went out on a tour to play it from top to bottom...and the process of
doing that led to a handful of new songs that ultimately became All Nerve.

It seems safe to say that most of the music that Kim Deal makes is edgy. Sure, she’s
more than capable of creating pristine nuggets of bliss and beauty, but so many of The
Breeders‘ best moments can be found nestled between off-kilter tempos, Deal’s
breathy vocals and some sparse but angular guitar work. Those key elements can be
found all over All Nerve. Lead single “Wait in the Car” is all garage rock with the sisters’
duelling guitars and signature vocals. “Nervous Mary,” is much the same, but it’s Wiggs
and Macpherson leading the way here with as a propulsive rhythm section.

“All Nerve” sounds very much akin to Last Splash’s “Do You Love Me Now” not just in its
structure but also production. “Metagoth”, by comparison, sounds like a long lost Pixies
b-side. Wiggs takes lead vocal duties on this one and it pairs nicely with the very Kim
Dealish sounding bass lines...you can’t help but wonder what Indie Cindy and Head
Carrier would have sounded like with Deal’s contributions.

Elsewhere on the album you can find more intimate, yet somehow expansive sounding
tracks like “Walking with a Killer” or “Skinhead #2”...the vocals sound as though they
were recorded right beside you and the warm guitar tones shimmer over top the enticing
brew.

“Spacewoman” puts the tried and true loud quiet loud dynamics of Pixies to good use,
while “Dawn: Making an Effort” achieves full-on Spiritualized status and in doing so has
taken The Breeders to a place they’ve never been before: space rock!

Lyrically, with few exceptions, Deal is as cryptic as always but it seems that a sly sense
of humour is never far removed from whatever she is writing and singing about. Let’s
face it, when we finally understood what Micheal Stipe or Black Francis were singing
about, the music suffered for it, so I’m all for Deal’s continued exploration of the vague.
The Breeders have a significant legacy in the history books of alternative rock. So much
has been written about Last Splash and it’s chart busting single “Cannonball”, but that
only begins to tell the story of The Breeders significance. Their 1990 debut, Pod, is often
cited as a key inspiration on Kurt Cobain and most certainly many others in that
generation of songwriters. Match Deal and then member Tonya Do nelly’s left of centre
songwriting with Steve Albini’s timeless engineering and you have a record that is as
brilliant to listen to today as it was twenty-eight years ago. 1992’s four song Safari EP
proved to be the perfect bridge from Pod’s underdog champion to Last Splash’s chart-topping glory, but I want to single out the criminally underrated record Deal made as The
Amps. Granted, a bit more experimental then maybe people had come to expect from
her, but for my money, this is some of Deal’s best work.

To put it bluntly: Kim Deal has never delivered a subpar record. Though Title TK and
Mountain Battles are somewhat disjointed affairs, they’re still worthy albums, but All
Nerve finds Deal and her classic line-up Breeders back firing on all cylinders. It’s early
days yet, but this an early contender for my Best of 2018!