Question: What was Spin Magazine’s album of the year in 1991? If your brain went on cruise
control and just automatically answered Nevermind, well, you’re wrong! The correct answer is
Teenage Fanclub’s Bandwagonesque. That decision was controversial then and just plain
ridiculous now, but Spin was right that the album is special and a few of its songs were on full
display when the stately Scottish power poppers paid a recent visit to Toronto. The band, who
are celebrating their thirtieth anniversary, are now down to two original members, as bassist
Gerard Love left the band late last year after a triumphant UK tour that featured them playing
songs only from their Creation Records catalogue.

Founding members Norman Blake and Raymond McGinley (vocals/guitars), as well as longtime
drummer Francis MacDonald, are now joined by Euros Childs (keyboards/vocals) and Dave
McGowan (bass) and this new unit is playing songs from the entire catalogue as well as a just
released single, entitled “Everything is Falling Apart.”

In typically understated Teenage Fanclub fashion, the five-piece took to the undecorated stage
and with an almost shy grin on their collective faces, got down to their indie pop business.
They went straight for the pop jugular with a trio from their stellar mid 90s period; “About You”,
“Start Again” and “The Cabbage” hit all the right notes and seemed to ease the regret of Love’s
absence.

McGinley took over lead vocals with the aforementioned new one “ Everything is Falling Apart”,
which translated well and bodes well for new music. With Gerard Love no longer in the picture,
the live show is now going to flip-flop between Blake and McGinley”s compositions and on this
night McGinley’s selections included “Verisimilitude”, “It’s a Bad World” and “Only With You”;
Some of Blake’s choices included “I Don’t Want Control of You” , and the fan favourites
“Alcoholiday” and “The Concept”, which garnered the loudest cheers of the night, as well as
hardy “oh yeah” sing-a-longs.

The encore proved to be a lively affair with Blake giving a shout out to his family members that
were in the room (this is essentially a hometown gig for him as he now lives in Kitchener),
before dedicating a song to Canada, written by a Canadian: Neil Young’s “Don’t Cry No Tears.”
The Canadian content didn’t stop there…I mean at this point no Toronto show performed by
any artist is complete without a guest appearance from one member of Broken Social Scene.
Usually Kevin Drew handles that side of things but on this occasion the responsibility fell on
Brendan Canning’s shoulders. The Fanclub took a deep dive into their catalogue for the night’s
closing number, in fact, they went all they way back to their first single, “Everything Flows.”
Canning came armed with a guitar, two power chords, and a big smile on his face as he, the
band, and the crowd ended the night in truly anthemic fashion. 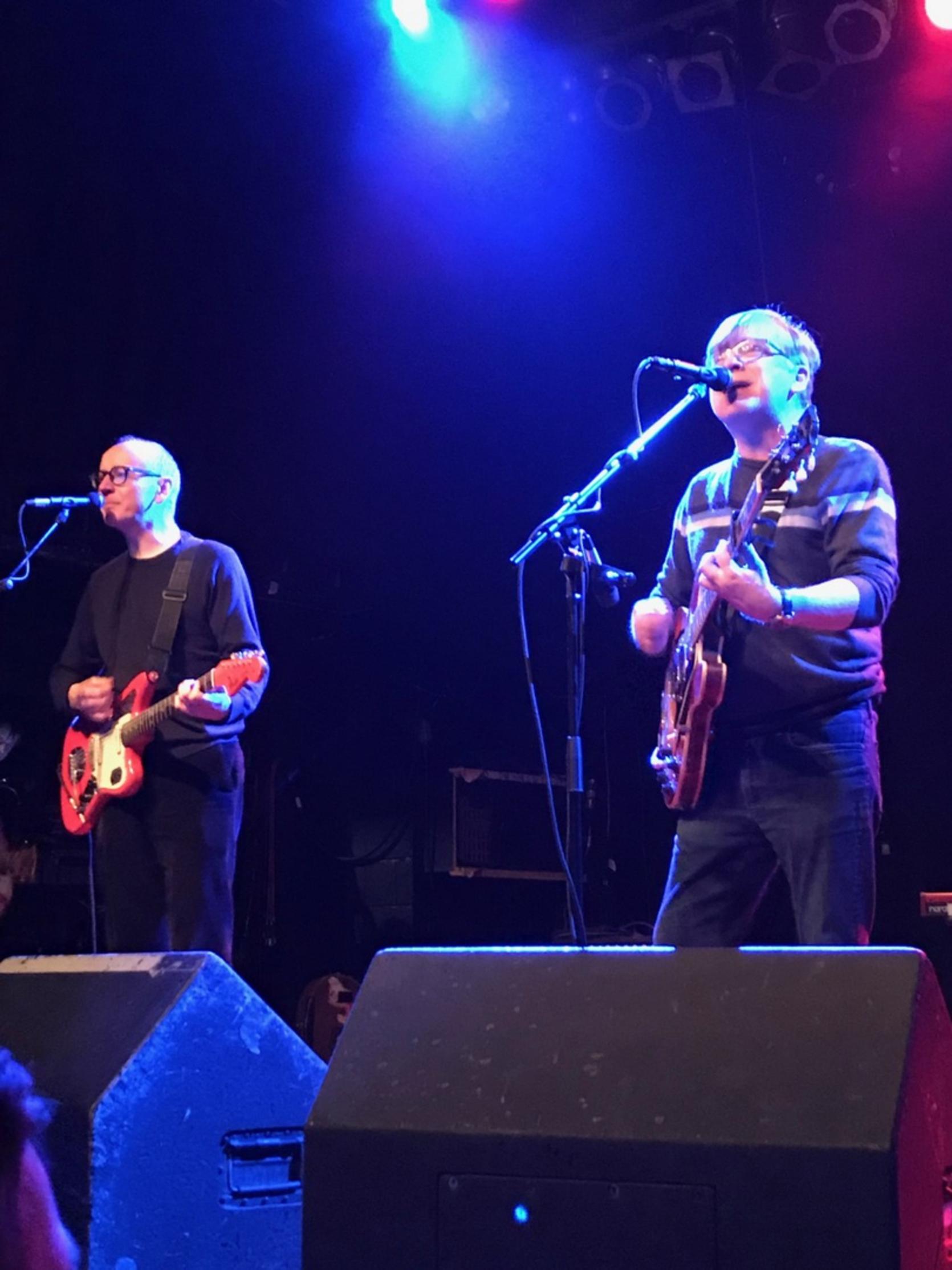