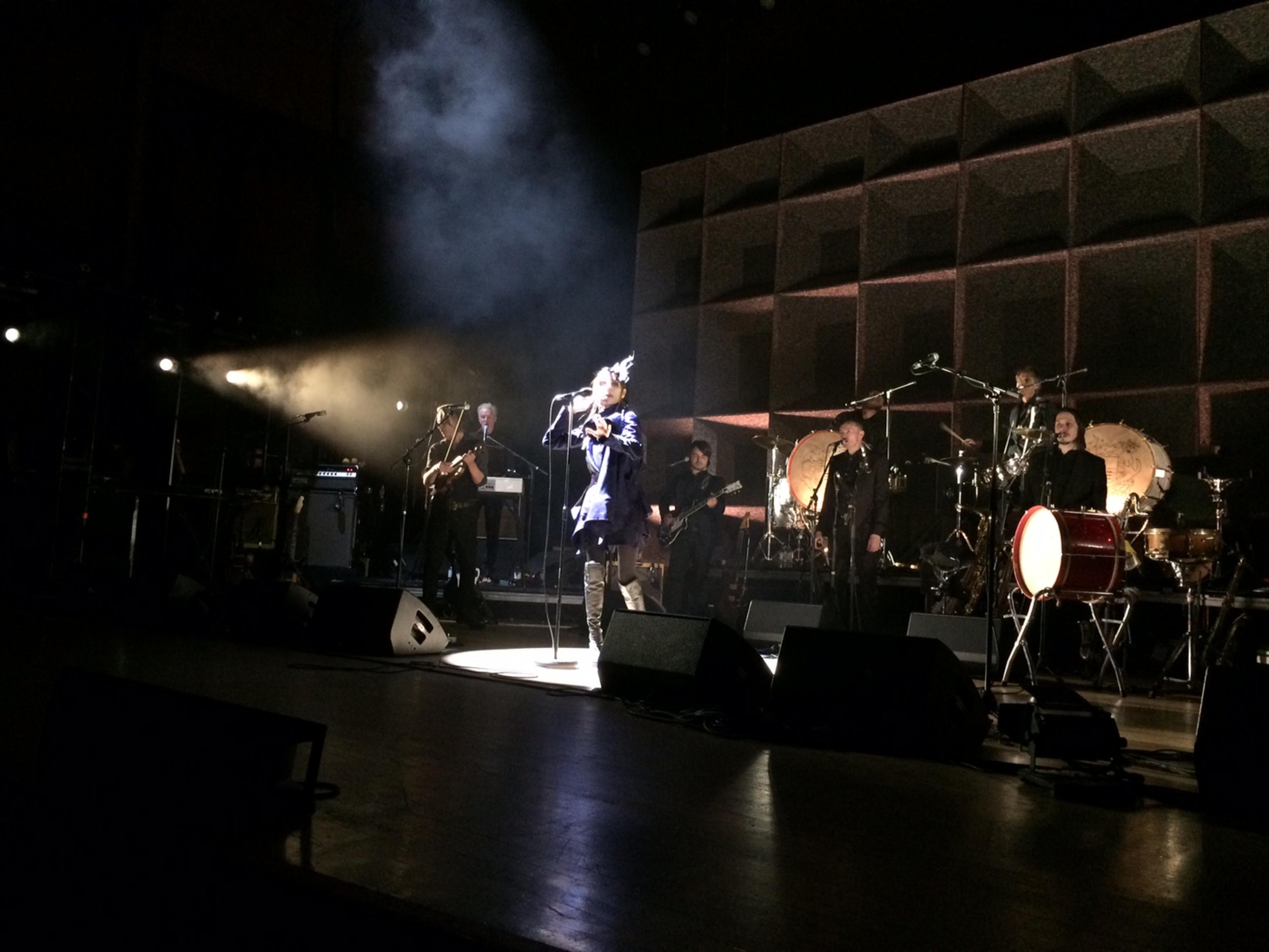 First of all: Welcome back to Toronto, Polly Jean Harvey...what took you so long? It’s
been more than a few years since the Dorset, England songstress had graced a Toronto
stage: thirteen in fact! The year was 2004 and she was doing a club tour behind Uh Huh
Her, what would turn out to be her last proper rock record... and my, so much has
changed in the time since! Harvey would follow Uh Huh Her three years later with the
sparse piano record, White Chalk, which would itself be followed by 2011’s Mercury
Prize winning masterstroke, Let England Shake. Harvey has spent considerably less
time touring since the release of White Chalk, instead choosing to spend her time
learning new instruments and researching and writing new material. Let England Shake
and her latest effort, The Hope Six Demolition Project, are both records that have seen
a shift take place in Harvey’s songwriting; gone are the blues confessionals and songs
of longing, replaced with historical accounts and political protests.

Harvey has assembled an all-star band for the Hope Six tour and to start the show they
marched on stage, one by one, in a drum line: Mick Harvey, Alain Johannes, Jean-Marc
Butty, Terry Edwards, Alessandra Steffano, James Johnston and Enrico Gabrielli took
their place in a semi-circle on the Massey Hall stage and launched into a five song cycle
of Hope Six Demolition Project material.

I’ve been priviledged to catch four previous PJ Harvey tours and you would always
conclude that the songs and the presentation were always heavily considered, but that
absolutely pales in comparison to what’s on offer for this latest trek. Make no mistake
about it, this was a performance in every sense of the word. Quiet dramatic pauses
between songs, Harvey emerging and then retreating to her semi-circle of musicians
when her vocals were no longer needed and a setlist that pulled almost exclusively from
her last two studio efforts of politically charged material all helped to add a heaviness to
the proceedings.

For “The Ministry of Defence” a stage backdrop was raised and it seemed meant to
mimic the kind of brutalist architecture you would see in some of the war torn countries
Harvey visited as inspiration for the new record. As bleak as the staging was, the song’s
concluding refrain was even more so: “This is how / the world will end.”

The new record’s second single, “The Community of Hope,” offered a more upbeat
tempo but lyrically things remained just as downcast. The song touches on the
desperate state of affairs in Washington DC’s Ward 7, another location Harvey visited in
the time leading up to the recording of the new LP. Seemingly everyone on stage sang
it’s memorable line: “They’re gonna put a Wal Mart here.”

Later in the show, Harvey stood dead still as she recited White Chalk’s hauntingly
beautiful “When Under Ether” and “The Devil.” On these tracks and frankly through the
whole performance, Polly Jean’s vocals have never sounded this emotive...this spot on.
Every song received just the right treatment, never once pushing the register or missing
its mark.

Though it was seated for all of the main set (but never less than riveted), the Massey
Hall crowd was roused to its feet for the thrilling finale. Once the blazing sax solo from
Terry Edwards had come to it’s conclusion on “The Ministry of Social Affairs”, John
Parish bent the E chord in that instantly identifiable “50ft Queenie” way and the people
went nuts.

With the room still catching its collective breath, the band brought the unlikely 1995 hit,
“Down By The Water”, back to pulsating life...Harvey even played her part by dusting off
the “little fish, big fish” dance from the video. It was a smooth and effortless transition to
the powerful “To Bring You My Love”...again Parish deploying that arresting riff to
awesome effect and Harvey singing the shit out of it!

The haunting “River Anacostia” acted as the main set finale. With all the band in a line
at the front of the stage and the music having died out, all that was left was the haunting
refrain of “Wade in the water / God’s gonna trouble the water”...powerful stuff!

The two song encore was a case of something old and something new; the old being a
spirited take on Rid of Me’s “Highway 61 Revisited” and the new being a beautiful
rendition of the Let England Shake stunner, “The Last Living Rose”.

Simply put, this was a special evening. PJ Harvey is as masterful a performer as you
could ever hope to witness; no two albums are ever alike and the same could be said
for her tours. Only her former flame, Nick Cave, can rival her intensity and engagement
as a performer and artist, so my advice to anyone reading this is to take any chance you
get to see them live...you will be justly rewarded!