Deerhunter, the former art damaged psych rockers turned refined alt tunesmiths, made a
triumphant return to Toronto on their tour supporting Why Hasn’t Everything Already
Disappeared? The band, who have not been great about adding TO to their itineraries in recent
years (just one headlining gig since 2010…and that was way back in 2013), were in fine form
and and playing a set that leaned heavily in favour of the new record as well as 2010’s stunner,
Halcyon Digest.

The tall lean frontman, Bradford Cox, looking dapper in his tweed suit and forgoing the jet
black wig that he’s been seen wearing for recent shows was content to play with his pedals for
the show’s opening moments; creating mesmerizing vocal loops that morphed into
“Cryptograms”, an older psychedelic exercise.

From there the band played a three song cycle from Why Hasn’t…lead single “Death in
Midsummer” was played in a smooth and sparse manner; “No One’s Sleeping” kept its hooks
intact but some guitar theatrics were added for good measure; and “What Happens To People”
was played with more energy and edge than can be found on record…in fact all the new
material was given a much needed shot in the arm with these live versions.

They dug back into Halcyon Digest for four stellar cuts; the first of these garnered some of the
biggest applause of the night. “Helicopter” absolutely stunned with Cox’s soaring vocals and
haunting guitar lines. “Revival” took a more fun loving tone, while “Desire Lines” was guitarist
Luckett Pundt’s time in the indie rock spotlight…he may not have many songs in Deerhunter
but his quality control is second to none! More Lockett please!

Midway through the show, Cox marvelled at the old-timey nature of the Music Hall and how it
reminded him of watching Stereolab when he was sixteen…interestingly, the just reunited
Stereolab will be playing the Music Hall later in the year. Though Cox has proven to be a wildly
outspoken character through the years, on this night all he could muster was that Trudeau was
hot and that the only thing Deerhunter can offer is an existentially good time.

The late set highlights included a spirited run through “Coronado”, which allowed newest
member Javier Marales a star turn at the saxophone, while the Microcastle fan favourites
“Cover Me (Slowly)” and “Agoraphobia” were played with a combination of ethereal wonder
and hook laden pop/rock.

After a gloriously ragged “Monomania”, Cox disappeared for a short time but came back to
the stage shrouded in a hooded parka, jumped into the crowd and then presumably headed for
the tour bus parked out front. And just like that, Deerhunter came, rocked, and conquered! 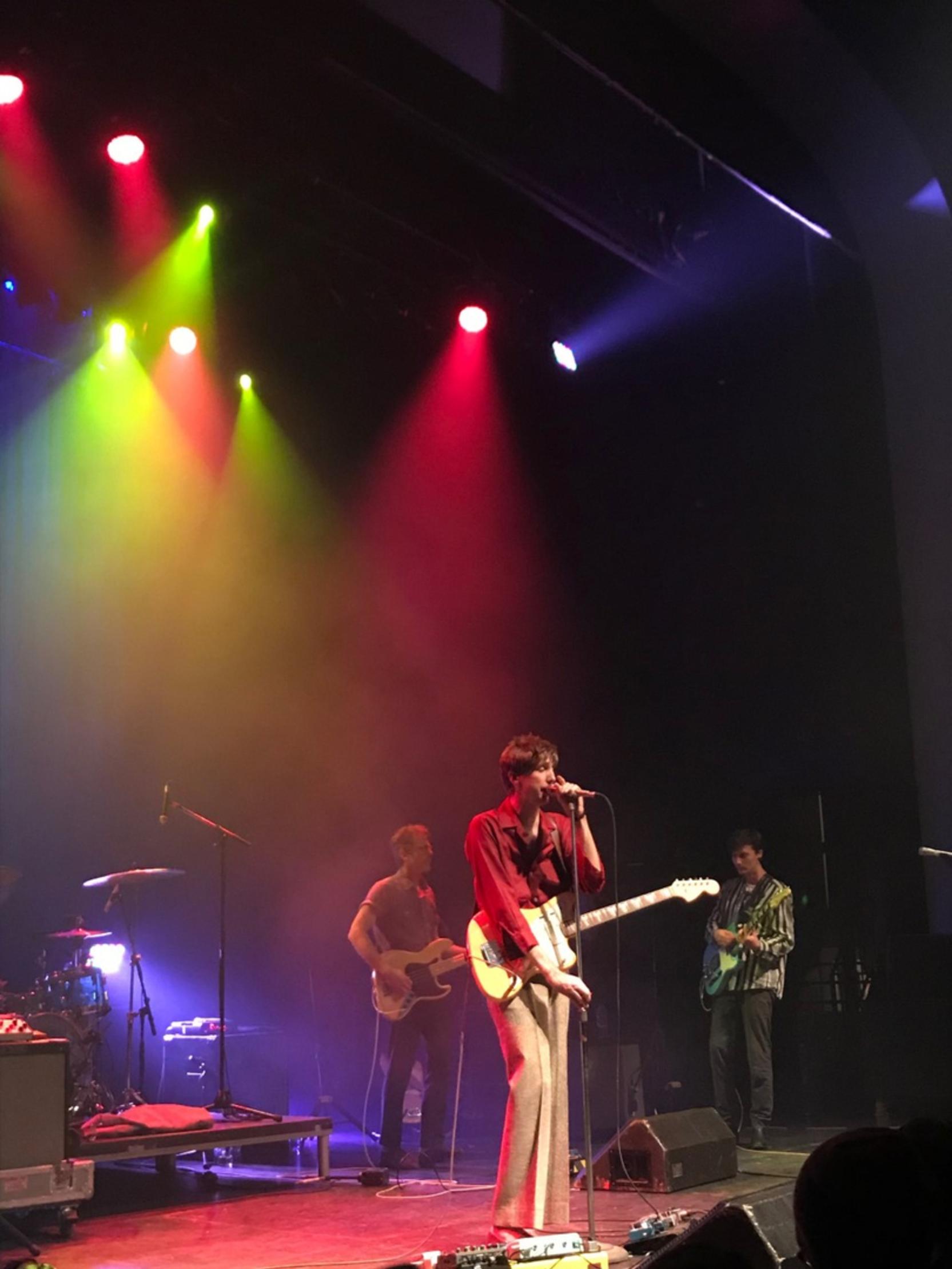