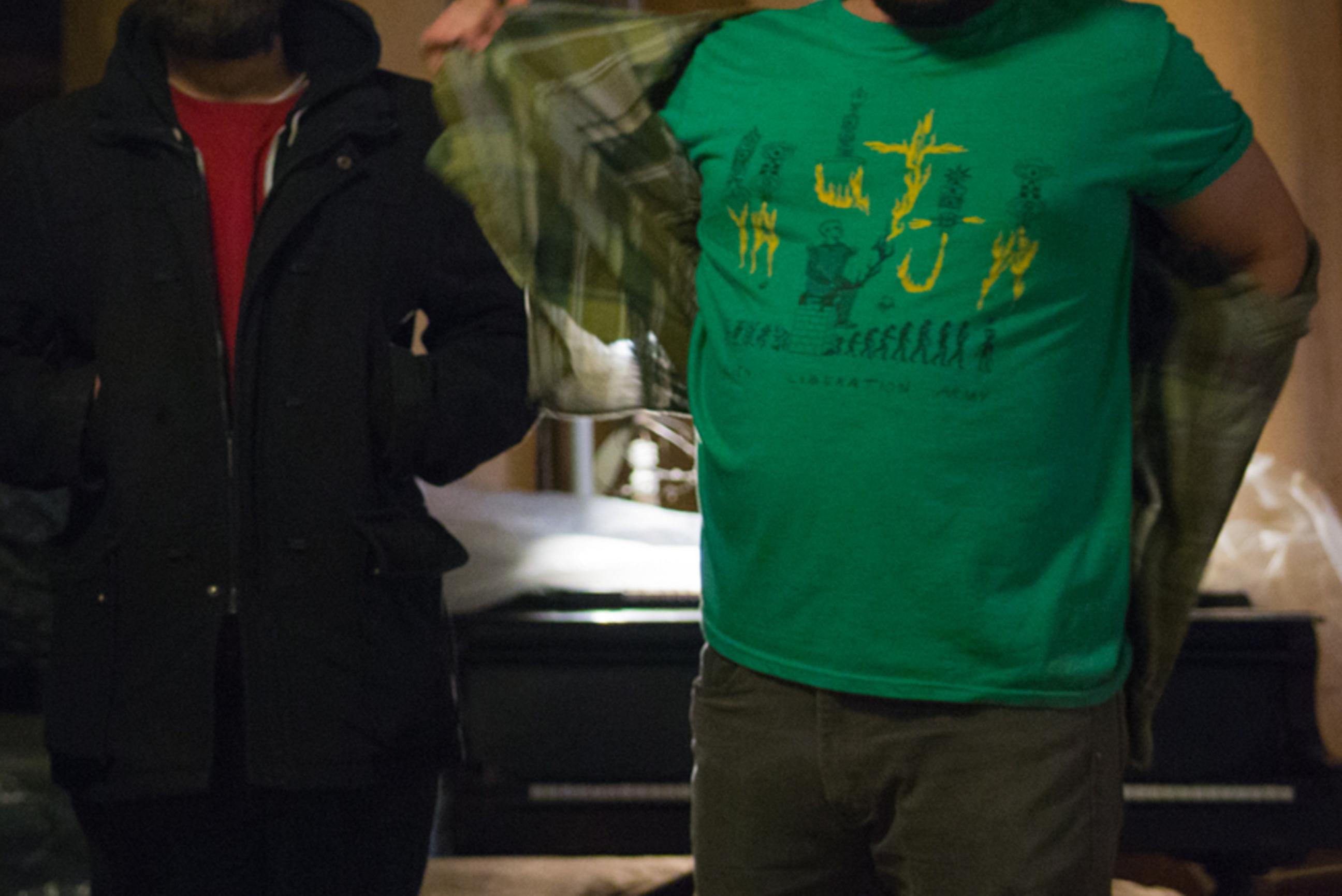 Rick Maguire is the lead singer, songwriter and guitarist in the
beloved indie band PILE. They have just released Green and Gray,
their seventh album overall and first since relocating to
Nashville and adding bassist Alex Molini and guitarist Chappy
Hull as full-time members. chorusVERSEchorus caught up with
Rick just before the start of PILE’s North American tour in
support of the new record and we spoke about his anxiety levels,
his new band members, the recording of Green and Gray…and
Trump!

chorusVERSEchorus: Congratulations on the new record! Can
you tell me a little about the recording of it? I see that you
recorded at Marcata with Kevin McMahon. He has worked with
one of my all-time faves, The Walkmen…did your working with him
come about because of your touring with Titus Andronicus, who
he has also worked with. Did your parents’ place in Tennessee play
a role this time round?

Rick Maguire: I met Kevin through the tour with Titus, he came
to our show in New York in April of 2018 and we spoke about the
possibility of working together. After some correspondence, we
pulled together some songs and tracked them with him in New
Paltz, NY in December. The band lived at the studio for the two
weeks we tracked where we enjoyed Oreos, Thai food, psychedelics
and terrible movies (We set up a projector in our sleeping area so
that we could watch movies at the end of every workday. We
would usually agree on something that we would feel okay
falling asleep to.). I wrote most of the songs in my room while I
was living in Cambridgeport, MA in from April to December.

cVc: You have mentioned that you had something of a panic attack
or anxiety related issues either before or during the making of the
album…first of all, are you ok now? Secondly, what do you think
inspired this? Would I be right to assume that this had a direct
effect on the new music?

RM: Yeah, I'm alright. I was getting ready to move across the
country and do another record, I think there were just some big
things on the docket and my body had a physical reaction to the
potential weight of all of it. Honestly, I think anxiety played a
bigger role in previous records. It used to be that there was this
nebulous cloud of nervousness that hung over all I did and that
stress would sneak into parts of my life when I wouldn't be aware
of it until after the fact, but on this record, it somehow felt
more self-contained.

cVc: The band has been playing bigger rooms and bigger tours over
the last few years: do you feel any particular momentum behind
you at this point?

RM: Maybe! It's nice that there's been a slow growth to things. I
think there's always been momentum to what the band has been
doing, but because we've been doing it for so long it's just
garnering more attention each time we go out.

cVc: A Hairshirt of Purpose was my favourite record of 2017 and it
seemed to grab the attention of the national music press. Did you
feel any bump in attention, record sales or concert attendance?

RM:Sure, I'd say that was the most marked growth from one
record to the next, but then again with each record, it's grown
some amount. We also decided to start working with a booking
agent prior to writing and releasing that album which freed me up
to work on other band-related things so the delegation of tasks
may have helped in the creation and roll-out of the whole thing.

cVc: Last time we spoke, I had asked you if you felt any desire to
include some Trump-era rage into your music: I guess”The Soft
Hands of Stephen Miller” answers that question!

RM: It’s difficult to avoid at this point. When it's not exhausting,
it's infuriating.

cVc: You’ve got viola and cello on Green and Gray compliments of
Elisabeth Fuchsia and Jane Scarpantoni respectively. After a
certain number of “rock’ records would you say that you’re
feeling the urge to incorporate other aspects like strings? Is Pile
gonna do a Kid A anytime soon?

RM:I wish I could write a record like Kid A. I have been working
on a lot of songs on piano lately, but they sound more like Randy
Newman than Radiohead. I do like incorporating other textures
because it can change a song completely and I like trying to
understand the mechanics of that (even though it's probably
impossible to fully understand it).

cVc: When we spoke previously, you mentioned that you were
interested in making more of a singer/songwriter solo record…was
Green and Gray ever going to be that?

RM:Green and Gray was supposed to be the very aggressive record
that led into the "solo" record that came next, and that's what
I'm working on now.

cVc: The last time Pile came through town Chappy and Alex were
playing and they are both featured in the promo photos for the
new album, so are they now full-time members of the band or is it
more a case of who’s available and who you want to work with?

RM: They are full-time members, I live with Chappy and Alex in
Tennessee now. They are great people to be in a band with. Both
Matt Becker and Matt Connery still have a place in the band but
right now they can't commit the time that I'd like to dedicate to
touring and writing.

cVc: Obviously Pile has toured the US extensively but I assume
that you want to make more inroads overseas? Has the band had
much exposure to the major European festival circuit.

RM: Most definitely. We've toured in Europe three times and are
planning to go back a fourth this September. We did play a
festival this past summer in Madrid named Mad Cool and that was
pretty wild. We were able to take a little bit of LSD and watch
Nine Inch Nails, Depeche Mode and QOTSA from a tower. And I
think our set went pretty well. We're trying to go to Australia
and southeast Asia in April of 2020 but we'll see how that all
shakes out.

cVc: Green and Gray is out and you’ve obviously got more touring
to go with it, but do you have anything else on your horizon in
the near future?

RM: This summer, we're going to be releasing an alternate version
of one of the songs from "Green and Gray." Maybe another fulllength
in late 2020.