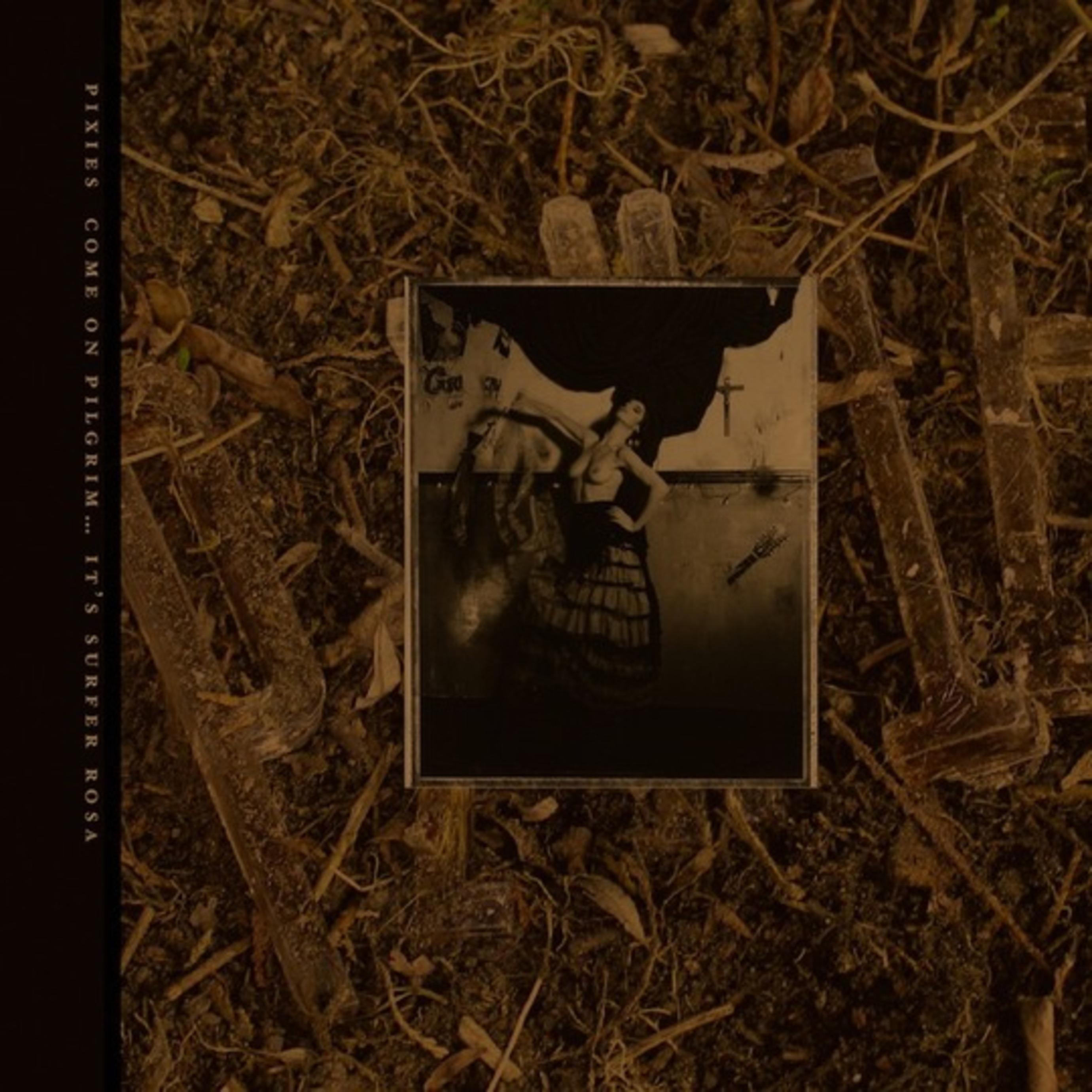 Thirty years ago, a record was released that changed, and continues to influence, the
landscape of alternative rock music as we know it...that record was Surfer Rosa by
Pixies. In honour of that, 4AD is celebrating (or cash grabbing, your choice) with an
anniversary box set that packages together Surfer Rosa with the debut mini LP, Come
On Pilgrim…plus an added bonus of a recording of a 1986 live show, for good measure.
Now you could say that 1988 had a few records that would ultimately leave a sizeable
mark on the rock landscape for decades to come (Nothing’s Shocking and Daydream
Nation come to mind) but to me Surfer Rosa is the original blueprint for the alternative
rock explosion that was to come at the turn of the decade. Songs about incest, the
Bible, sex, and violence populate the album, and while the instrumentation is anything
but groundbreaking, they’re presentation feels somewhat earth shattering!

Six months before all of that brilliance revealed itself however, another equally as
compelling companion piece was released into the world…Come On Pilgrim! This mini
LP was the first thing we ever heard from Pixies and it’s one hell of a mission statement.
What’s truly remarkable is that 4AD Records boss, Ivo Watts-Russell, found the demoes
so compelling that he released them as is…no re-recording at all! Why bother, it’s all
here! Francis’s maniacal screams of sexual frustration and bible misgivings; Joey
Santiago’s bent, chaotic chords; David Lovering’s muscular yet nimble drums; and Kim
Deal’s ear worm bass lines and vital backing vocals.

“The Holiday Song” and “Ed is Dead” both have the pop hooks, but still skew darker.
“Nimrod’s Son” bristles with it’s urgent acoustic strums and now infamous lyrics of
incestuous union and being the son of a motherfucker. “Vamos” and “Isla De Encanta”
both thrash with Santiago’s inspired madness, while Francis becomes unhinged behind
the mic. “”I’ve Been Tired” tells a tale of sexual anxiety whilst the music stays
remarkably upbeat and hook-laden. There are two more standouts to praise here:
“Caribou” and “Levitate Me.” the former being some sort of abstract take on
reincarnation with music that sounds fit for a matador’s funeral; the latter takes a more
anthemic tone, yet for some reason rarely gets played live.

What really stays with you after repeated listens is how timeless Surfer Rosa sounds.
Thanks to Steve Albini’s all killer, no filler recording and microphone techniques, Surfer
Rosa avoids sounding like so many other 80s era records with their big studios and
tinny production. What’s interesting is Albini’s reaction to all the fuss that was made over
the Boston quartet’s debut LP. In a piece he wrote for Forced Exposure in 1994, Albini
dismissed the album as “a patchwork pinch loaf from a band who at their top dollar best
are blandly entertaining college rock!” Scathing, but probably best viewed through the
lens of Albini’s penchant for being a contrarian, not to mention that he is very good
friends with Kim Deal and perhaps this was his shot across Black Francis’ bow for his
treatment of her as a bandmate.

Regardless of Albini’s opinion, Surfer Rosa captivates from the first track. “Bone
Machine” introduces itself with David Lovering’s instantly identifiable kick drum/snare
pattern which lays the groundwork for Deal’s slithering snake bass line. On an album full
of tales of deviant behaviour, “Bone Machine” is the first to the party with its sordid story
of an attempted parking lot molestation and a cheating lover.

“Break My Body”, “Something Against You” and “Broken Face” all share similar punky
DNA structure and, yes, you guessed it, tales of incest! Someone once made the point
that given all of Black Francis’ rather mundane post-Pixies work, it appears that he took
great pains to make it look like he was more damaged and weird than he really was.
Kim Deal steps to the fore on the staggeringly great “Gigantic.” Her bass propels the
song forward, and aside from the sensuality in her vocals, it’s always the central feature
of this hook laden gem…used in a commercial for Apple nearly thirty years later!
A few years ago NME conducted a poll to find what listeners favourite Pixies song
was…I guess it comes as no great surprise that “Where is My Mind?” was the runaway
winner. This unusual, acoustic led track somehow managed to find a second lease on
life after its inclusion on top of the closing scene of Fight Club; not exactly the most
Pixies-ish of songs, but its quirkiness seems to have firmly taken root in listeners ears.
“Cactus” has a quietly sinister edge about it. A song about sexual obsession (or maybe
unrequited love) wherein Francis sneers lines like “ Bloody your hands on a cactus
tree / Wipe it on your dress and send it to me.” A song good enough for noted Pixies fan
David Bowie to cover years later on the 2002 LP, Heathen.

For a real showstopper, look no further than “Vamos.” With Francis sounding like he’s
been up all night and strumming an acoustic just a little too intently, it’s here that Joey
Santiago’s guitar work truly takes the spotlight. On an album filled with trailblazing six
string moments, on “Vamos” Santiago gets more than half of the song’s 4:21 run time to
freak out with his gold top Les Paul.

Included with this reissue is a third LP that documents one of their early live shows,
specifically late 1986. Entitled Live from The Fallout Shelter, the set features almost all
of what would become Come On Pilgrim as well as some later gems like “Subbacultcha”
and “Down To The Well” and rarities like “Boom Chicka Boom” and “Rock a My Soul.”
Granted, the audio is a little scratchy and tinny, but it’s fascinating to hear how fully
realized songs like “The Holiday Song” and “Caribou” (to name but two) already were.
Thirty years on and Surfer Rosa/Come On Pilgrim show no signs of losing any of their
stature…in fact it only continues to grow. We take Pixies for granted now because we
are have lived through so many inferior copies of them for so many years. Any rightminded
individual can put Surfer Rosa on the turntable now and appreciate the cool
songwriting, but to think these songs were recorded in 1988 is somehow not believable.
Before Nevermind, there was Surfer Rosa. Before OK Computer, there was Surfer
Rosa. Doolittle may have broadened their appeal, but Surfer Rosa was the blueprint to
how the game is now played. To quote Albini’s 1991 review of Slint’s Spiderland…ten
fucking stars!!!