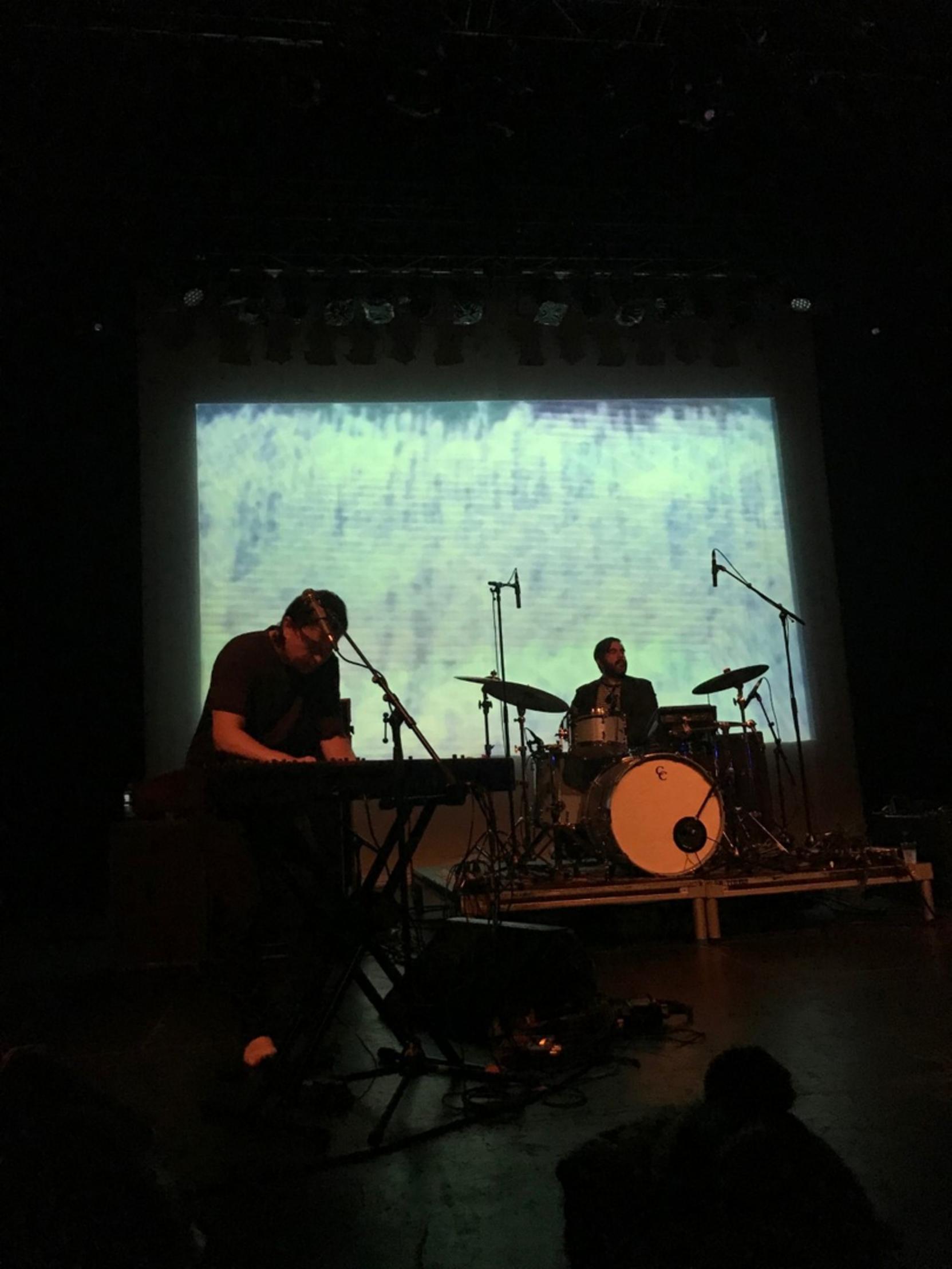 Vancouver via Montreal all-stars Wolf Parade are back on tour and with a new album not far
away from hitting the shelves. Since we last saw them supporting 2017’s excellent Cry Cry Cry,
the band have lost multi-instrumentalist member Dante DeCaro and have chosen to not
replace him and have instead returned to their roots as a trio. Of course, as always, the story
with Wolf Parade is the balanced diet between the songwriting/lead vocals of Spencer Krug
(keyboards) and Dan Boeckner (guitar). Their four full-lengths and numerous EPs have all
skillfully showcased the duo’s unique and particular songs and it’s nice to see that none of that
has been lost over time.

The set favoured material from their standout debut (and one of the finest Canadian records of
all-time) Apologies to the Queen Mary and new material, but essentially totally bypassed their
middle two records…a shame, considering how often those songs get overlooked. The new
found trio debuted four new songs as well, and I can report that all of them (with working titles
of “Julia”, “Goth”, “Glass” and “Seattle”) are in that typical Wolf Parade vein of Boeckner’s
anthemic rockers and Krug’s moody keyboard-centric pieces.

Great to hear “Soldier’s Grin”, the lively opening track from their somewhat forgotten second
record, At Mount Zoomer, open the show, even if it was a bummer that Boeckner’s guitar didn’t
last much longer than a chord or two. They righted ship quickly however with the Queen Mary
favourite “Grounds For Divorce.”

Cry Cry Cry wasn’t left out of the mix either, as Boeckner’s up-tempo “You’re Dreaming”,
Krug’s brooding “Lazarus Online” and spirited “Baby Blue” reminded everyone of just how
strong a comeback record that was.

Of course before the night was done, the band would pay proper respect to Apologies… with
powerful and sentimental takes on old favourites like “Shine a Light”, “Dinner Bells” and “I’ll
Believe in Anything.”

Spencer Krug and Dan Boeckner have more than proven their songwriting chops, individually,
many times over in various other projects, but when they team up in one band it truly creates
something magical…long may it continue!