Long before the Gallagher brothers rained insults and hatred upon one another, there
were the Reid brothers. Hailing from East Kilbride, Scotland, Jim and William Reid
formed The Jesus and Mary Chain in 1983 and after signing with Creation Records not
long after, the band found instant success with the release of the debut LP,
Psychocandy. The early tours were marred by violence between the band and the
audience and by the end of each successive tour that violence turned itself inwards
towards the brothers themselves. Things got bad enough that by the end of the touring
cycle for 1998’s Munki, the Reids decided to call it a day. After a certain number of
disappointing side projects, it seemed all but inevitable that a reunion tour would be in
the offing. So after a successful reboot culminating at the 2007 Coachella Festival, the
band went on numerous triumphant treks, stoking anticipation for a new album as they
kept going. Sure enough, the brothers finally got their act together and this past March
saw the release of Damage and Joy, their first new record in nineteen years.

Hitting the Massey Hall stage for the first time in their storied career seemed to have
had a significant impact on the brothers Reid. Through his thick Scottish brogue, Jim
paid homage to the beauty of the building in a brief bit of dialogue with the
audience...conversing, never being a Jesus and Mary Chain strong suit.

The set consisted of a nice mixture of old and new; for every Psychocandy and
Automatic track, there was a Damage and Joy one to counter it. In the early going there
was the new single “Amputation”, which had all the hallmarks of latter day Mary Chain,
with it’s power chord progression and ‘I’m a rock n roll amputation” chorus.

Classic Automatic tracks “Head On”, “Blues From a Gun” and “Between Planets” got a
welcome airing and were played with a no nonsense attitude. They dusted off all three
singles from Honey’s Dead: “Far Gone and Out”, “Teenage Lust” and the “I wanna die
just like Jesus Christ” verses of “Reverence.”

As usual, William hung back in the shadows, content to lay down the feedback and
power chords from just in front of his Jesus stickered Orange cabinet.

The bulk of the set wound up being a balanced duel between songs from Damage and
Joy and Psychocandy...and to the band’s credit, the new material stood nicely beside
the old. Personal highlights were the moody “Mood Rider” and “Always Sad.”

Before the band packed up the gear and moved on to their show in Brooklyn, they
plucked one more nugget off of Pyschocandy as well as the lead single from 1998‘s
Munki.“Never Understand” was as just as feisty as you would have wanted, while “I
Hate Rock n Roll” was a classic example of the power pop formula of latter day JAMC.
All and all, a solid set from one of alternative rock’s legacy acts, but the same thing that
held them back decades earlier was still the case here: the lack of engagement with the
crowd hurts the overall enjoyment. 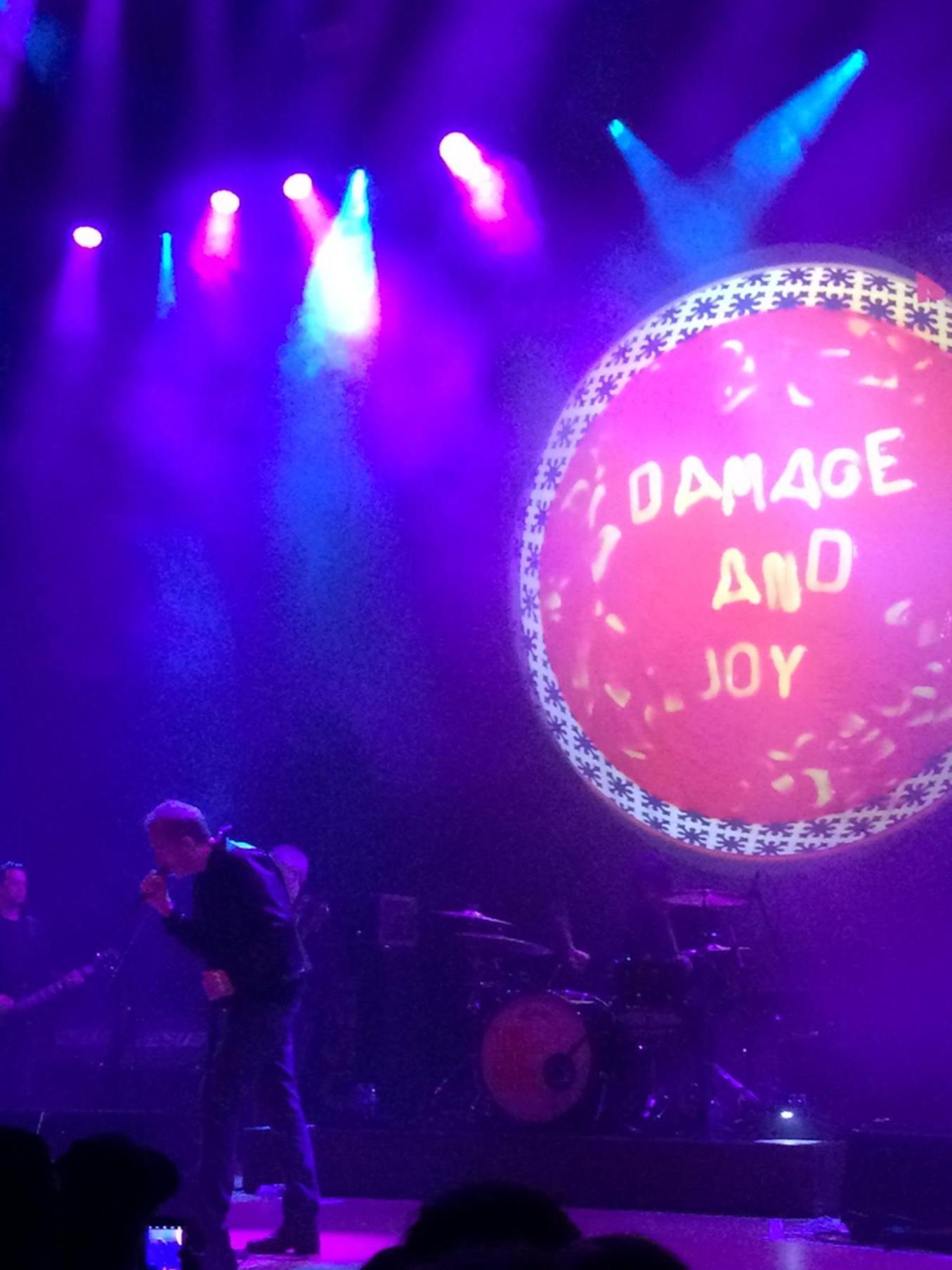