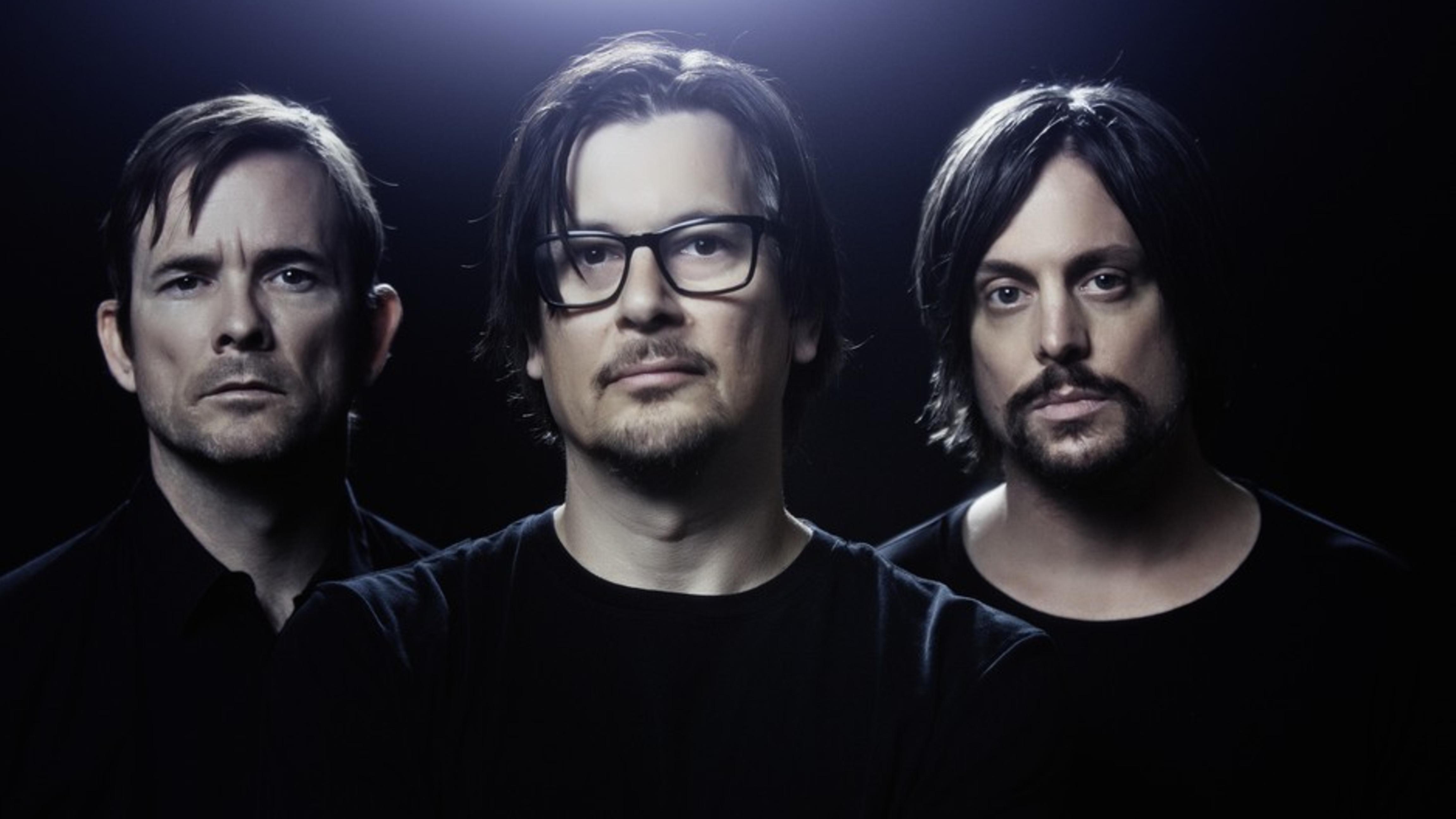 Nineties rockers Failure have managed to navigate the not so easy terrain of moving from reunion act to full-on going concern with considerable aplomb. The trio of Kellii Scott, Ken Andrews and Greg Edwards managed to win over many fans and critics alike through the bulk of the nineties, but as we have seen with a handful of other bands in recent times, the stature and influence of Failure continued to grow, even in their absence. Fantastic Planet, the group’s seminal and final record before breaking up was a minor success at the time of its release in 1996, but it has managed to take on the role of cult classic in the years since…always keeping its place on turntables and data files of music lovers near and far. Fast-forward to 2014 and we find that Ken and Greg have renewed their friendship, due largely to the fact that both had become fathers recently. Gradually talk turned to testing the waters of playing a Failure show, Kelli was called in and a singular show was booked at the El Rey in Los Angeles. Well, that one show sold out in mere minutes and sparked a full-on Failure revival that brought the band back to Toronto on a tour in support of their excellent new record, The Heart Is a Monster.

chorusVERSEchorus was lucky enough to sit down to a Sushi dinner with drummer Kellii Scott a few hours before their mesmerizing Lee’s Palace performance, and in-between bites of Maki and California Roll we discussed Steve Albini, Meg White, Kurt Cobain and the rebirth of Failure!


chorusVERSEchorus: So, welcome back to Toronto Kellii…how has the tour been going for Failure v2.0?

Kellii Scott: It has been great, the shows have been great!

cVc: Before we talk about the new record and tour, I wanted to go back to the beginning; you’re not Failure’s original drummer, so how did you come to join the band in the first place?

KS: I had vaguely heard of them but I had never met Ken and Greg before I joined the band. In fact, I was so busy with other things, I actually missed the first audition…Ken wasn’t too happy about that! Tom Morello (of Rage Against The Machine) gave them my number and their management knew who I was, so my number was given to them a few times. We go back to 1993 together.

cVc: The second record, Magnified, came out in 1994 and though you are credited with a ”thank you” in the liner notes you, you didn’t actually play on that album, right?

KS: That’s right. I joined the band just as they were finishing up, but I made them put my name in the liner note “thank yous”. Ken and Greg worked with a drum machine during the writing of the album and Greg ended up playing some drums along with another drummer who they had tried to work with, but ultimately didn’t.

cVc: Failure’s debut, Comfort, was recorded with Steve Albini at the same studio (Pachyderm Studio in Minnesota) that he would later record PJ Harvey’s Rid of Me and Nirvana’s In Utero…have the guys shared stories with you about that experience?

KS: Let’s just say that it was an incomplete process. It was probably one of the larger catalysts in getting Failure into a state of self-production. Albini’s personality is such that he thinks he knows everything and on top of that he’s not a great listener…so it leads to a process that’s incomplete because you are never achieving the sound you hear inside of your head…no matter what the dynamic!

cVc: Speaking of Nirvana, did Failure ever cross paths with them back in the day?

KS: I met Kurt once or twice and I knew Courtney because we had the same manager when I was in Liquid Jesus in the late eighties. Also, there was an entry in Kurt’s “Journals” book that they put out about ten years ago, where he has a list of things to do while he was in L.A. and it says call Failure and it had my number beside it!

cVc: So what about The Heart Is A Monster…are you happy with all aspects of the record?

cVc: So does this mean that Failure is back in full swing again? Is the band going to be an on-going concern?

KS: I think a lot of it depends on how well the record does. We’re all older now and we have to be able to make a certain amount of money to be able to sustain our families and lifestyle. We don’t need to make a million dollars, but we need it to fill the space of not having a full-time job. Also, there are competing interests; Ken is a producer and Greg has Autolux and they have a new record coming out very soon…so we’ll have to see.

cVc: I was watching Failure’s DVD compilation, Golden, recently and I happened to notice that there were live clips included on there that dated back to 1990 of The Heart Is A Monster songs “Petting The Carpet” and “I Can See Houses”…which begs the question: are there any other songs on this record that have that kind of back story?

KS: There has never been a recording of “I Can See Houses” other than what is included on Golden, so that was kind of intriguing…just because it hadn’t been recorded before. Also, we felt that we could do a recording of it that would bring it into now. Greg was using the fretless bass a lot back in those days and it just sounded like Japan meets The Cure…it’s such a hokey instrument.

The same goes for “Petting The Carpet”, it was one of Ken and Greg’s favourites that didn’t make it onto Comfort. The drums are completely different and I think the mood of the song is different…I think it’s more angular and aggressive now…more cutting Also, the bridge makes it a completely new song…the old bridge, which wasn’t even a bridge…it was just “lets push a button and make everything weird for eight bars and then un-push the button to get back into the song again.”

cVc: Is there any material leftover from these sessions for a new record?

KS: No…and there wasn’t any left when Fantastic Planet was done either, except for the song “Wake Up.” We are pretty good at writing for the record…there are no throwaways. It’s because of how we pursue stuff, we start a song and don’t move on until we complete it.

cVc: I was wondering, because you joined the band after Comfort and Magnified, do you play those songs the same as their recorded versions or have you re-worked them to suit your needs?

KS: I don’t recreate the studio versions of those songs because I think there were a few flaws in the way that some of them were recorded. Take “Macacaque” for example; the antithesis of the song is there…the beat itself is awesome, it’s just the other stuff that ties it in that I don’t like. I try to stick to how everything on Magnified was recorded and I have even gone back and listened to what I played on Fantastic Planet and I play it the way it should be played now…I don’t tend to take any liberties. When we would tour back in the nineties I would change things up night to night.

cVc: In the mid-nineties Neil Peart decided he was bored with his drumming technique and wound up relearning his drum parts with the help of the jazz drum guru, Freddie Gruber…have you ever contemplated something like that? What do you think of such a move?

KS: Horrible idea! I like the way I play, but I’m a massive Peart fan…that’s how I learned to play the drums…literally. My older brother gave me Highway To Hell and then a couple of months later he gave me All The World’s A Stage…so I’m a huge Rush fan.

cVc: I recently interviewed Russell Simins from the Jon Spencer Blues Explosion and we had chatted about the techniques and styles of drummers like Keltner, Helm and Charlie Watts, but I was interested to ask him what he thought of somebody like Meg White…his take was that she is great because she has her own style that happens to be sexy and unique to her…he says that drumming needs to be sexy! What do you think of Meg White?

KS: I think Meg White is a great drummer. If I sat down and tried to play that shit, I would pull my hair out…I can’t play like Meg White! Any monkey can learn a trick…anyone can learn to play all the parts, but that only means you practiced a lot. What sets a drummer apart is how they translate all those parts into a way that says: “this is me!”

cVc: What drummers were/are you influenced by?

KS: Well the teenaged version of me would say guys like Tommy Lee, Phil Rudd, Neil Peart, Keith Moon and John Bonham…but you don’t hear any of those guys in the way that I play today. The only influence on me over the last twenty years has been me and the people that I play with. Ken and Greg have been a huge influence on me. I hadn’t codified the Kellii Scott that most people know me as until I joined Failure! My musical language changed quite a bit after having played with them.

cVc: Finally Kellii, what is next for you after this tour?

KS: We’re not sure how far this will take us. We have September off. Back out in October, then back to Europe for November and then December off. Possibly Asia and Australia in January and February…after that it’s up in the air! 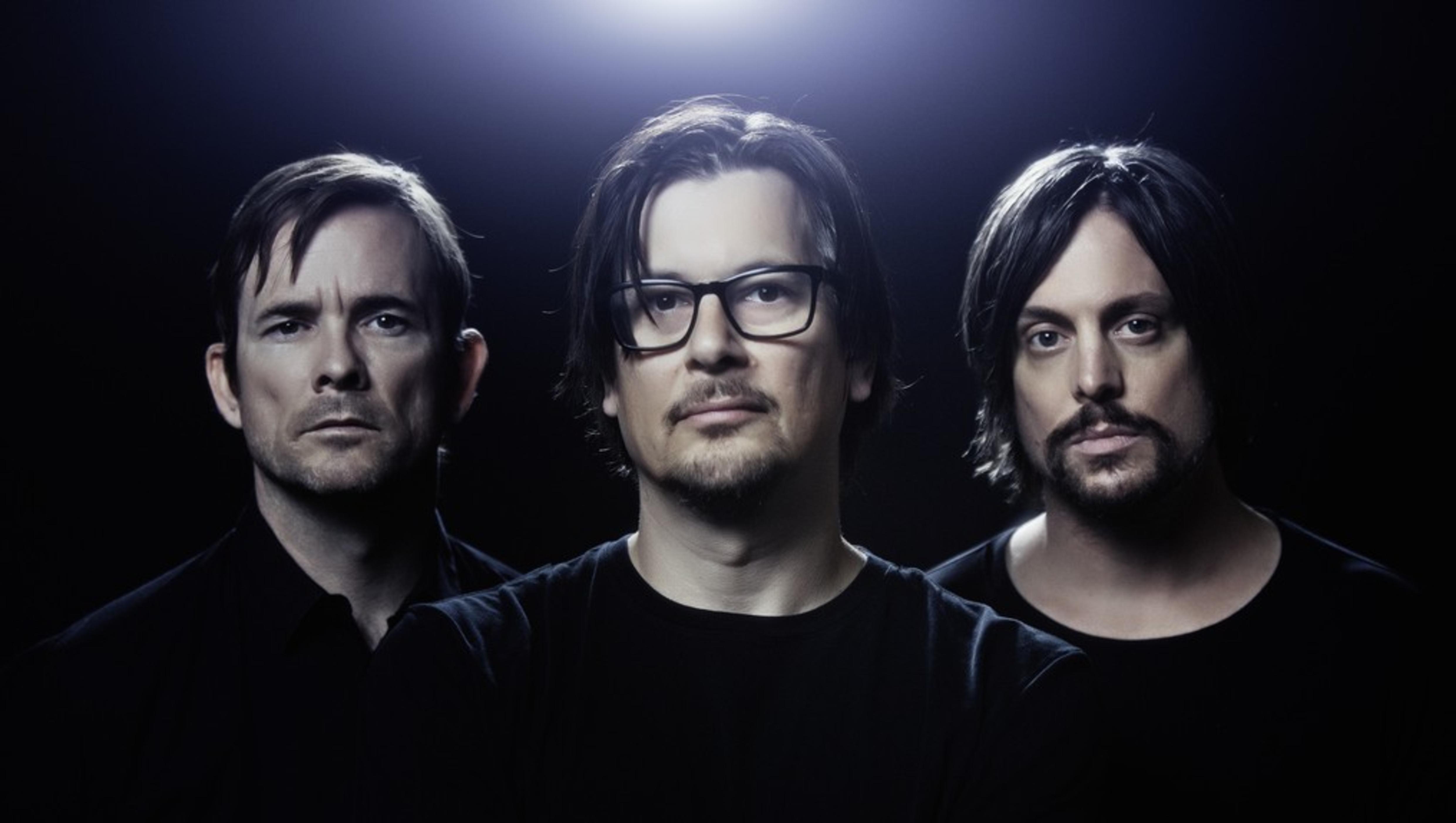