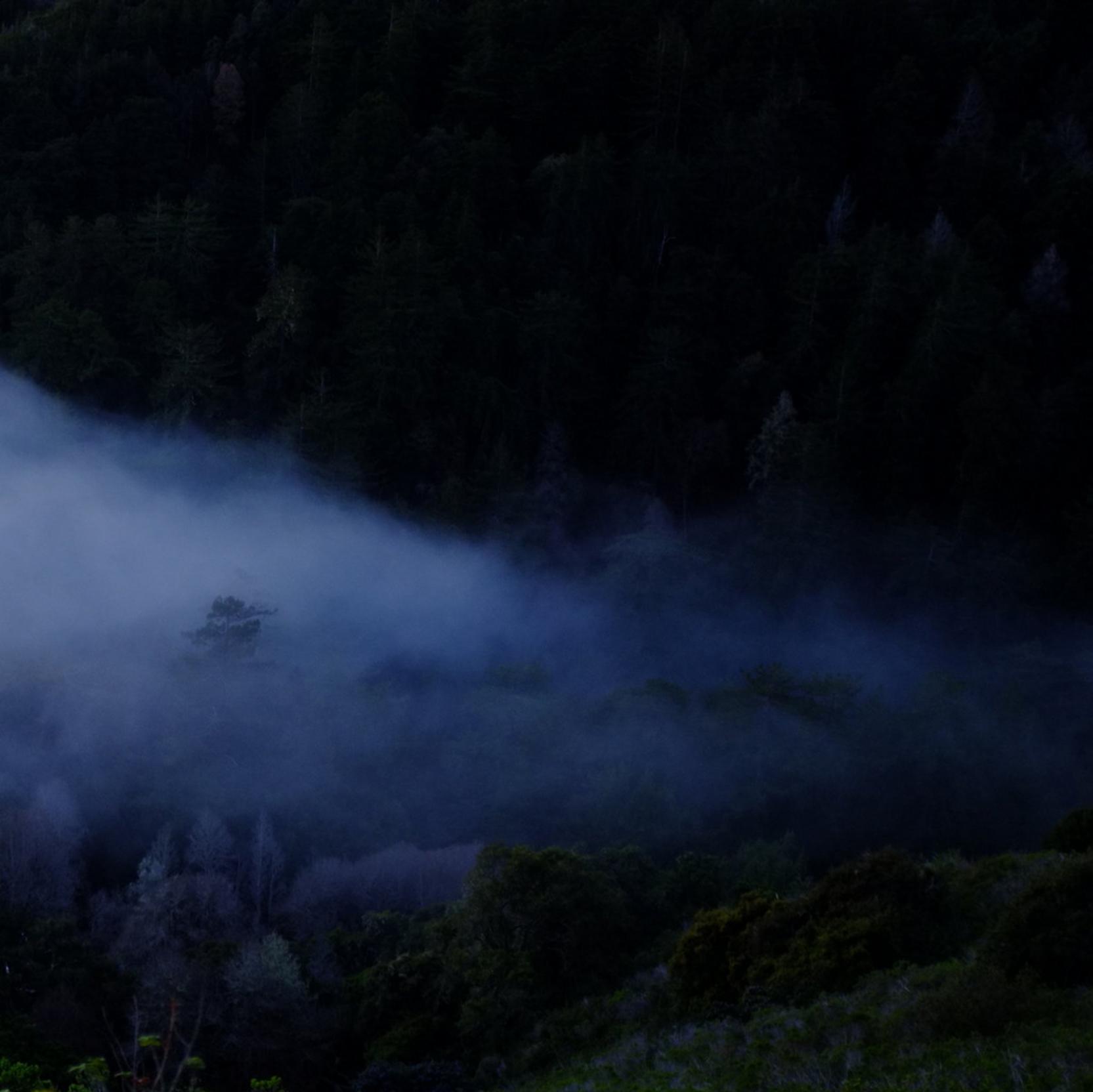 Dark Watchers is the full-length collaborative ambient debut from Jonas Bonnetta of Evening Hymns fame and Edwin Huizinga, who has played with everyone from The Mars Volta to The Wooden Sky to name only a few. Musically, the album hinges on a delicate yet masterfully executed balance of three major sonic elements: Bonnetta's subtle piano melodies, Huizinga's sweeping string compositions, and the organic natural melodies derived from the field-recorded soundscapes of Big Sur, California. Seemingly an insurmountable task from a traditional "songwriting" perspective, what the Dark Watchers project truly represents is a tactful exercise in composition and production.

With such limited reliance on traditional songwriting structure, the listener is instead taken on a journey that is so geographically specific that one is immediately transported to an entirely new environment that is both exciting and terrifying in equal measure. Point in case, the album's most serene composition, "Lime Creek Headwater Meditation" is immediately preceded by the downright bone-chilling opening piano chords of "Come Jeffers". Likewise, "Night Surf at Garrapata Beach" relies on a rhythm section comprised of little more than crashing waves. And to top it all off, the album opens with a symphony of bird songs on "Glen Deven Ranch #3." To say that Dark Watchers is deeply rooted in the sounds of nature would be the understatement of the century!

While this album could in some ways be viewed as a spiritual sequel to Bonnetta's 2018 ambient debut All This Here, the collaborative nature of these compositions with Huizinga elevates the material to entirely new heights. With these two distinct musical personalities coming together in the scenic natural beauty of Big Sur, the results are nothing short of serene. For an album entitled Dark Watchers, there is a tremendous amount of sunny optimism radiating from each of the ten songs collected here.