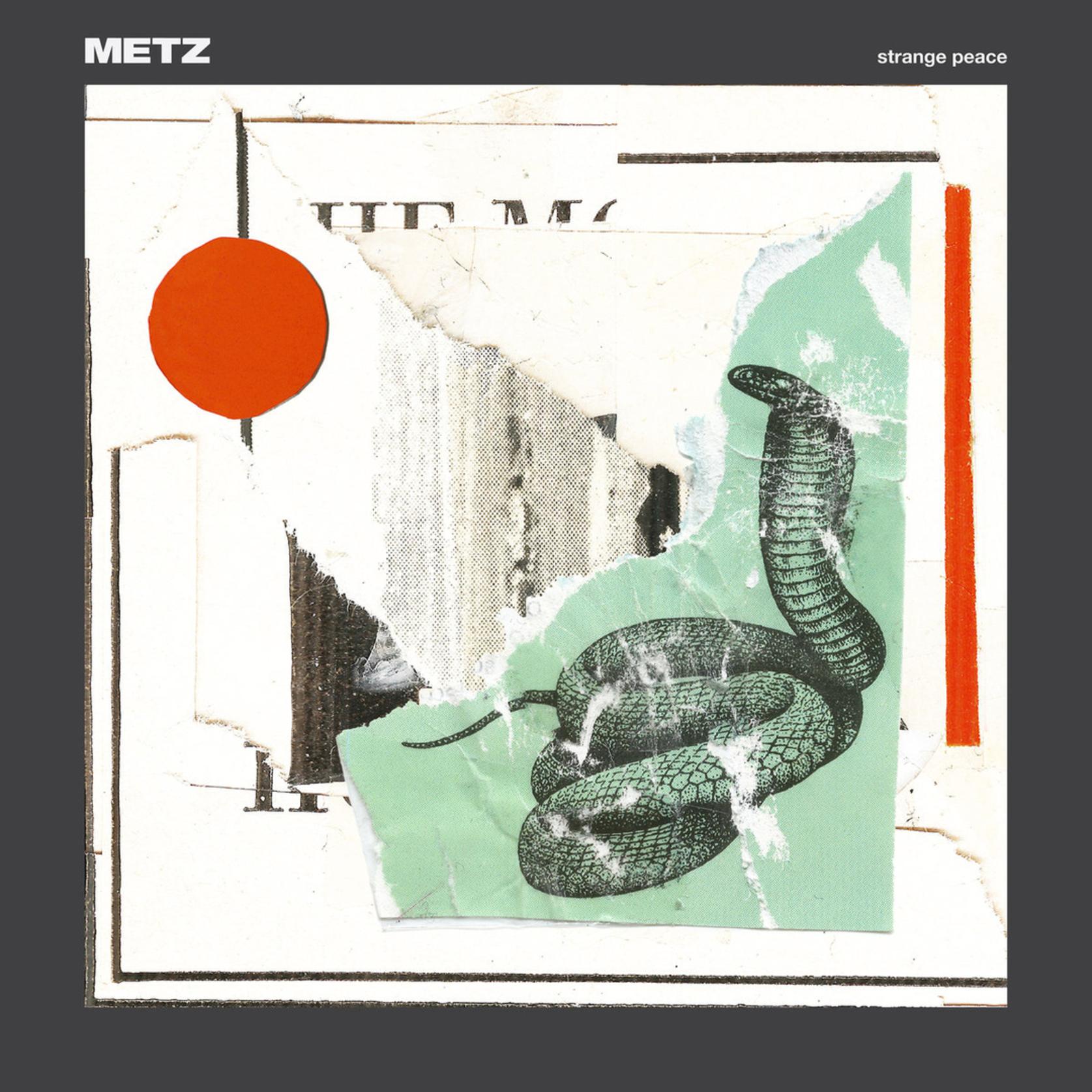 Toronto noise rock trio METZ are back to pummel you into submission with their third
album, Strange Peace. Following the release of their previous two Sub Pop efforts, the
band’s profile has been on a quick and steady ascent after countless rounds of touring
and almost universal critical acclaim. The band’s first two records are very much birds of
the same feather; both produced by Holy Fuck’s Graham Walsh and both trading in a
similar sonic and song structure vein. Strange Peace is not exactly reinventing the
wheel for METZ, but this time round the band travelled down to Chicago to work with
famed engineer Steve Albini. On the surface of things, it would seem to be a match
made in sonic heaven: a band so obviously indebted to The Jesus Lizard and Big Black
recording with the man that engineered the former and played in the latter.

Albini’s voice is actually the first thing you hear on Strange Peace, his distant voice
announces “we’re rolling” before the band launches head first into the caustic “Mess of
Wires.” Everything you want from METZ resides in “Mess of Wires”: Hayden Menzies’
propulsive drums, Alex Edkins’ pavement saw guitar and Johnny Rotten sneer, while
Chris Slorach’s bass tone sounds as menacing as ever.

“Drained Lake” keeps up the aggressive momentum, but it’s the stellar “Cellophane”
where the group really shine. Yet another concussive riff opens “Cellophane” but in a
shocking turn of events, the band turn to some Beatles like harmonizing. Taking a cue
from “I Wanna Hold Your Hand”, Edkins goes full on Lennon and McCartney with his
“how will I knows.” A definite candidate for our end of year “Best of” list.

Strange Peace takes a more experimental turn with the tracks “Caterpillar” and “Sink.”
“Caterpillar” is a demo that only features Edkins, while “Sink” sees the band explore
territory more familiar to the likes of Sonic Youth.

“Common Trash” is yet another balls to the wall rocker in the typical METZ fashion of
caterwauling guitars and unrelenting drums.

It was inevitable that METZ was going to record with Steve Albini at some point..what
with their somewhat slavish devotion to the early nineties noise rock sound and almost
any record that Albini has had some connection to. The reality though is that METZ,
three records in, have already established their sound and as a consequence the work
produced with Albini turns out to be just more of the same...not that there’s anything
wrong with that! Lord knows I (and countless others) already love the kind of music
these guys are making, but maybe there is just an anti-climatic feeling that the METZ/
Albini pairing didn’t pay-off in a more revelatory way.