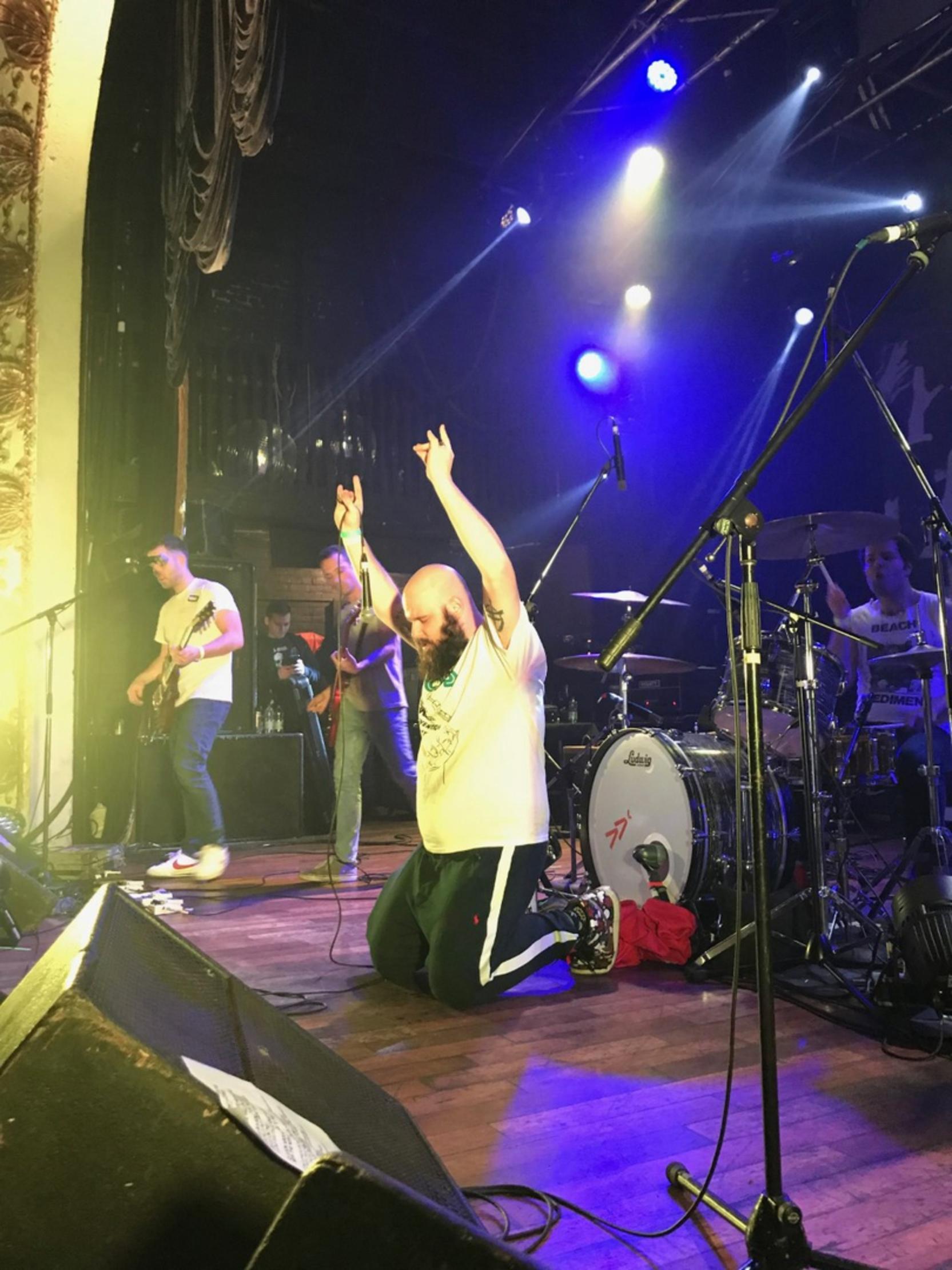 Tis the season for hard rockin and good deeds. Toronto’s two preeminent punk/rock bands
came together for the worthy cause of playing a benefit show on behalf of the Toronto
Overdose Prevention Society. Though it was a show that fell on the cusp of Christmas and all
the good cheer that comes with that, this was a night of METZ and Fucked Up simply laying
waste to a poor unsuspecting Opera House. Both bands have just recently wrapped their
touring cycles, so they were more than well practiced for the occasion and as such both stuck
to the sets that they had been playing.

METZ, as has always been the case, came out and took no prisoners with their brutal attack.
They played a set that took songs from all three records in equal measure, but let’s face it, at
this point METZ has little in the way of dynamics…you’re getting twelve songs of razor wire
and brass knuckles whether you like it or not! With this band it really just comes down to which
riffs you favour…for me, I’ll take the the punch in the balls that is “Spit You Out”, “Cellophane”
and “Acetate.” I’ve said it before and I have to say it again: Hayden Menzies’ drumming is out
of this world..the guy hits heavy and his patterns are insane. And is it just me or does Chris
Slorach have one of the coolest bass tones out there.

This being an all ages show, there was a very healthy mosh and circle pit as well as the most
amount of stage diving I’ve witnessed since Seattle was the centre of the music world. Fucked
Up played right into that atmosphere by sticking with an exclusively punk setlist of songs,
forgoing their somewhat remarkable diverse recorded output. The new Dose Your Dreams LP
was a focus but not at the expense of their previous albums. As you might imagine, lead man
Damian Abraham was a central focus all night with his WWE style antics and his entertaining
story telling. Performing half the set with a plastic bottle stuck to his head was a personal
highlight!

Two of Toronto’s finest coming together for one great cause!