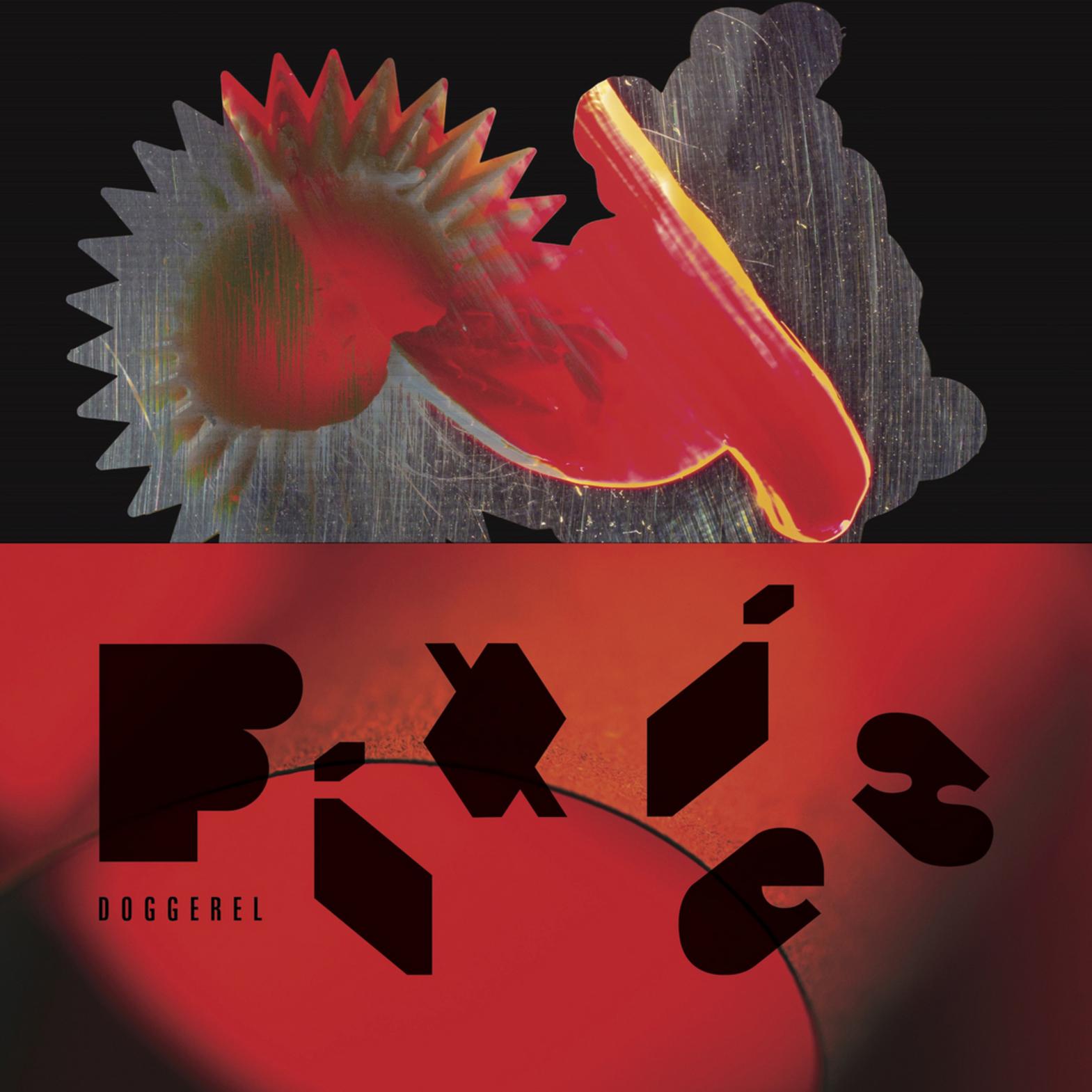 Here's a headline sure to knock you out of your chair: Doggerel, the eighth long-player from the Pixies, is arguably the most consistent album of the band's lengthy and varied discography. It's not the most ground-breaking, genre-defying, or vital release from the band -- that ground was already broken between 1987-1991, but it does find the band at their most comfortable in their own skin since 2014's Indie Cindy. The single biggest challenge facing the Pixies since reuniting in 2004 and subsequently beginning the daunting task of trying to live up to their impeccable body of recorded work with a subsequent string of post-reunion albums is striking the right balance between "classic" Pixies and "future" Pixies. With Doggerel, the Pixies are taking dead-aim at the future and not looking back.

The album opens with "Nomatterday", a sort of thesis statement and open-letter apology to fans of "classic" Pixies ("You know, I know that you don't really hate me... I'm sorry in advance for all of my hyberbole... Don't. Waste. Your. Time. On. Me.") Black Francis is literally telling old-guard Pixies fans to collect their refunds and move along right from the very first notes of Doggerel. The song chugs along with a classic "Gouge Away" pace until an unexpected time signature change kicks in during the song's midsection. If you're still listening at this point, the remaining eleven songs that follow represent a journey into Francis' head space 36 years deep into life as a Pixie.

The overall tone of the album skews closer to the folk, and dare I say country-Western, side of the Pixies back catalogue, with Francis acknowledging that many of the completed songs he brought to the Doggerel sessions were intended for an unrelated country-tinged project that ultimately ended up connecting with his fellow Pixies. "Vault of Heaven" falls into this songwriting vein, as does "Dregs of the Wine," which marks the first co-writing credit by guitarist Joey Santiago in the Pixies catalogue. Indeed, acoustic guitar prevails all over this album, as on the mid-album standout track "Thunder and Lightning."

The reason this record sits so well as a consistent listen from front-to-back is that both Francis and Santiago acknowledge that they no longer have any interest in writing short, two-minute "punk" songs that characterized so much of their early output. There's a recognition from the band that any attempt to "fake" teenage angst at this point would merely comes across to longtime fans as an exercise in artifice, the sonic equivalent of a faked orgasm during sex. The Pixies hold themselves to a higher standard, and they prove it on Doggerel.

While there are many standout tracks here, none shine brighter than the album's namesake closing track, "Doggerel." Clocking in at just shy of five minutes, its arguably one of the longest songs in the Pixies catalogue, and in classic Pixies fashion it leans heavily on the rhythm section of David Lovering and bonafide newcomer Pixie Paz Lenchantin. The song propels forward at a pace eerily reminiscent of Radiohead's "Creep," but unlike the aforementioned Radiohead breakout single, "Doggerel" re-writes the classic Pixies loud-quiet-loud dynamic by way of a steady crescendo from quiet to loud, and indeed a triumphant final climax! This is simply further proof that Pixies are far from done evolving their sound and growing as a band. Characterized by a more mature sound, to be sure, Doggerel  is well worth sticking with until the very last note, and indeed demands repeated listens. Surfer Rosa 2.0, it is not!