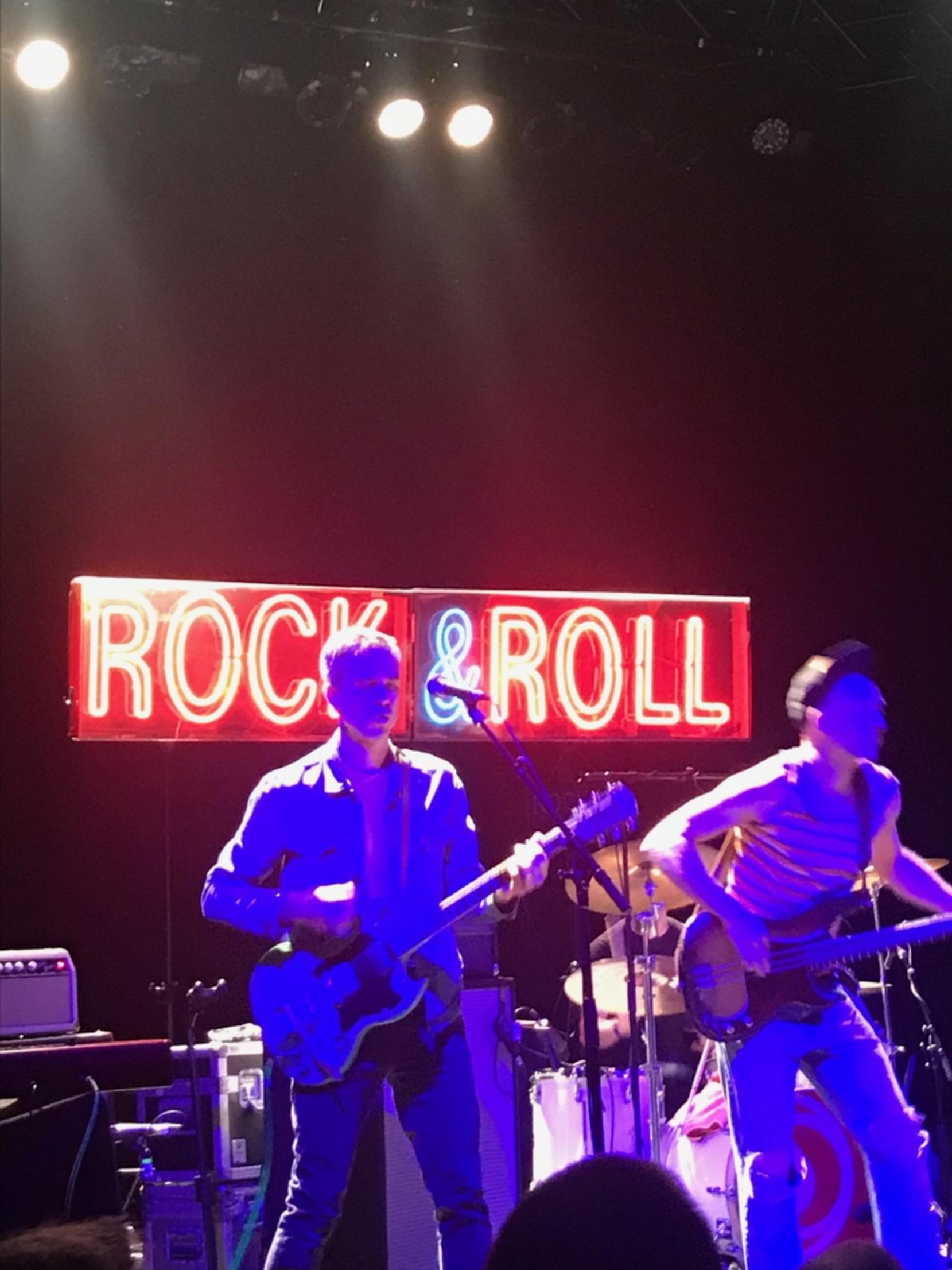 How is this band not together and releasing new music? Revered Halifax rockers Thrush
Hermit have finally set aside some time (almost ten years removed from when they last did) to
get back together and play a few shows…this time in honour of the twentieth anniversary of
their second and final record, Clayton Park. Would you also believe that this anniversary
celebration was the impetus for Clayton Park’s first pressing to vinyl? So what better reason
then to get out to the Danforth Music Hall and relive what is certainly one of the finest
Canadian rock records of all time!

Just to bring everyone up to date about what’s going on with Thrush Hermit these days; of
course Joel Plaskett (guitar, vocals) continues to make new music with the Joel Plaskett
Emergency and also solo; Rob Benvie (guitar, vocals) has been in a variety of different bands,
but most notably in the acclaimed Montreal outfit The Dears; Ian McGettigan (bass, vocals)
works in music production and engineering, as well as playing with Plaskett from time to time;
and Cliff Gibb (drums) got out of music altogether after his departure from the band in 1999.
The Haligonians took the stage to and all but sold-out Danforth and wasted little time in giving
the people what they came for. After McGettigan’s obligatory and very necessary bass in
mouth routine (see picture below) the quartet ripped right into Clayton Park’s incredible lead
track, “From the Back of the Film.” With the neon “Rock & Roll” sign blazing on the backdrop
behind him, Plaskett immediately commanded the crowd with his stage presence and
commitment to the song.

Though slower tempoed, “Violent Dreams” kept the riffs coming and again it was Plaskett who
was the centre of attention. The lonely bass lines of the verses only made the release of the
power chords that much more gratifying…the band milking every minute of it’s almost ten
minute runtime!

“The Day We Hit the Coast” could not have possibly disappointed anyone in attendance with
its huge riffs and sing-a-long verses…this has gotta be one of the all-timers in the Can rock
cannon! Likewise, “Oh My Soul”, “Songs for the Gang” and “Uneventful” gave everyone
exactly what they were looking for.

After the feel good take on “Before you Leave” (featuring Peter Elkas and Ben Gunning from
Local Rabbits), the show kicked up another notch with an inspired encore. After leading off
with Benvie’s melancholic tale in “Strange to be Involved”, the second act got more freespirited
with McGettigan’s foot-stomping rocker “On the Sneak” and Benvie’s ode to teenage
life “French Inhale.” The power chord punch of “North Dakota” was an easy reminder of how
criminal it was that this didn’t score them a hit back in ’97!

Though the band has been on the sidelines since 1999, Clayton Park has continued to win
friends and influence people in the years since its release. It’s absolutely wonderful to see and
experience these old bandmates reliving the glory of days gone by and it truly frustrates, this
interested observer at least, that they can’t put the time aside to find a way to make another go
of it! Plaskett recently said,”never say never”…it’s faint hope, but let’s pray it leads to
something! Long live The Hermit!