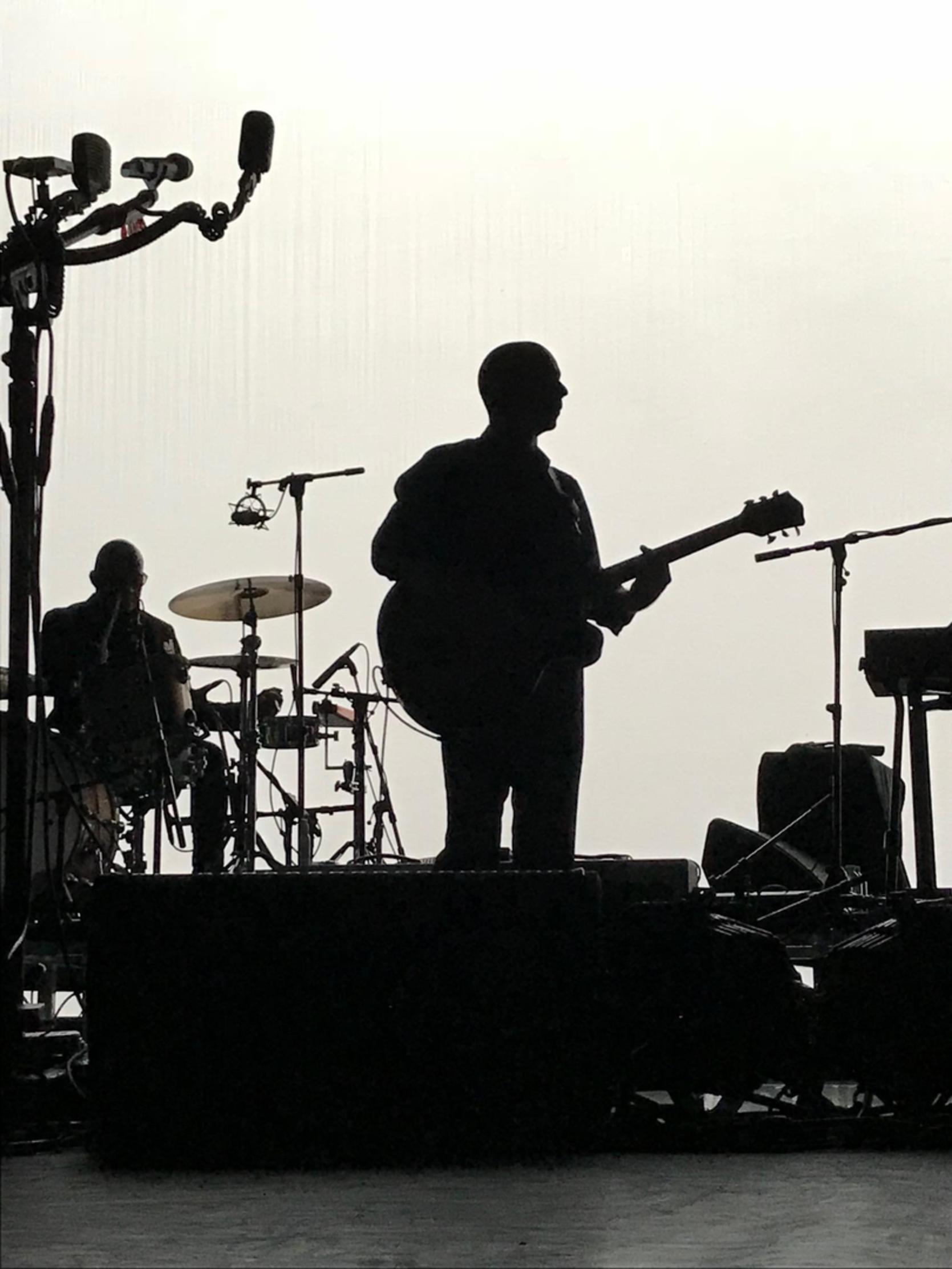 File this one under: Wasn’t Expecting To See Them Again! Welcome back The
The...where have you been? Eighteen years ago, Matt Johnson and his then assembled
formation of The The, released NakedSelf and went out on an extensive tour to support
it. They toured for most of 2000, took a break, and played one last show at the 2002
David Bowie-curated Meltdown Festival in London before essentially retiring from the
music industry. There have been exactly two singles and limited soundtrack work from
Johnson in all the years since, so you can understand where I’m coming from when I
say that a The The reunion was not something I was exactly holding my breath over. It
seemed that the reclusive Johnson was happy to work when and if he wanted to and to
have the rigours of touring life behind him....until now, that is! Starting with last year’s
excellent comeback single “We Can’t Stop What’s Coming” (featuring Johnny Marr),
The The has been back in the news with announcements of reunion shows and the
release of a triple box set of his Radio Cineloa:Trilogy. After the initial success of their
London comeback shows, a tour through Europe and an eight show run in North
America was quickly added...stoking the hopes that this is a proper The The rebirth.

With nothing but a simple white stage backdrop and some strategic lighting to create
artsy shadows, Matt Johnson came striding back onto a Toronto stage for the first time
since May 1st, 2000. Standing behind a three-headed microphone stand, Johnson
launched into NakedSelf’s rant at modern times, the brooding “Global Eyes,” and the
seemingly sold-out room was held captive by his brooding baritone.

Johnson and his stellar band (which included late 80s-early 90s era members DC
Collard and James Eller on keys and bass respectively) reached back to the 1986
Infected LP for the awesome “Sweet Bird of Truth” and “Heartland.” The songs took on a
new intensity with the band’s measured playing and the absence of the somewhat dated
80s production of the original recordings.

Mind Bomb, The The’s masterpiece 1989 release, was shown some love with the
playing of the acoustic driven single “The Beat(en) Generation”, the up-tempo
“Armageddon Days are Here (Again)” and the reflective “Beyond Love.”

Of course it was incredible to get another chance to hear the remarkable catalogue of
music that The The has to offer, but perhaps what was just as enjoyable was hearing
Johnson tell stories as the show wore on. For instance, he recounted how Epic Records
got so spooked by the fury surrounding Salman Rushdie’s Satanic Verses that they
pulled “Armageddon Days” as a single and to this day England has never heard the
song on radio.

The Dusk singles “Dogs of Lust” and “Slow Emotion Replay” were brought out to great
effect and it was during this material, as well as Mind Bomb, that you realized how
touring guitarist Barrie Cadogan was doing more than an adequate job of approximating
Smiths legend Johnny Marr’s stellar work. It didn’t stop there for Dusk either, the
powerful “Helpline Operator” and sombre “Love is Stronger Than Death” were great
reminders of what a strong album that is.

After soulful/rocking renditions of “Infected” and the Hank Williams cover “I Saw the
Light,” the band returned for a three song encore, the highlight of which was the Soul
Mining single “Uncertain Smile.” Stretching to close to nine minutes, the accessible hit
from 1983 was the undeniable crowd favourite of the night with DC Collard stealing the
show with his seemingly never-ending solo.

Matt Johnson has proven to be one of the more enduring and unique artists originating
from the 80s. His records, and most importantly his voice, sound almost unlike anything
I can compare them to. Though it must be said that The The records up to Infected
(which were essentially solo records) sound like the work of a different band, his songs
always sound relevant and thought provoking. I suppose only time will tell if this is a true
The The reboot, but if this was a last gasp at catching them live, then it was a night to
relish and cherish.