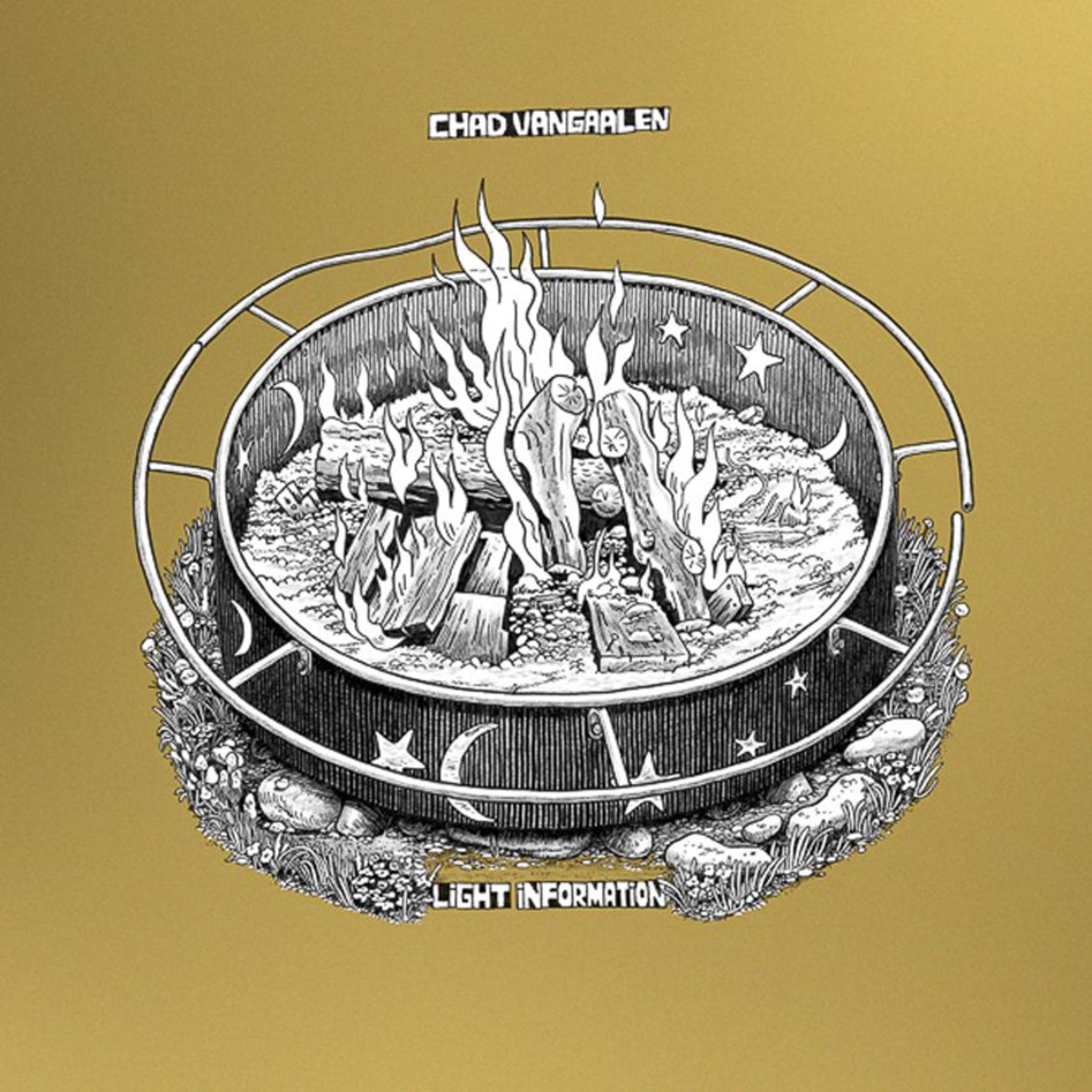 Canadian national treasure Chad VanGaalen is back with his sixth record, entitled Light
Information. The Calgary-based singer/songwriter has emerged out of his now
legendary garage/studio (brilliantly named Yoko Eno) with another intriguing batch of
rock and folk jams that, as usual, finds VanGaalen marching to the beat of his own
drummer...quite literally, as VanGaalen plays and produces everything on here. The
twelve tracks that comprise Light Information find the Calgarian spinning tales of aging
bodies and tech-weariness all played to guitars coming in and out of tune, while sparse
drums and eccentric keyboards lay an other-worldly vibe.

It seems that many music critics criticize artists for sticking to certain formulas or not
taking chances on new material, but what is so wrong with a record that guarantees
another solid batch of ten or twelve songs that you’re still going to be listening to in ten
years time? It works for legacy artists such as Dinosaur Jr, Built To Spill, Thurston
Moore and I think it’s more than fair to throw VanGaalen into this rarified company too.
From Skelliconnection onwards, VanGaalen has never made a career misstep and all
the while has made records with a unique artistic voice that continues to amaze.
Light Information blends seemlessly into VanGaalen’s catalogue, with songs like “Old
Heads” and “Pine and Clover” filed neatly into the accessible pop song category, while
cuts like “Golden Oceans” and “Faces Lit” become the latest additions to his more
aggressive or garage rock inspired work.

VanGaalen’s work is like some sort of perfect cross-pollination of Beck and Neil Young:
the instrumental eccentricities and genre switch-ups of the Californian meeting the
timeless folk appeal of the Canadian...but somehow always sounding wonderfully
unique in the process.

“Broken Bell” tackles the sad topic of VanGaalen’s father’s cancer, as he sings: “I sit and
do a drawing, a portrait of my dad / I should really visit him before he is dead.” Later he
sounds completely befuddled when he asks himself: “Should I take the advice of the
graffiti on the wall telling me to go suck it?” What started as a slow lament morphs into a
Flaming Lips-like psychedelic meltdown.

“Host Body” is classic VanGaalen: mid-tempo indie rock soundtracking a tale of how
man-kind got seduced by technology and then got stretched too thin in life. Though it
maybe a sloppy and ragged garage banger, “Golden Oceans” acts as a counter-point to
the nightmare that “Host Body” posits and revels in all the majestic beauty that nature
has to offer man.

It’s on tracks like “Old Heads”, “Pine and Clover” and “Mind Highjacker’s Curse” where
VanGaalen really shines. The songs sound like you’ve heard them for years, but you
just quite remember how the melody goes. That’s the beauty of VanGaalen: new
material that you know you already love!

Chad VanGaalen wants you to throw away your smartphone; grow a vegetable garden;
teach your kids how to fish; and to respect the planet a little more, you selfish bastard! I
highly doubt that he gives two hoots about what his album sales are or how much
traction he’s getting on Pitchfork, but I do! VanGaalen is one of the most uniquely
talented artists working today and Light Information only confirms everything I already
knew!