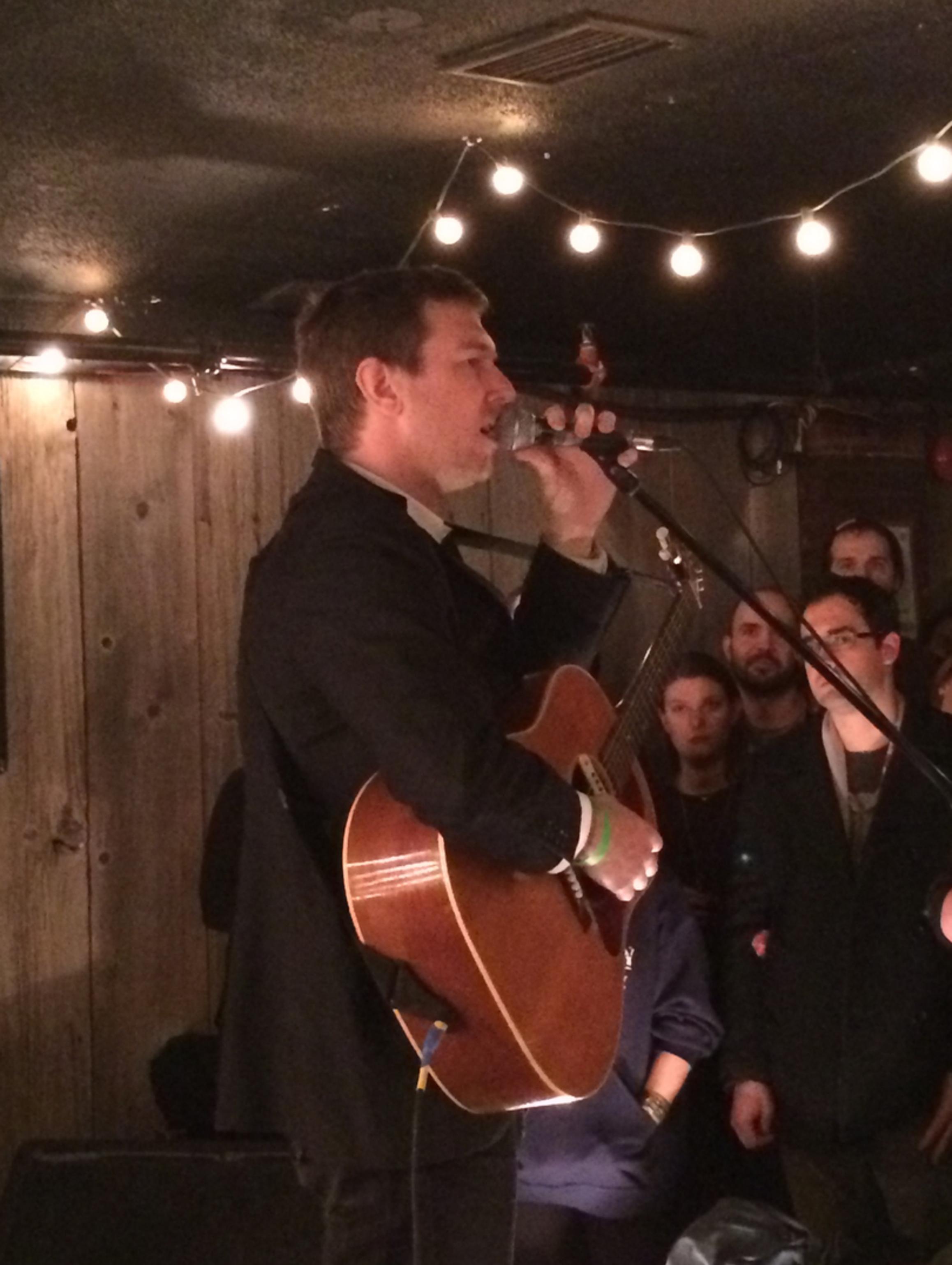 Last night a sold out Dakota Tavern witnessed the Toronto return of Hamilton Leithauser. It was exactly one year ago to the day that Leithauser and his band played a sold out show at The Drake, but this night was to be more intimate, not only because of the venue, but because it was just Leithauser and his righthand man, his ever-present guitar playing and songwriting comrade from The Walkmen, Paul Maroon. Maroon played on Leithauser’s excellent solo debut, Black Hours, and also accompanied him as the guitar player in the band on the tour to support that record. This time round the pair are stumping to support their excellent new record, Dear God.

After the two men took a simple step onto the Dakota stage, they opened with the hushed crooning of Black Hours’ opener, “5 AM”...with the memorable refrain of “Do you ever wonder why I sing these love songs / When I have no love at all” ringing through the room long after the song had ended. It was followed soon after by that same album’s upbeat single, “Alexandra”, which had Maroon admirably filling in all the missing instrumentation with his energetic six-string work.

Of the newer material, which also includes last year’s I Could Have Sworn EP, there was a real standout: “ My Reward.” Not to go on and on about their previous band, but anyone who is a fan of The Walkmen would be absolutely salivating at the prospect of hearing this song. The track is in the classic mold of a Walkmen anthem…all the ingredients are present: Hamilton’s rafter raising vocals, Paul’s elegant, textured playing…in a word: perfection!

Some of the Dear God selections included “Proud Irene”, a touching tribute to Leithauser’s late dog. “Bride’s Dad”, which Leithauser explained was a true story of being at a wedding and everyone there was floored that a certain person had the balls to show up to. There were covers too; since Hamilton has gone into full-on crooner mode, why not break out Sinatra’s “All or Nothing At All”…and he certainly did it justice. Later, the pair would tackle Will Oldham’s “Trudy Dies” to great effect as well.

Those holding out hope for a Walkmen reunion are going to have to wait a while longer as Leithauser announced that he’s got another solo record ready to go, but while I still long for new Walkmen material, I can’t help but be more than satisfied with what Leithauser and Maroon are doing all on their own!