90s Indie rock darlings are back in the saddle for another victory lap celebrating their nearly
flawless output from some decades back. Of course they did something similar back in 2010
when they went on a worldwide trek and I’m sure some were hopeful that it would lead to a
second incarnation for the Stockton,CA-bred band, but it was not to be as lead singer and
chief songwriter Stephen Malkmus settled back into his post-Pavement life with The Jicks and
took with him any chance of that second coming. However, time marches on and ten years on
from that last get together, two shows were booked at the famed Primavera Sound Festivals in
Spain and Portugal...with a little something called Covid ruining everyone’s good time and
good intentions. Fast forward two years, and those Primavera shows were finally played (to
glowing reviews and to many more Youtube views) and now a North American and European
tour is underway with much anticipation being built up for each show.

Massey Hall was the venue for Pavement’s two Toronto shows and it was sold out for night 1
and very close to that for night 2. The tour has been notable for its incredible variety of songs
and it’s wildly changing setlists night to night. The band has been in fine form to this point in
the tour, though fine form for Pavement is still a shambolic thing. The truly remarkable aspect
of it is just how many songs the band has learned and are playing...a new set every night and
probably 50 or so songs in constant rotation. Not a bad work ethic for a band labelled as
slackers back in the day.

First out of the gate was “Our Singer”, the last song on their 1992 debut (and lo-fi classic)
Slanted and Enchanted and a song that immediately reminds long-time fans of all those
comparisons to The Fall the band would get back in the early 90s. After that, the next batch of
songs drew heavily from both ’95’s Wowee Zowee and ’97’s Brighten The Corners...”Stereo”,
“Shady Lane”, “Serpentine Pad”, “Grave Architecture”, and “We Dance” all sounding as vital as
the year they were released in and all played with a typically Pavementy laissez-fare attitude.

Many years may have gone by but the stage presentation of Pavement has not changed...
you’ve got Stephen Malkmus stage left blissed out and performing guitar heroics; the very
unassuming Mark Ibold holding down centre stage with his bass and a smile; Pavement co-
founder Spiral Stairs owns stage right with ultimate hype man, extra percussion and synths and
band mascot Bob Nastanovich; while the ever affable Steve West bangs the drums. The only
newcomer is Rebecca Cole (Wild Flag) who is handling keyboards and, according to
Nastanovich, allowing the band to play the best they ever have.

After really engaging takes on Terror Twilight’s “The Hexx” and fan favourite “Range Life” to
close out the main set, the encore kicked off with a highly energetic “Unfair”, a sweet “Spit on
a Stranger,” a cathartic “Grounded” and a just plain fun “Cut Your Hair.” As they have on a few
other nights so far, the band closed things out with “Witchi Tai To”, an obscure (at least to me)
trippy, jazzy/native American chant song from the early 70s that Malkmus and the boys have
taken a liking to.

Back in late 1999, when the Terror Twilight tour had but one show remaining (at London’s
famed Brixton Academy) Malkmus had a set of handcuffs dangling from his mic stand and his
famous quote was “these symbolize what it’s like to be in a band”...not surprisingly, Pavement
was officially done a few weeks later. Malkmus would find much critical acclaim (if not as much
attention) with The Jicks, but it’s here, with this group of guys that we know and love him most.
God knows what happens next with them, and let’s be honest, it’s probably nothing until the
next reunion tour is launched, but we can still enjoy this most excellent moment (looking back)
in time. 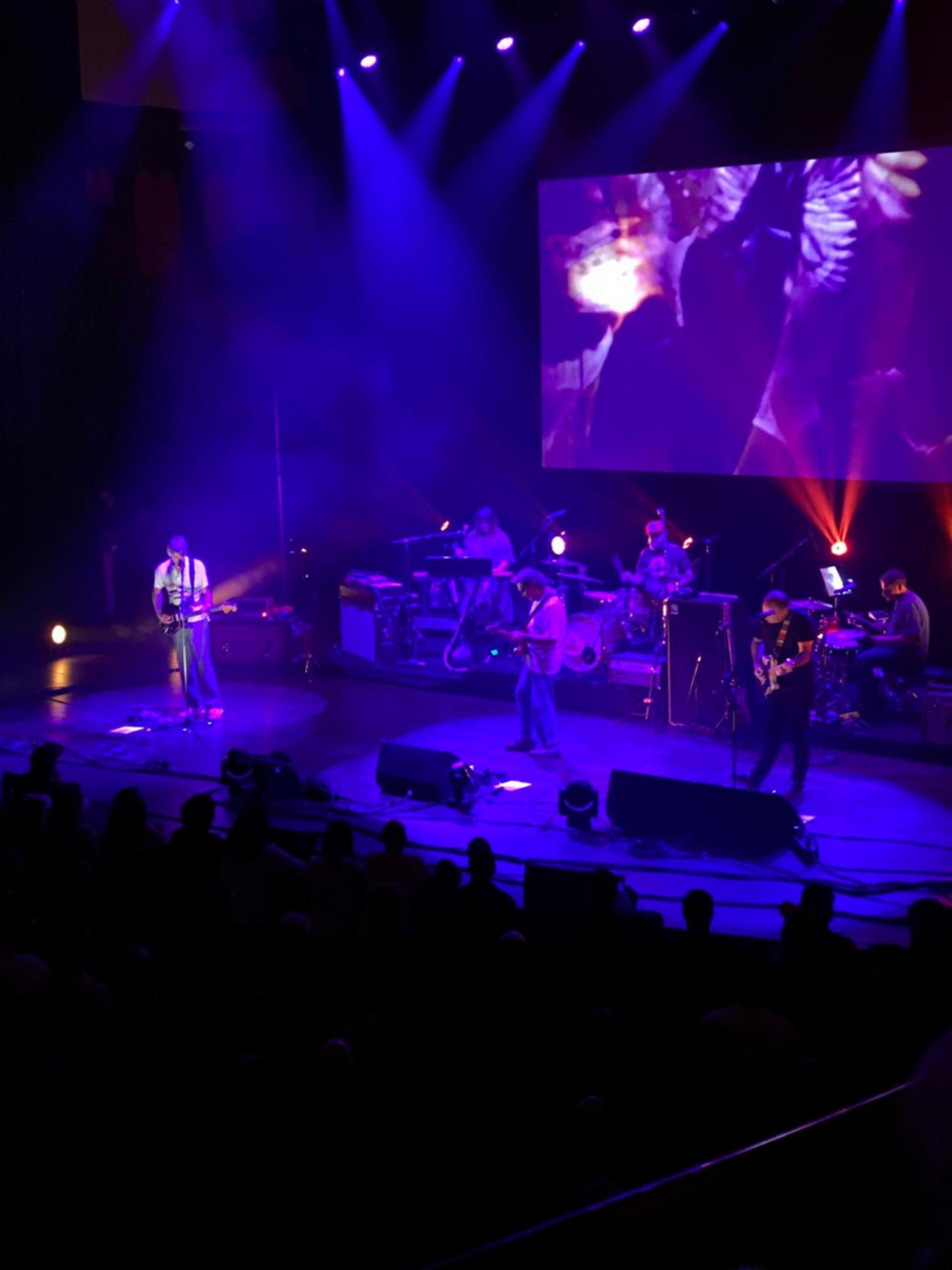