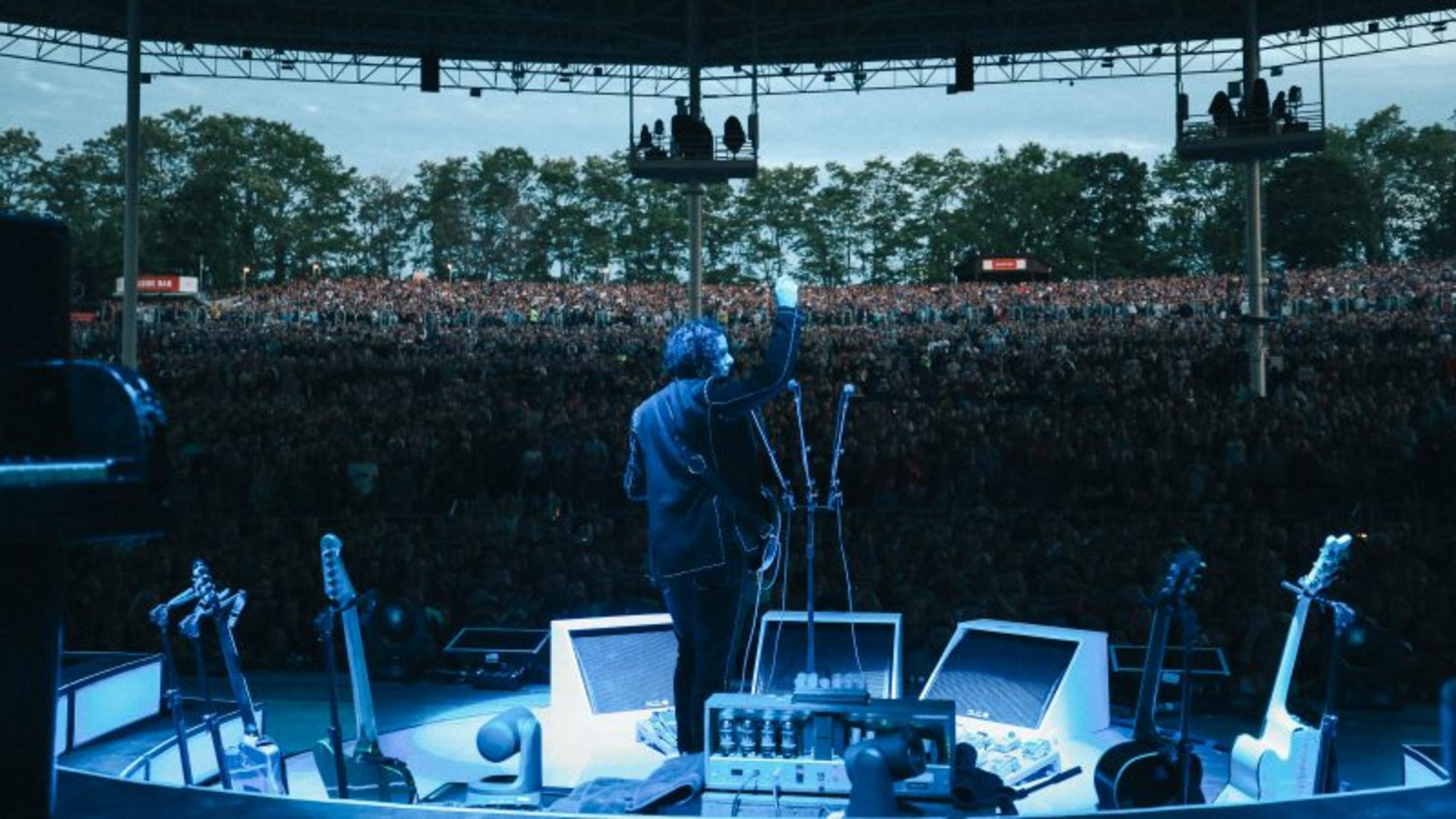 Having already witnessed the electrifying stage presence of Mr. Jack White live and in person three times with the White Stripes, twice with the Raconteurs, twice with the Dead Weather and once in his latest "solo" incarnation, the bar is always set very high on the eve of any Jack White live performance. Luckily, he very rarely disappoints, and tonight's performance at Toronto's newly Christened Budweiser Stage was no exception. Whereas his last Toronto performance in 2014 favored sheer quantity and endurance over all else (35 songs in 2.5 hours), tonight's performance featured less songs but ultimately much more fully realized performances, covering every corner of his career from The White Stripes' sophomore album De Stijl up to this most recent solo release, Boarding House Reach.

For fans of White's early work with the White Stripes, highlights included the rarely played De Stijl cut "Little Bird", as well as a wealth of material from the breakout White Blood Cells album including "Dead Leaves and the Dirty Ground," "Hotel Yorba," "Fell In Love With a Girl" played at lightning speed, and last but not least the spine-tingling "I Think I Smell A Rat." The more obvious White Stripes selections included "Icky Thump," "I'm Slowly Turning Into You," and the obligatory evening-closer "Seven Nation Army." The real treat, however, was the dual drumming between Carla Azar and White on the Get Behind Me Satan single "My Doorbell," a treat last heard in Toronto on the same stage in 2005 when both the venue and the performer were operating under different monikers.

For fans of both the Dead Weather and the Raconteurs the offerings were meager but memorable, limited to a raucous performance of "Steady, As She Goes" and a version of "I Cut Like a Buffalo" featuring White on Guitar instead of drums. The rest of the evening heavily favored the newest Boarding House Reach Material, covering more than half the album while periodically punctuating the set with Blunderbuss and Lazaretto tracks such as "Sixteen Saltines," "High Ball Stepper," and indeed the song "Lazaretto" itself.

While this set list may have seemed tedious for those who have not embraced the Boarding House Reach album, it was nonetheless incredible to see him bring these songs to full life with the support of no more than four backing musicians, unlike the small army that toured with him between 2012-2014. Oddly enough, one of the weakest Boarding House Reach songs became the most memorable sing-along of the evening, the down-tempo "Connected By Love." Not nearly as mopey as originally recorded, in the live setting this song becomes an anthem of love, and (no pun intended), connection. In that moment the sold-out Budweiser Stage audience and White were indeed one, and we were indeed connected by a sheer love of one thing: rock and roll.