Fleet Foxes are a thoughtful band. How many other bands would have gone to the
trouble of linking up the last notes played on their last album (released six years ago) to
the very first notes played on their new one? Well, that’s exactly what the Seattle folkrockers have done on their much anticipated new LP, Crack-Up. Much has changed
since we last heard from Fleet Foxes; lead man Robin Pecknold ran away from the
music business and right into Columbia University; their drummer, J Tillman, quit the
band and reinvented himself as Father John Misty, to much critical acclaim...his position
has now been filled with The Walkmen’s Matt Barrick; and they’ve left their Sub Pop
home for Nonesuch Records.

When last we heard from them on Helplessness Blues, the band were waist deep in
harmonies, rich arrangements and folk leanings, but where do we find them in 2017,
you may ask? Well, the saying goes “if it ain’t broken, don’t fix it” and that is most
certainly the case on Crack-Up. As mentioned earlier, the first track on Crack-Up (The
three piece suite that is “I Am All That I Need / Arroyo Seco / Thumbprint Scar”) actually
starts using the same notes that ended Helplessness Blues and though that is in some
ways a telling outlier of what Crack-Up is going to be, it also doesn’t let you in on what
else is going on here.

Crack-Up is a dark record...in fact, ever since their debut, the band has released
progressively darker records. One of the major talking points surrounding the release of
Crack-Up is Pecknold’s disillusionment and then his ultimate reengagement with the
band. Much has been made of his using F Scott Fitzgerald’s Esquire magazine essay
(entitled “The Crack-Up) from 1936 as inspiration for the telling of his own story on this
record. Fitzgerald wrote of his struggles with fame, relationships and the passage of
time and Pecknold seems to be echoing similar sentiments here. Though Fitzgerald
came to the conclusion that walling himself off from world could be his only
preservation, Pecknold seems to have arrived at the opposite answer.

“Third of May / Odaigahara” seems to be the best example of Pecknold’s current
outlook. May 3rd just happens to be the birthday of Pecknold’s bandmate and childhood
friend Skyler Skjelset and recent interviews with Pecknold have uncovered that this
song is his musical tribute to his old comrade. Certainly a strange choice to be the
album’s first single (hell, it’s almost nine minutes long), but it’s also fitting, given the
challenging musical content found on the album.

The record is really equal parts folk standards and avant-garde suite compositions. “I
Am All That I Need / Arroyo Seco / Thumbprint Scar” is the first of these suites and it is
truly an odyssey to behold. The song travels from a guru chant to a sampled high
school acapella choir’s take on the band’s breakout single,“White Winter Hymnal.”

In an earlier interview, Pecknold made mention of how each band-member not only
plays an instrument, but also sings, so that means there’s ten different things going on
at once. Pitchfork’s review of Crack-Up brought up this comment and went on to make
the comparison that Fleet Foxes have utilized that wall of sound to create a folkie
modern-day Swans sound...and that is a very interesting and accurate opinion. They
seem to be as interested in creating soundscapes as they are in treading in folk waters.

Things get more serene on the beautiful “I Should See Memphis”, with it’s layered
strings and sentimental vocals. It seems more likely that Pecknold is singing of the one
in Egypt than in Tennessee.

There is more serenity to be found in the album’s second single “Fool’s Errand.” The
song moves through a few different time signatures with the help of piano and lush
acoustic guitars. What is Pecknold singing about here? “It was a fool’s errand / Waiting
for a sight / But I can’t leave until the sight comes to mind.” Be it lost love or maybe life’s
regrets, either way a damn lovely tune.

The album’s high point comes with the 1 2 punch of “On Another Ocean (January/June)
and “Fool’s Errand.” On “On Another Ocean” the band is fortified with horns, but that’s
only after they put on some pretty cool indie-rock swagger. Not sure I’ve heard Fleet
Foxes sound this groovy before.

Fleet Foxes burst onto the scene in 2008 and you could be damn sure that nobody
sounded like them. Here we are in 2017 with their third record and guess what: still no
one sounds like them. Let’s be clear though, this is not the debut album Fleet Foxes.
The songwriting and structures are denser and frankly more difficult to get a handle on,
but ultimately extremely rewarding. The Seattle sextet has already made a stellar career
out of producing lush arrangements and beautiful harmonies, but on Crack-Up they are
not content to stand still. Pecknold and Co. are compelled to move the ball forward by
producing their most challenging and possibly most affecting work to date. 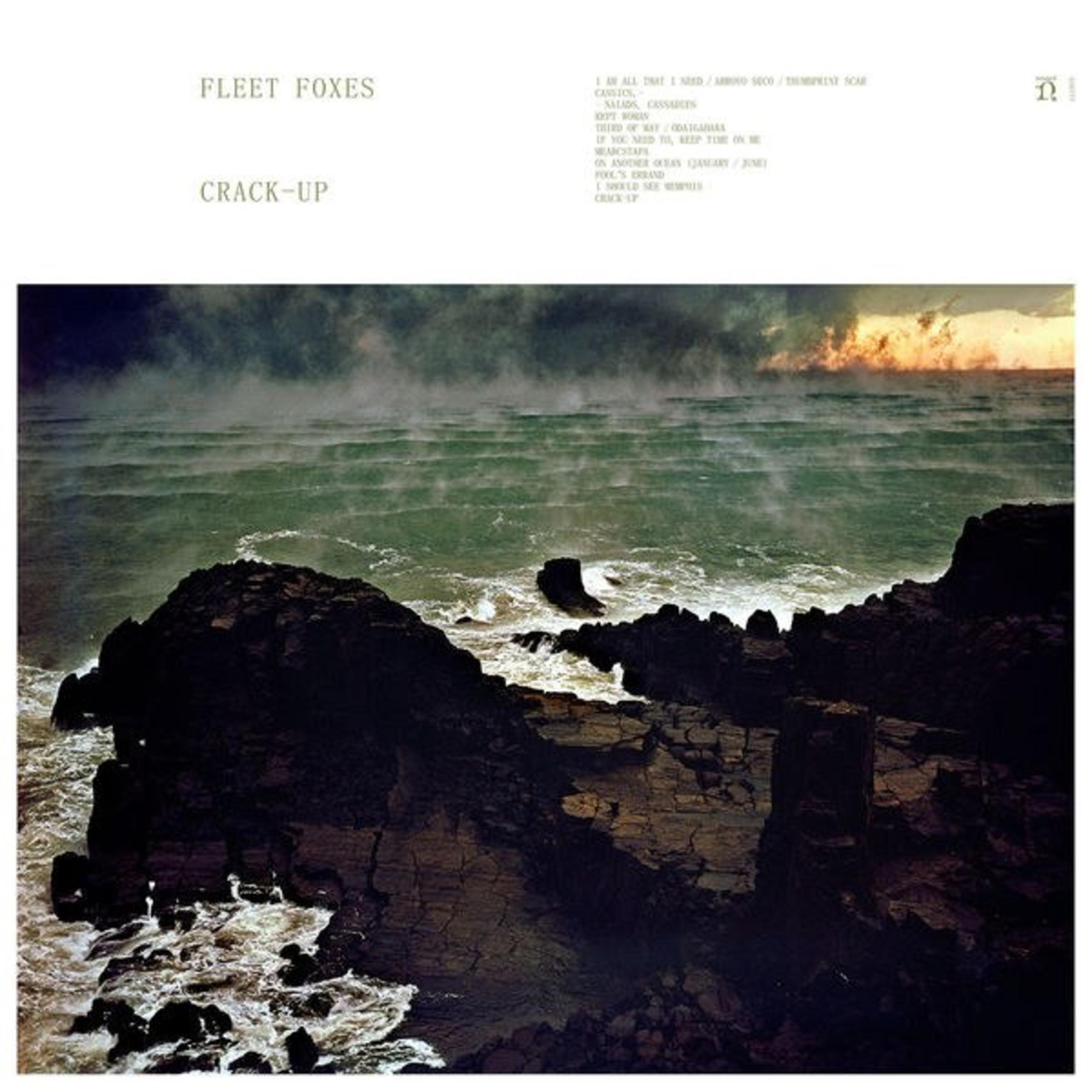