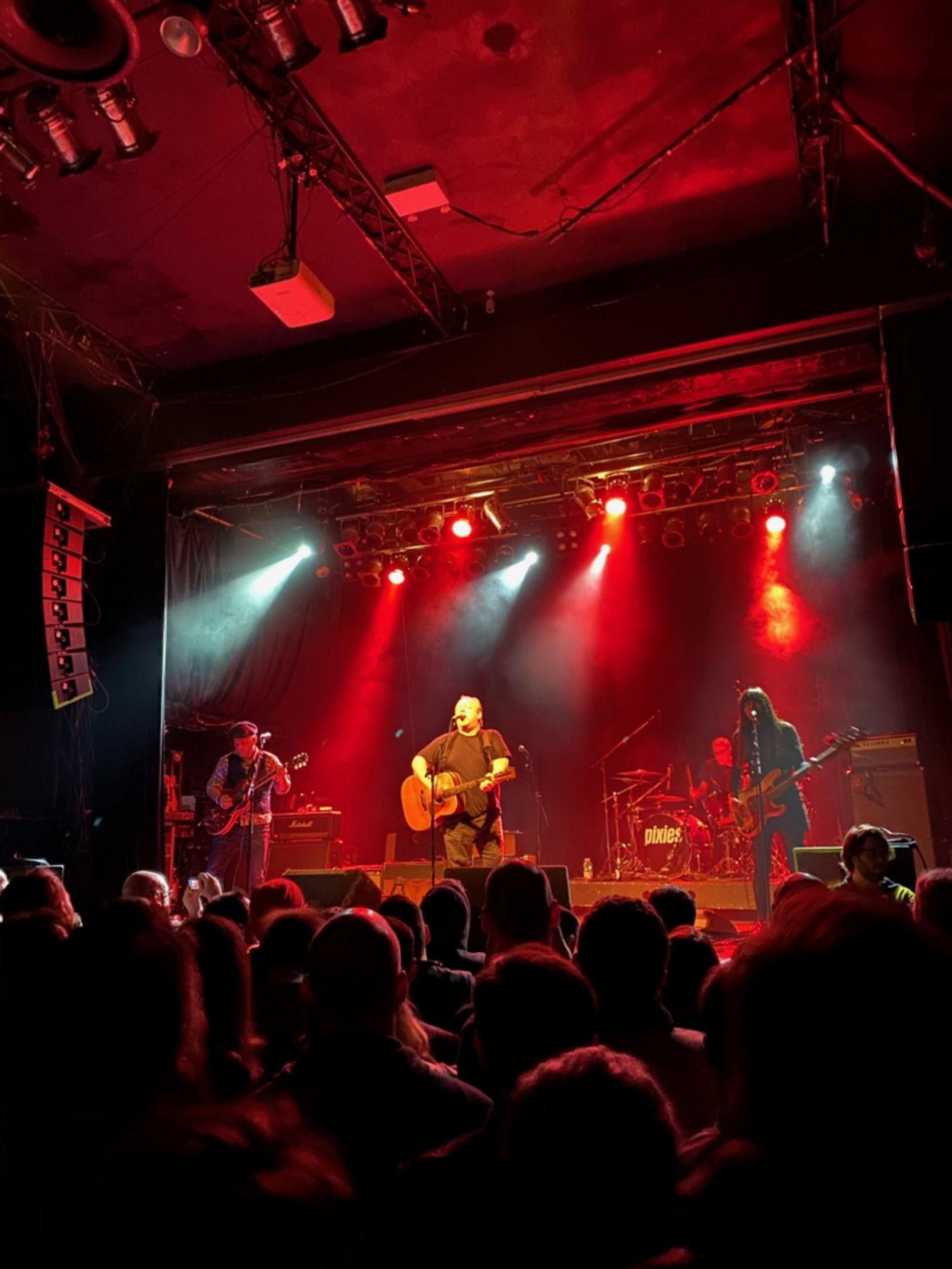 It’s been another busy year for Pixies; they released Beneath the Eyrie, their third post-reunion
record; toured extensively through Europe as well as another string of co-headlining shows
with Weezer….and to ring out the year, the band played a limited number of club shows in the
US, that ultimately culminated right here in Toronto.

It was a disappointment to learn that Throwing Muses front-woman Kristin Hersh didn’t make it
across the border for her opening slot (she had opened the whole tour), but it wouldn’t take
long for the fab four to make that an irrelevant feeling. The band came out with a quiet intensity
that was channelled through intriguing takes on “Cactus” “Where is my Mind”, “Ana” and
“Brick is Red.”

Of course with Beneath The Eyrie being freshly released, the band was eager to play the new
material and for the most part the new songs played well in the schoolyard with the old
standbys. For me at least, the stronger ones were the stripped down “Bird of Prey”, the Tom
Waits-ish “This is my Fate” and the straight-forward rocker “On Graveyard Hill.”

The show reached a boiling point (and quite frankly, a kind of intensity I haven’t experienced
since before they broke-up) within a stretch of six songs that included rare outings of
Bossanova’s “Blown Away” and “Rock Music”, Surfer Rosa’s “Break My Body”, and not to
mention the completely satisfyingly unhinged takes on “Crackity Jones”, “Isla de Encanta” and
“Something Against You.”

When it was all said and done, it was two hours, thirty-eight songs and most likely the best of
the eighteen Pixies shows I’ve seen!