Greg Dulli is a rock n roll survivor! The Cincinnati native has been making music for
some thirty years now and whether it’s been with The Afghan Whigs, The Twilight
Singers or The Gutter Twins, he’s never been anything less than a slave to his musical
muse. For the last number of years, Dulli has been kept busy with the reconstituted
Afghan Whigs; releasing two critically acclaimed records (2014’s Due To The Beast and
this year’s In Spades) and venturing out on numerous tours. The band’s original run ran
between 1986-2001 and in the process they released six albums that were notable for
their soul infused rock at a time when that was certainly not the fashionable sound to be
making. Since their reunion at the 2011 edition of All Tomorrow’s Parties, The Whigs has been a full-time concern for Dulli, with the band currently on tour to support the
aforementioned In Spades.

With tour opener Har Mar Superstar’s warmly received set out of the way (which, by the
way, included Huey Lewis’ “Power of Love”), the stage was set for the main attraction.
And speaking of that stage, it was quite a site to behold. It was a sea of white, which
included the amps that had the In Spades artwork adorning the front, as well as a string
of lights that illuminated them.

The band came hard out of the gates with the In Spades rocker “Arabian Heights”, Due
To The Beast’s “Matamoros” and the Black Love classic “My Enemy.” These days The
Whigs feature a three-pronged guitar attack and it got put to good use through this
opening trifecta of rock. Drummer Patrick Keeler’s skills shone bright here with quick fills
and rib shaking backbeats.

Things took a lighter, more soulful turn with the new “Light as a Feather” and “Oriole”,
though it wasn’t long before the audience was reminded of The Whigs’ powerful 90’s era
material. Their breakthrough MTV hit “Debonair” tore through the crowd, while
Congregation’s “Turn on the Water” had everyone swaying with approval.
Kudos have to go out to multi-instrumentalist Rick Nelson; guitar, keys, violin...whatever
the song needs, he was there to fulfill it’s potential.

There was a nod to Dulli’s fallen bandmate Dave Rossen with the playing of his
favourite Whigs song “Can Rova.” The multi-instrumentalist may have lost his battle with
cancer earlier this year, but he was certainly not far from the band’s collective thoughts.
In fact, the touching tribute included Dulli’s recollection of his last time in Toronto with
Rossen as well as blending Jeff Buckley’s “Last Goodbye” into the aforementioned “Can
Rova.”

The remainder of the set featured a healthy mix of material from the band’s last four
albums with particular highlights being the scorching “Somethin’ Hot” and the desperate
“It Kills.”

For the night’s finale the band turned to two off of their classic 1996 album Black Love:
“Faded” and “Summer’s Kiss.” Both songs took on an almost epic quality with extended
jams and euphoric choruses.

Greg Dulli has accrued enough capital to do whatever he wants at this stage of his
career, so it’s more than exciting for longtime fans that he wants to spend his time these
days expanding The Afghan Whigs legacy! 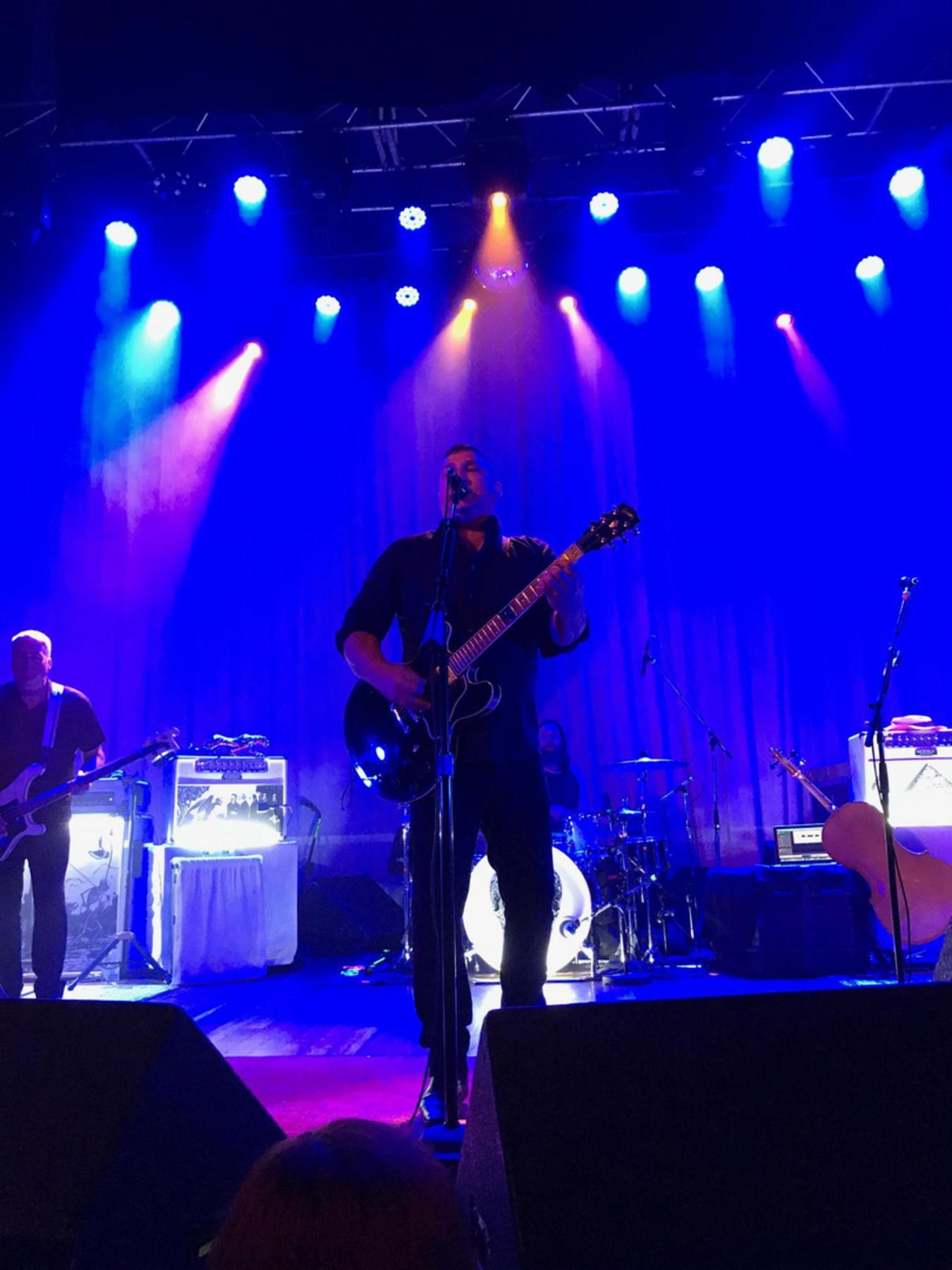