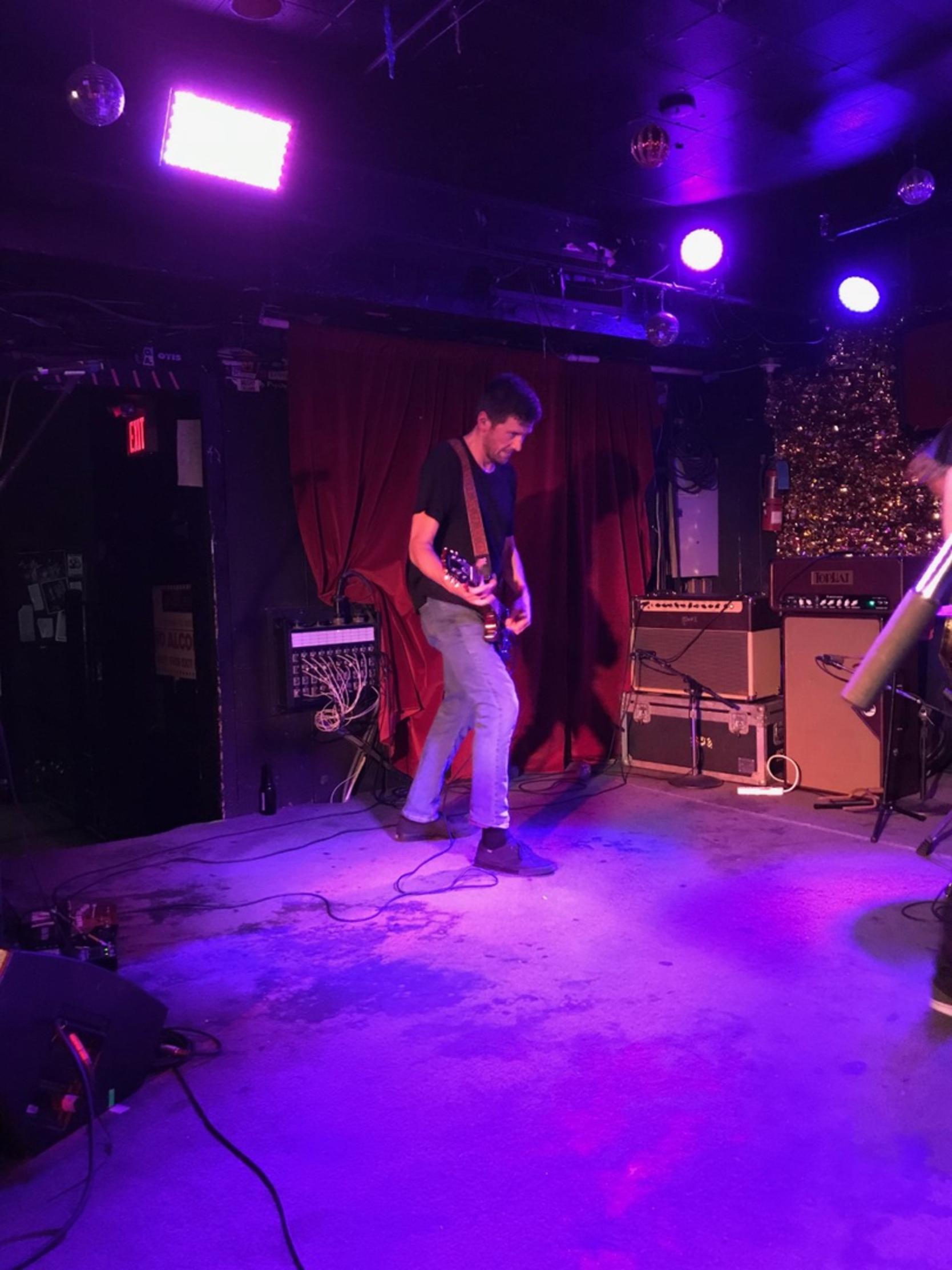 Boston bred but now Nashville based indie vets, Pile, are out on tour in support of their just
released new album, Green and Gray, and that tour hit the Horseshoe Tavern on a recent rainy
May evening. Green and Gray is the band’s seventh release and it continues their impressive
run of releases, both critically and commercially. Longtime favourites around the New England
area, Pile’s visibility has continued to rise with each new release, but it seems to have taken a
noticeably bigger rise since 2017’s A Hairshirt of Purpose. Green and Gray also finds the band
working with a new producer (Kevin McMahon), new studio (Marcata) and lineup (Alex Molini
and Chappy Hull replace Matt Becker and Matt Connery).

Clearly the band is on a mission to push the new record because they wasted zero time in
playing songs from it. They opened with a three song set from Green and Gray that also just
happened to be the first three songs on the record (though not in order). “Your Performance”
was the grinding sludgefest it is on record, while “On a Bigger Screen” was pure artsy
hardcore, lasting all of a minute and change. “Firewood” was a far more sentimental journey
with Maguire singing lyrics like “No longer burdened by youth / Not burning and open and raw
like a wound.” Challenging and entirely satisfying, this opening trio is a perfect microcosm of
the new LP.

The back catalogue was opened for a pair of rousing numbers: Dripping’s rowdy “Bump a
Grape’” and Magic isn’t Real’s mid tempo “Don’t Touch a Thing”, but it wasn’t long before we
were back to all that Green and Gray had to offer. My two favourites (“Lord of Calendars” and
“Bruxist Grin”) were played back to back in what was a more than rewarding double-bill of
multiple time signatures, duelling screamed and passionately sung vocals, and just plain good
old driving rock.

The rest of the night was a matter of balancing the all out rockers with the more subtle and
subdued. “A Labyrinth With No Centre” is actually a complex mixture of both of those
sensibilities, while A Hairshirt of Purpose’s “Fingers” and live staple “Baby Boy” simply did
what they always do: melt faces. Fan favourite “Pets” was another winner with Maguire’s
scorching vocals and Kris Kuss’ tom fills blowing the roof off of the unsuspecting Horseshoe,
but they toned things down at night’s end with the slow burning intensity that is “Hiding
Places” and Maguire’s ode to loneliness, “My Employer.”

Did I mention that Kris Kuss is actually a Wonder of the Modern World at this point? His
ungodly combination of brain bending patterns and inventive time-keeping make him endlessly
fascinating to watch. Kudos also go out to Chappy Hull for adding his creative guitar parts to
songs already infused with Maguire’s six string magic work.

There was one final kick at the hard rock can before Pile made their way back onto the tour bus
for the next night’s gig…and that kick was “The Soft Hands of Stephen Miller.” It’s a song that
rages (both literally and figuratively) against President Trump’s chief architect on immigration
policy. For this one, Maguire took the rare step of putting down his guitar and focussing solely
on his incendiary vocals. Free of his guitar, Maguire roamed the stage like an animal released
from his cage, while he screamed about how “vile and insufferable” the unlikeable Trump
official really is.

Their work done for the night, Pile retreated to the Horseshoe’s backstage area safe in the
knowledge that they are one of rock’s hardest working and most rewarding bands!