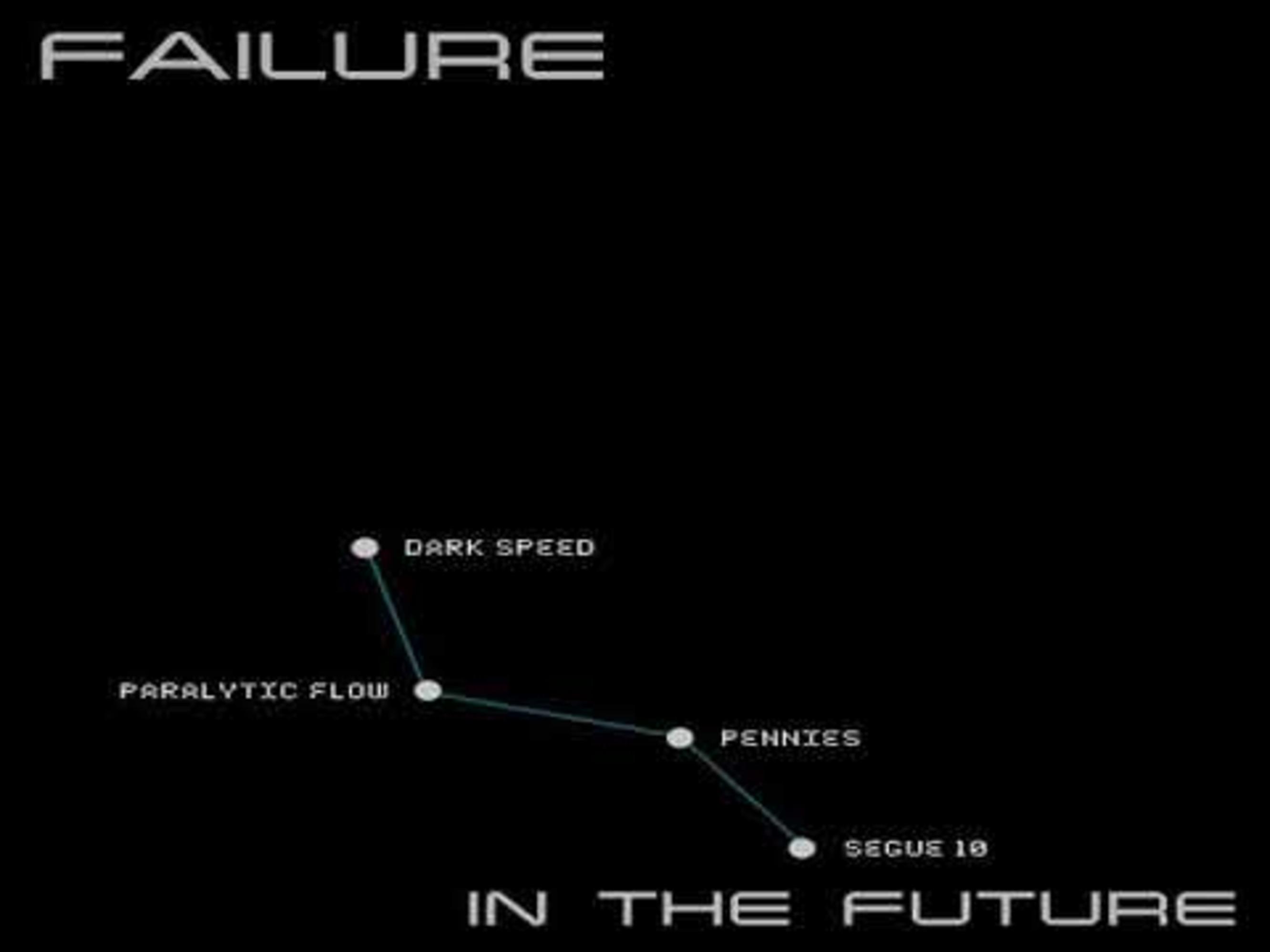 Reunited L.A. rockers Failure are back with their second post-reunion LP, entitled In The Future
Your Body Will Be The Furthest Thing From Your Mind. The trio of Ken Andrews (vocals,
guitars), Greg Edwards (guitars, vocals) and Kellii Scott (drums) made a glorious return to
recorded music back in 2015 with The Heart is a Monster and In The Future…takes that baton
and continues running into their glorious second act.

This time out the band chose to release a new EP every time a new batch of songs were
recorded; this would eventually translate into four EPs being rolled out over the course of
2018…and those EPs have now been collected onto the LP that is In The Future Your Body
Will Be The Furthest Thing From Your Mind.

“Dark Speed” is the record’s first single and finds the band channeling Nine Inch Nails with Ken
Andrews’ speak/sing vocals and Kelli Scott’s drum machine-like pattern. A tension is built with
an ominous bass line and some discordant guitar and it’s here that you can hear a new kind of
Failure song emerge.

“Paralytic Flow” uses an urgent guitar strum reminiscent of something Interpol would come up
with and it’s matched, note for note, by Scott’s drums. “No One Left” maintains that same
energy and certainly could have easily found a home somewhere between “Sergeant
Politeness” and “Pillowhead” on their seminal 1996 LP, Fantastic Planet.

Acoustic guitars and piano are brought to the fore on the melancholic “Pennies”, a track first
heard on the odds and sods compilation, Golden. Andrews disenchanted vocals narrate a story
of how someone has it mind that they will kill people by throwing pennies from a skyscraper,
but ultimately chickens out and pulls his head back inside.

“Apocalypse Blooms” is awash with shoegaze guitars and Andrews’ dreamy vocals, in fact it’s
eerily reminiscent of Greg Edwards’ other band, Autolux. To be honest, there is a lot that
reminds one of Autolux on In The Future…and that is proving to be a winning formula for both
bands.

It’s hard to put into words how incredibly fully realized the production is on this thing. The
guitar and bass tones are note perfect; the drums are full without being overwhelming;
Andrews’ vocals perfectly match whatever mood the song is trying to convey. In short, this is
an aural masterpiece! In general, I prefer the Steve Albini “in the room” sound, but with
Fantastic Planet, The Heart is a Monster and now In The Future…, Ken Andrews and company
have created some sonic masterworks!

Like their previous two records, Failure opt to continue with their musical interlude pieces,
which they entitled Segues and of which they are now twelve in total…interesting but far from
necessary.

Things take a decided turn towards the The Beatles with “The Pineal Electorate” and “Another
Post Human Dream.” Edwards takes over on the mic on ‘The Pineal Electorate” and everything
starts sounding very “Strawberry Fields Forever”…a very different sounding Failure, but a
damn fine one. “Another Post Human Dream” would seem to hint at a relationship breakdown
by way of using an analogy of floating through space. Crashing cymbals and textured guitars
soundtrack this quite moving piece.

Failure has garnered a well-earned reputation as being a somewhat singular sounding voice of
quality in a sea of distinctly bland and formulaic rock, first in the post-grunge 90s and now
again in the rather non-rock 2010s. In The Future Your Body Will Be The Furthest Thing From
Your Mind is a gloriously produced effort from a band that has never sounded better…keep it
going boys!