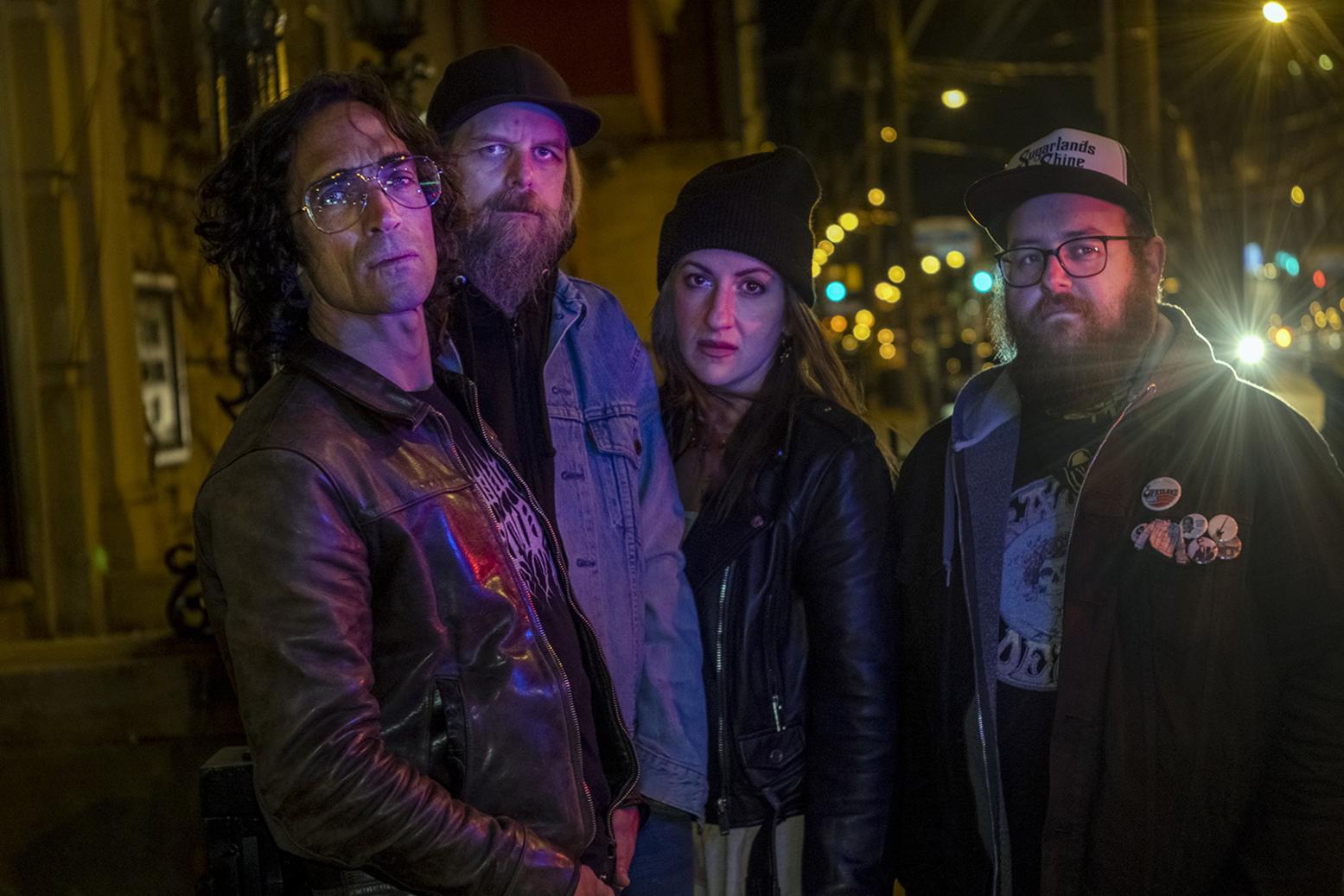 2022 has been very kind to Canadian rock institution Ian Blurton. Mid-July saw the long-overdue release of the sophomore Ian Blurton's Future Now LP, Second Skin, followed by an explosive record release show at the Horseshoe Tavern earlier this month. As if this wasn't enough for longtime fans of Blurton's work, it would appear that he has been very busy behind the scenes finishing the third Public Animal LP, and SURPRISE!, the first new Change of Heart album since 1997's Steelteeth.

chorusVERSEchorus recently caught up with Ian to discuss all these exciting new developments, and as per usual, the man doesn't disappoint!

CVC: Roughly a month out from its release, Second Skin is seemingly receiving near-universal praise from fans, critics, and contributors on the album alike. What do you think sets this collection of songs aside from other recent albums you've worked on that is causing this groundswell of love for the album, and to what extent do you think having the solid backing band of Glenn, Anna, and Aaron this time around vs. the collection of assorted power trios employed for Signals Through the Flames has been a deciding factor?

IB:I think it's a combination of all those things? Timing is always important and even though the record took a long time to finish it was good times making it and hopefully that comes across. I also think Daryl Smith's mix helps, he focused the songs in a really cool way
and made the songs less dense and easier to get into

CVC: You mentioned in your recent Kreative Kontrol interview with Vish Khanna that there is potentially one more song from the Second Skin sessions that may arrive as early as this Fall. Are you at liberty yet to discuss any of the details of how this song might be coming out (e.g. split 7" on Yeah Right! records, etc.), or is this still a tightly held secret at this point? Likewise, are there any plan to release any more music videos/singles from Second Skin before the end of the year?

IB: I don't think there will be anymore videos from Second Skin and yeah we will be releasing the final song from those sessions (Hot Minute) as a digital only single sometime in Sept/Oct. There is also a UFO cover coming down the pipeline before the end of the year too.

CVC: You also recently played a barn-burner of a live show at the Horseshoe for the Second Skin album release party. Going into the show, as well as during the recording of Second Skin, were you actively aware of certain songs from the album that simply wouldn't be able to be reproduced in the live setting due to personnel and instrument availability limitations (e.g. "Too High the Sky", "Second Skin Reprise")? To what extent are you thinking about the ability to reproduce songs live when you are in the studio writing/recording? Lastly, are there any plans to play any more shows before the year is out?

IB:When we were writing/making the record I don't think that thought came into play as one of the main instruments we used at The NMC was a Mellotron and we certainly don't own one. We have already adapted some of those Mellotron ideas onto guitar for a live setting and it seems to work well. I wouldn't want to not do something because you can't pull it off live, I'm a firm believer in doing what the song requires and serving the song. We are playing Sudbury/The Townehouse on Oct 22 and looking at shows early in the new year.

CVC: During the weirdness and constraints that characterized the last two years of pandemic lockdown, you were by all accounts extremely productive, completing not only Second Skin, but also recording much of the follow-up third Future Now LP, as well as producing three albums for Jeen. Did the restraints/imposed limitations of lockdown allow you to accomplish more work than you typically would under "normal" circumstances, and how easy did you find juggling recording/mixing your Future Now material while at the same time working on so much material with Jeen?

IB: It really wasn't that hard as it was spaced out over the 2+ years. Second Skin took almost a year to mix as mixer Daryl Smith was busy so I had plenty of downtime to work on new songs.

CVC: Given the progress made on Future Now LP3 during lockdown, do you have a rough idea yet what the timeline might look like in terms of completing the album and releasing it?

IB: I'd like it to be out early/mid next year. If we can pull it off there also might be an EP in there as we've recorded 18 songs for the next LP.

CVC: Your Pajama Party label has been a useful vehicle to self-release both Signals Through the Flames and Second Skin in Canada. Is the purpose of this label solely to provide a Canadian home for any new Blurton/Future Now material going forward, or would you ever consider using the label as a means to re-release out-of-print albums from earlier in your career (e.g. first two Blurtonia albums) or unreleased projects (Happy Endings, C'mon Live at Chemical Sound 2011)?

IB: The label is for whatever we want it to be but I don't think we would re-release anything old as new projects seem to take up most of our time.

CVC: 2022 marks forty years since the start of Change of Heart, and unfortunately also marks the passing of founding member Michael Armstrong. In retrospect, it's a blessing that you were able to record both "The March of Mars" for Signals and "Delivering (A Pot...)" for the Smile reissue while he was still with us. Were you able to record any other sessions with him in recent years, and would there ever be a scenario where you could see recording more material with the members of Change of Heart?

IB: It was with this in mind (40th anniversary) that COH founding member Rob Taylor and I got together last Dec to see about writing some new jams. We quickly and unexpectedly wrote a full record and had started recording it when Mike passed. It will feature almost every member of the band in some shape and as expected it sounds like COH.

CVC: Are there any other plans for the balance of 2022 that you'd like to highlight? Are there any particular artists that you're currently recording/producing that are particularly inspiring your own material at the moment, or are generally striking a chord with you?

IB: Same old, same old....just working away and doing tons of writing. I'm currently digging (among others) Limousine Beach, Sick Things, Sons Of Arrakis, Motorpsycho, Terry Riley/Don Cherry live in Koln and have also been on a huge Budgie kick (once again).

I also have a 4 song EP with a project called UWUW coming out on We Are Busy Bodies in Oct. The EP came out of a couple of jams I had with Jay Anderson (Biblical, etc) and Jason Haberman (Dan Mangan, etc). Drew Smith and Chris A. Cummings added vocals and then The Big Sound horns (Jay Hay, Tom Richardson, Patrick McGroarty) laid down some brass.

Also, a remix for New Age Doom featuring Lee "Scratch" Perry, as well as the final Public Animal release, which is a very expansive double LP that we finally got around to mixing over the past year.