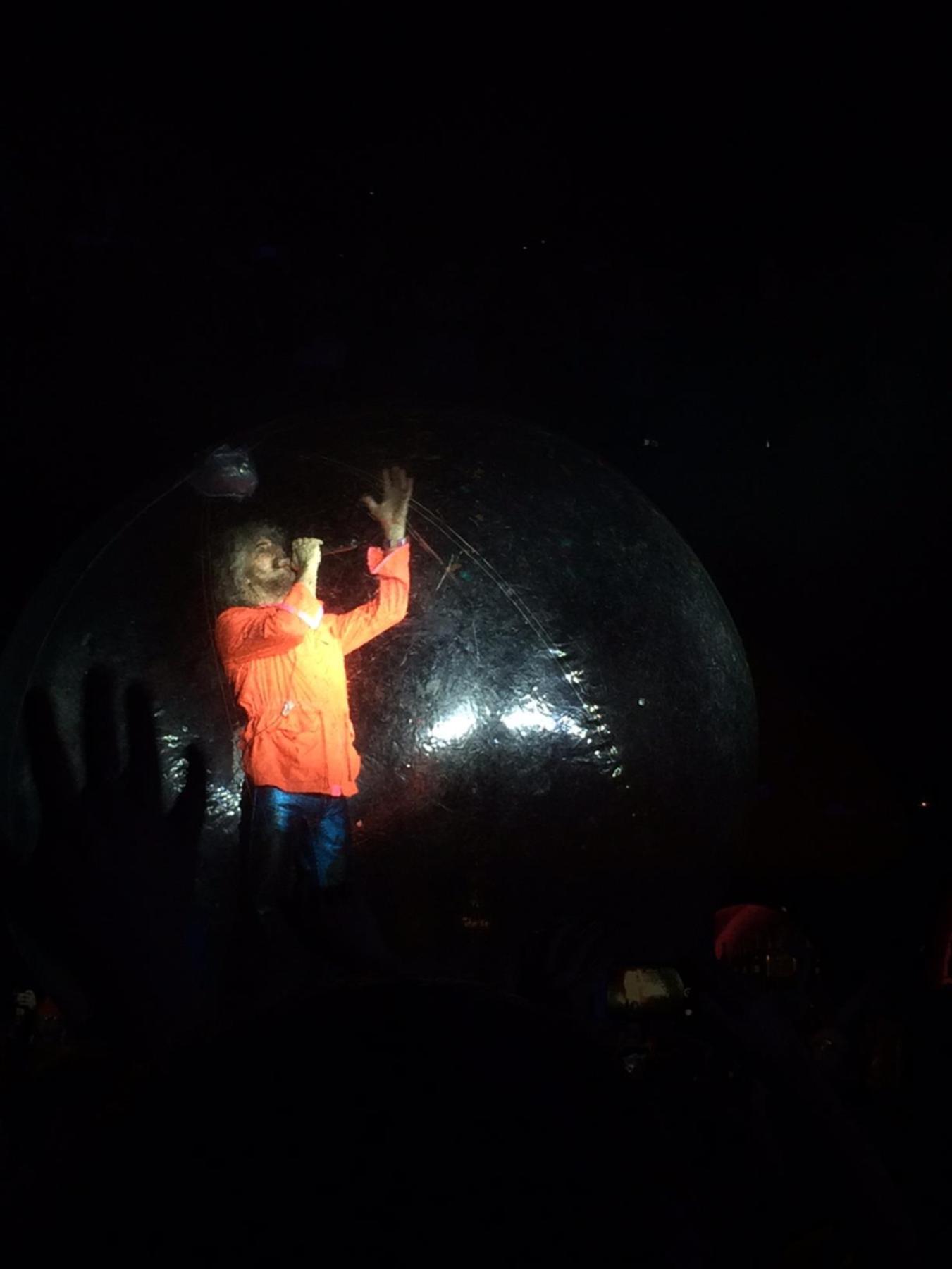 Everyone loves a circus, right? Well, the Oklahoma psychedelic travelling circus, aka
The Flaming Lips, recently came through town spreading confetti and oversized
balloons to all the boys and girls. Hot on the heels of their recently released new LP,
Oczy Mlody, The Lips are currently on a North American trek supporting said album and
bringing with them their usual hallucinogenic spectacle as well as some fairly
underwhelming new tunes.

Though Oczy Mlody might be less than satisfying, The Flaming Lips’ live show can
never be denied its rightful place amongst the most captivating. If you want confetti,
strobe lights, a blow-up rainbow and even a fucking unicorn...then this was the show for
you!

As has been the case for most of the last seventeen years, they opened the show with
The Soft Bulletin favourite, “Race For The Prize.” It was a surprising treat to see Steven
Drozd back behind the drums for this one, as he has always been a personal favourite
of mine. Of course now he is the The Lips’ main musical inspiration, manning guitar and
keys since former guitarist Ronald Jones left the fold back in 1997, but even though it
was only for one song, it was great to see him playing a kit again.

Next up was another fan friendly track: “Yoshimi Battles The Pink Robots, Pt.1.”
Personally, I have never understood the appeal of the Yoshimi Battles The Pink Robots
LP; it was a record that brought the band to a wider audience, but one could argue
whether that was the best development in the career arc of the Oklahoma weirdos.
Regardless, front-man Wayne Coyne had the masses singing in unison.

It just wouldn’t be a proper Flaming Lips show without Wayne Coyne walking on the
crowd inside of a giant plastic ball, would it? So it was no surprise that the ball made an
appearance, but it was surprising that the band played a faithful rendition of Bowie’s
“Space Oddity” while Coyne went on for a walkabout.

Anyone want to take a guess at what Coyne brought out for the Oczy Mlody track
“There Should Be Unicorns”? Well, if you guessed that he would be riding a lit up
unicorn around the perimeter of the venue, then a big congratulations goes out to you!
There are two albums on particular display for this tour: The Soft Bulletin and Oczy
Mlody, and though the material is of the more disappointing variety on the latter, the
former’s songs seemed timeless by comparison. Though it would have been an easy
crowd pleaser to play Bulletin songs like “Buggin” or “Waitin on a Superman”, instead
The Lips chose to go for a more atmospheric mood with the cuts “What is the Light”,
“The Observer” and “Feeling Yourself Disintegrate.”

Though the set focused more on theatrics and mood then actually rocking out, they did
thankfully close out the night with a brace of proper rock songs that both feature
deliciously fuzzed out guitars: “The W.A.N.D.” and “A Spoonful Weighs a Ton.”
“Do You Realize?”, the band’s biggest hit to date and certainly most radio friendly,
served as the night cap to yet another wild and wonderful psychedelic experience from
one of it finest proponents. Now, if they could just serious about rock music again!