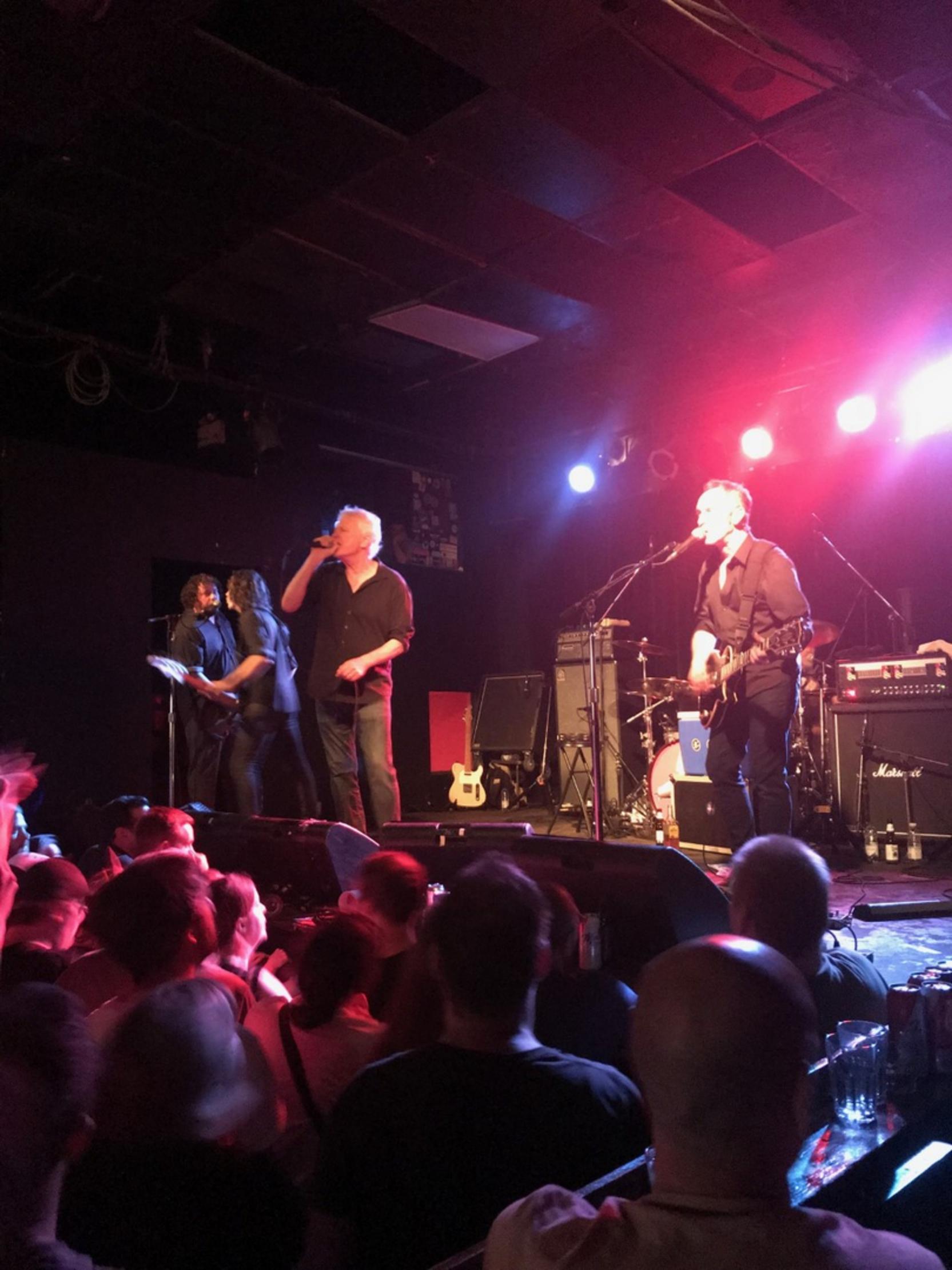 After a dry spell that lasted some fifteen years without a headlining club show, Uncle Bob
Pollard and his merry band of Guided By Voices have now graced Toronto with two in under a
year! As is usually the case, the band are out on the road in support of not one, but two new
records (Warp and Woof, Zeppelin Over China) and another in the can and ready to go. Much
like last year’s show, also at Lee’s, the band chose to focus the majority of the set on songs
from those new albums, but there was still plenty of time set aside for the old favourites too.
This being GBV, and this being a show billed as “An Evening with Guided By Voices”, there
would be more than enough songs (56 in total) ,both old and new, to keep everyone happy.
The band took the stage to the familiar full-throated chants of “G B V!” and kicked things off
with a handful of up-tempo new ones. “My Angel”, “Rally Boys”, “Holy Rhythm” and “Dead
Liquor Store” are all good examples of contemporary GBV and they served as perfectly good
appetizers to main course staples like “Cut-Out Witch”, “Shocker in Gloomtown” and “Motor
Away.”

Zeppelin Over China and Warp and Woof got equal attention on this night with eleven songs
from each as part of the set…of these, personal favourites included the tribal drum and call
and response guitar of “Step of the Wave”; the Doug Gillard infused “Your Lights are Out”: and
the hook laden “My Angel.”

GBV never shy away from the classics either and on offer for this occasion the band trotted out
golden nuggets like Bee Thousand’s “Gold Star for Robot Boy” and “I am a Scientist”; Alien
Lanes’ “Game of Pricks” and “A Salty Salute”; Under the Bushes, Under the Stars’ “Lord of
Overstock” and “The Official Ironmen Rally Song”…and of course, everyone’s favourite sing-along:
“Glad Girls.”

It’s hard to talk about Guided By Voices without talking about its different line-ups. Of course,
the group gained widespread acclaim after the 1994 release of Bee Thousand and that was
recorded with the so-called “classic line-up” of Pollard’s loveable misfits: Tobin Sprout, Mitch
Mitchell, Kevin Fennell, and Greg Demos. These days the band is more rooted in
professionalism, but without losing any of their now legendary live appeal. Of course Uncle
Bob is all karate kicks and Roger Daltrey mic twirls; Gillard is the quiet assassin wielding a well
used Les Paul; Kevin March is the rock steady time-keeper who consistently engages the
crowd; Bobby Bare Jr and Mark Shue not only cover their end of rhythm guitar and bass
respectively, but they also act as perfect conduits between band and fan, looking every bit as
excited to be playing it as we were to hear it!

The utterly satisfying double encore featured everything from classic era deep cuts
(“Unleashed! The Large Hearted Boy” and “Matter Eater Lad”) to 2000s material (“Teenage FBI”
and “Back To The Lake”). To top it all off, they ended the night as they so often have through all
the many years, with a rousing cover of The Who’s “Baba O’Riley.” A couple more Daltrey mic
twirls thrown in for good measure!