Call it freak folk. Call it baroque core. Call it good ole fashioned art rock. Call it what you
want, but whatever it is, Grizzly Bear brought it back to Massey Hall in all it’s
magnificent splendour. The Brooklyn based band are back out on the road in support of
Painted Ruins, their first new record in five years. The new long-player is yet another
collection of art rock gems from one of modern music’s most special bands. At times
ethereal and atmospheric, all while still staying urgent and accessible, Grizzly Bear has
always resided at the intersection of art and rock.

Painted Ruins makes it a trifecta of near perfect albums from the four piece and of
course this show would be the ultimate showcase of the dazzling new material. Though
the show started with a trio of songs from the new LP, they would only play two more
the rest of the way. After the dreamy opening of “Four Cypresses” the band shifted to
the easily digestible “Losing all Sense” and the quiet dramatics of “Cut Out.” Fascinating
to watch Chris Bear work his drum kit with what, at first glance, looked like an almost
jazz like improvisational skill until you realized he was doing the same pattern time and
again.

It wasn’t long after this that the band’s lead vocalist Ed Droste essentially asked for the
still-seated Massey Hall crowd to stand, and not surprisingly, that led to an almost
immediate improvement in the energy level coming from the audience...he also gushed
about the privilege of playing Massey Hall and how lucky Toronto is to have such a
storied venue...an almost direct echo of comments he made when the band played it in
2012. It was a revelation to hear Droste speak of the band’s first Toronto gig...at Jeff
Healey’s old venue, of all places!

2009’s brilliant Veckatimest would feel the love in a big way with the same number of
songs played as the new record. Chris Taylor’s tense bassline introduced the textured
beauty that is “Ready, Able”, while Droste and the wildly talented vocalist/guitarist Daniel
Rossen took equally stunning turns at the mic on “Two Weeks” and “While You Wait For
the Others” respectively.

They took a tour through Shields with “Sleeping Ute” and “Yet Again”, while the Yellow
House favourites “Knife”, “On a Neck, On a Spit” and the haunting “Colorado” stood up
as worthy setlist inclusions.

By the time “Sun In Your Eyes” had levied its last crashing crescendo Grizzly Bear had
undoubtedly reinstated itself as one of the most compelling musical acts working
today...let’s hope that there will be a second round of touring before they start work on a
new album. 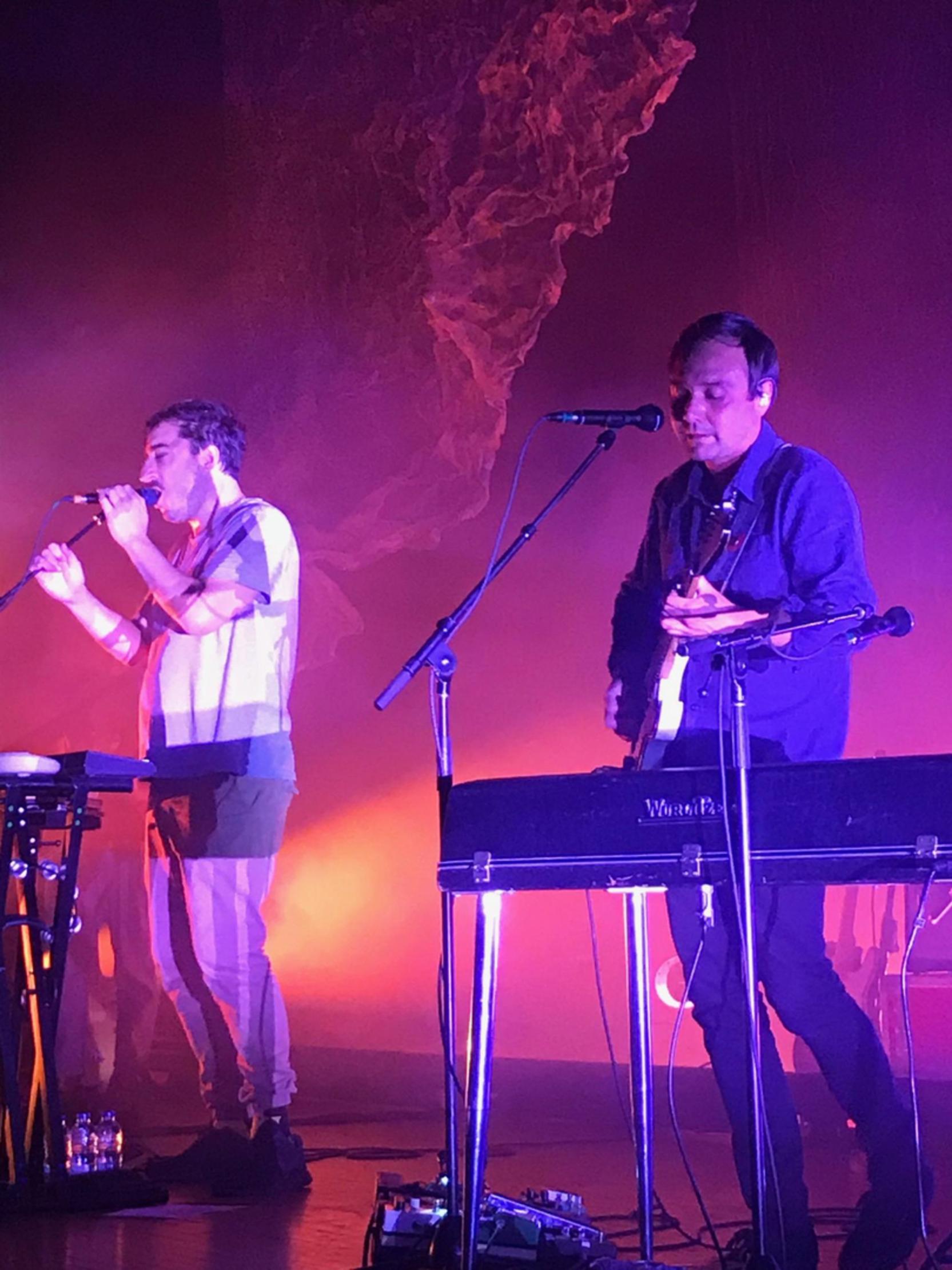