Q: Can you still call it Rage Against The Machine if you don’t have Zack De La Rocha fronting the band?

A: No, but you can call it Prophets of Rage when it’s fronted by Chuck D and B-Real...you dumb motherfucker!

It just didn’t seem right that, in what many would consider to be the most bizarre American election year in history, we wouldn’t hear from Rage Against The Machine in one form or another. And so it has come to pass that 3/4 of Rage are spreading the word of political mistrust and musical chaos once again, as part of the “Make America Rage Again Tour.” Only this time it’s Public Enemy’s Chuck D and Cypress Hill’s B-Real standing in for De La Rocha. Starting at the Republican National Convention in Cleveland last month, the supergroup has been on a barnstorming tour of North America and have released an EP entitled “The Party’s Over.” Of course no one can replace one of rock’s most engaging and vital frontmen, but it becomes slightly more doable when you take two seasoned rap superstars to ﬁll the sizable void. The band has been playing a set that relies mainly on RATM material, with some added doses of Public Enemy, Cypress Hill and the “Party’s Over” Ep added in for good measure.

Public Enemy’s DJ Lord was the ﬁrst to grace the concert stage and he used his turntabling skills to take the crowd through a who’s who of dearly departed musical performers. One by one, Lord would play cuts from Michael Jackson, Nirvana, David Bowie, Prince, Freddie Mercury and it was acting as the perfect appetizer to an already mouthwatering main course.

Like RATM had been doing since their reunion in 2007, Prophets of Rage made their way on stage to the sound of an air raid siren, and once in position, they each held one deﬁant arm aloft before launching into Public Enemy’s “Prophets of Rage.” While Chuck D and B-Real were trading lyrical blows, Tom Morello found yet another signature riff to call his own. They wasted no time in digging into RATM’s catalogue of favourites, pulling out “Guerrilla Radio” and “Bombtrack.”

Though the twenty song set relied mainly on RATM classics, it also provided some nice surprises, such as Public Enemy’s “Miuzi Weighs a Ton” and “She Watch Channel Zero”, Van Halen’s “Cathedral” and the Beastie Boys’ fan favourite, “No Sleep til Brooklyn.”

Here’s an obvious statement: Tom Morello is a hell of a guitar player! Though we have been listening to the RATM catalogue for two decades now, it is truly something to behold Morello perform these unique riffs in person. Not only is he a virtuoso, but he’s a true original in everything that he plays. No matter if it’s sliding the pick up and down the strings on “People of the Sun”, the turntable-like scratching on “Sleep Now in the Fire” or simply just the badass get-down of “Killing in the Name”; the guy is Hendrix incarnate.

Midway through the show, B-Real warned that there would be some surprises in-store for this performance...and the ﬁrst of these proved to be AWOLNATION’s Aaron Bruno guesting on the classic RATM cover of Bruce Springsteen’s “Ghost of Tom Joad.” The second had B-Real predicting the crowd was going to “ﬂip the fuck out!” And he was right...ladies and gentlemen, Mr. Dave Grohl!

Once everyone had caught their collective breath, Grohl strapped on his custom Gibson and screamed: “kick out the jams motherfuckers!” And then proceedied to rip right through the MC5 classic.

With Grohl’s showstopping appearance now behind us, there was only going to be one way to properly close out this night...and that was with RATM’s signature motif: “Killing in the Name.” After Morello’s all too familiar guitar intro, Chuck D and B-Real took turns leading the crowd with “Some of those who work forces / Are the same that burn crosses.”

After the last “Fuck you / I won’t do what you tell me” was uttered each member of the band left the stage...except for B-Real. He didn’t leave the stage until staring down the audience one last time and ﬁring up a massive joint...safe in the knowledge that he had made Canada rage again! 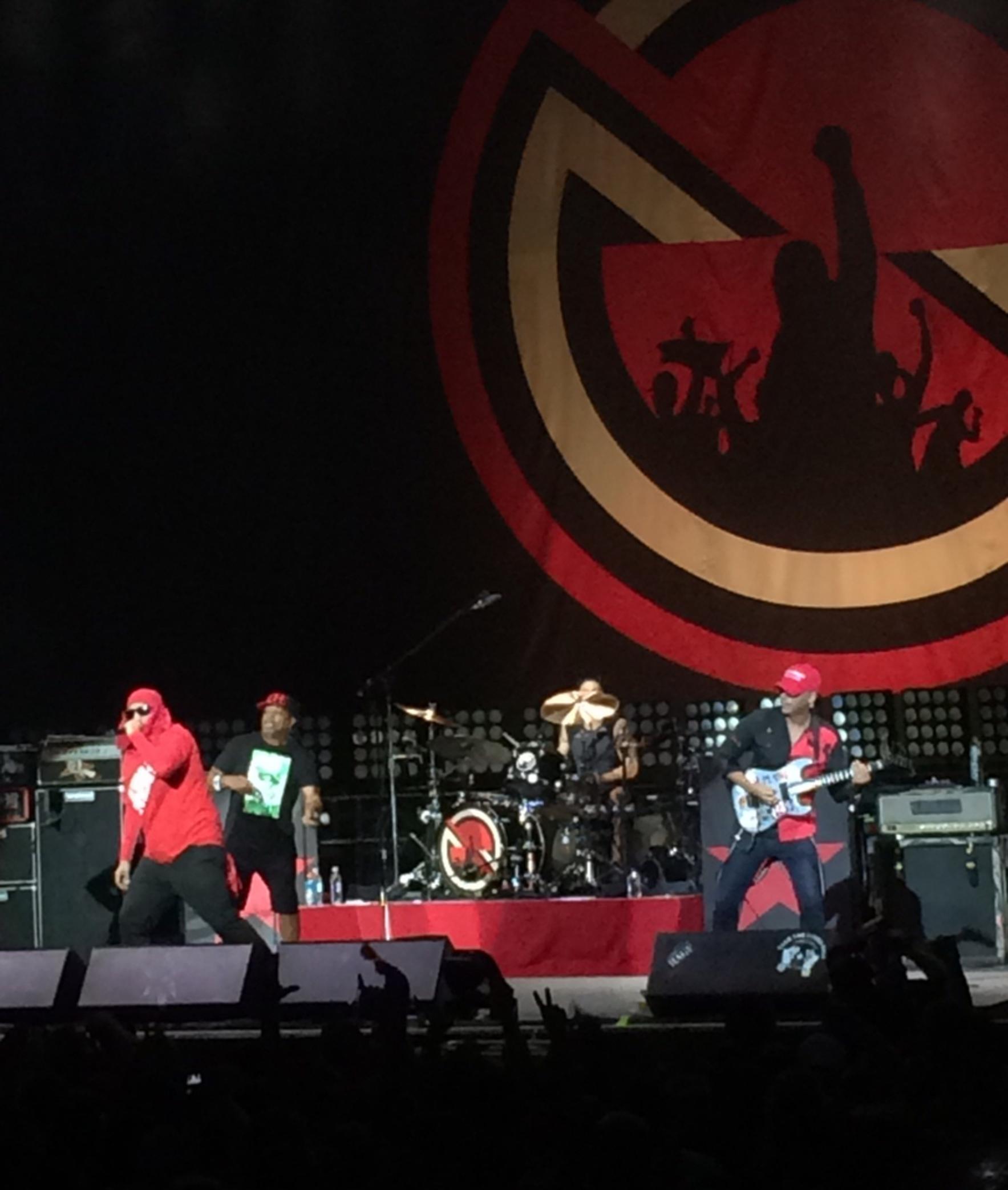