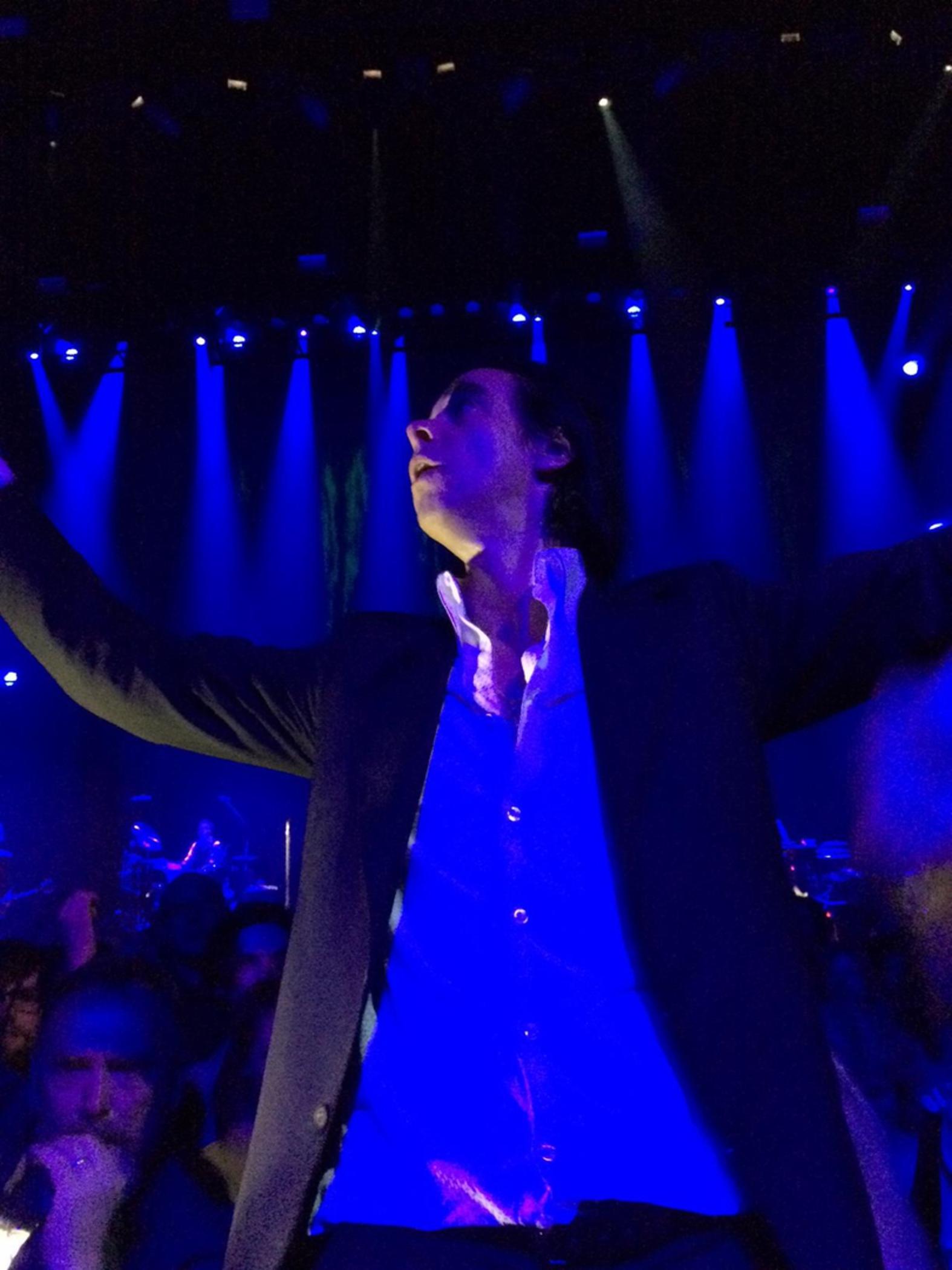 What can you say about Nick Cave at this point that hasn’t already been said ad
nauseum. The “Dark Prince” of alternative rock has literally seen and done it all in the
music business. Starting from the origins of post punk weirdos The Birthday Party,
through the early rambunctious Bad Seeds records, to the more serene if still
challenging latter day material...not to mention his numerous film scores (with fellow
Bad Seed Warren Ellis), screenplays and novels. Simply put, Cave is not just a survivor,
but he continues to thrive, closing in on his fifth decade making music. In essence, all
Cave live shows, whether it be with The Birthday Party, The Bad Seeds, or his more
recent garage rock incarnation in Grinderman, have been must see events. This man
was born to be a live performer!

What makes this most recent visit to town different is that it’s the first bit of North
American touring that Cave has done since the passing of his son Arthur, some two
years earlier. The tour comes on the heels of the sparse and droning new record,
Skeleton Tree, which is filled with dark ruminations of Cave’s mindset of the last two
years...though, supposedly most of the record was written before that fateful day. I’m
sure going into the show many would have wondered if Cave could still be the wild
entertainer he had always been in previous years. Well, let the record show that those
thoughts turned out to be utter bullshit!

With no opening act to delay the main event, the show got underway a little after 8:00
with The Bad Seeds taking to the stage and with violinist/guitarist Warren Ellis taking to
the piano. After the first few hushed bars of Skeleton Tree’s “Anthrocene” drifted through
the Massey halls, Cave made his entrance to a respectful roar from the crowd.

In fact, it was the new record’s material that dominated the early going, with three songs
getting a run out...none of them more powerful then the haunting “Jesus Alone.” You
could feel Cave morph from detached storyteller to a man who has experienced a
profound loss. You could feel the pain in the “With my voice, I am calling you” chorus.

The set’s midsection gave rise to classics like ‘Tupelo”, “The Ship Song” and, of course,
“Red Right Hand” but it was “From Her To Eternity” that really sent the crowd into a
frenzy. Cave was prowling the stage like an animal on the loose, while the band raged
on behind him. Ellis somehow managed to create manic burst of feedback through his
violin and would stick the bow down the back of suit jacket when it wasn’t needed.

“Jubilee Street” has become a modern classic for any Bad Seeds show at this point and
this night was no different. The song starts out simply enough with only Ellis’ spare
guitar chords, but just as Cave sings of his “transforming...look at me now,” the song
also transforms and morphs into this wild celebration of chaos. Absolutely magnificent!

An interesting twist arrived in the late going with Skeleton Tree’s “Distant Sky.” The
recorded version of the song features a beautiful section sung by the Danish soprano
Else Torp...which, surprisingly, was played in the live outing by way of a video image
displayed on the stage backdrop.

The four song encore featured the lacklustre “Rings of Saturn” and “Mermaids” but all
was forgiven when the ruthless “Stagger Lee” was set free. As per usual for “Stagger”,
Cave adopts the character as his own and runs rampant with it. He always sets his
sights on some lucky female in the audience to sing to and he found one in the second
row this time out.

The last song of the night proved to be the one with the most personal interaction with
the audience. For “Push the Sky Away” Cave jumped off the stage and strolled down to
Row G to sing with the crowd. In fact, your faithful writer helped to steady Cave as he
balanced himself delicately on the back of one of the old Massey Hall chairs as he
encouraged the people to mimic the pushing of the sky away.

Through the darkness of a parent losing his child, it would seem that Cave has found a
ray of light in the playing and creating of music. Without doubt, Cave and his Bad Seeds
are the finest performers this reviewer has ever laid his eyes and ears on and this
evening was another brilliant exhibition of that. In a word: perfection!