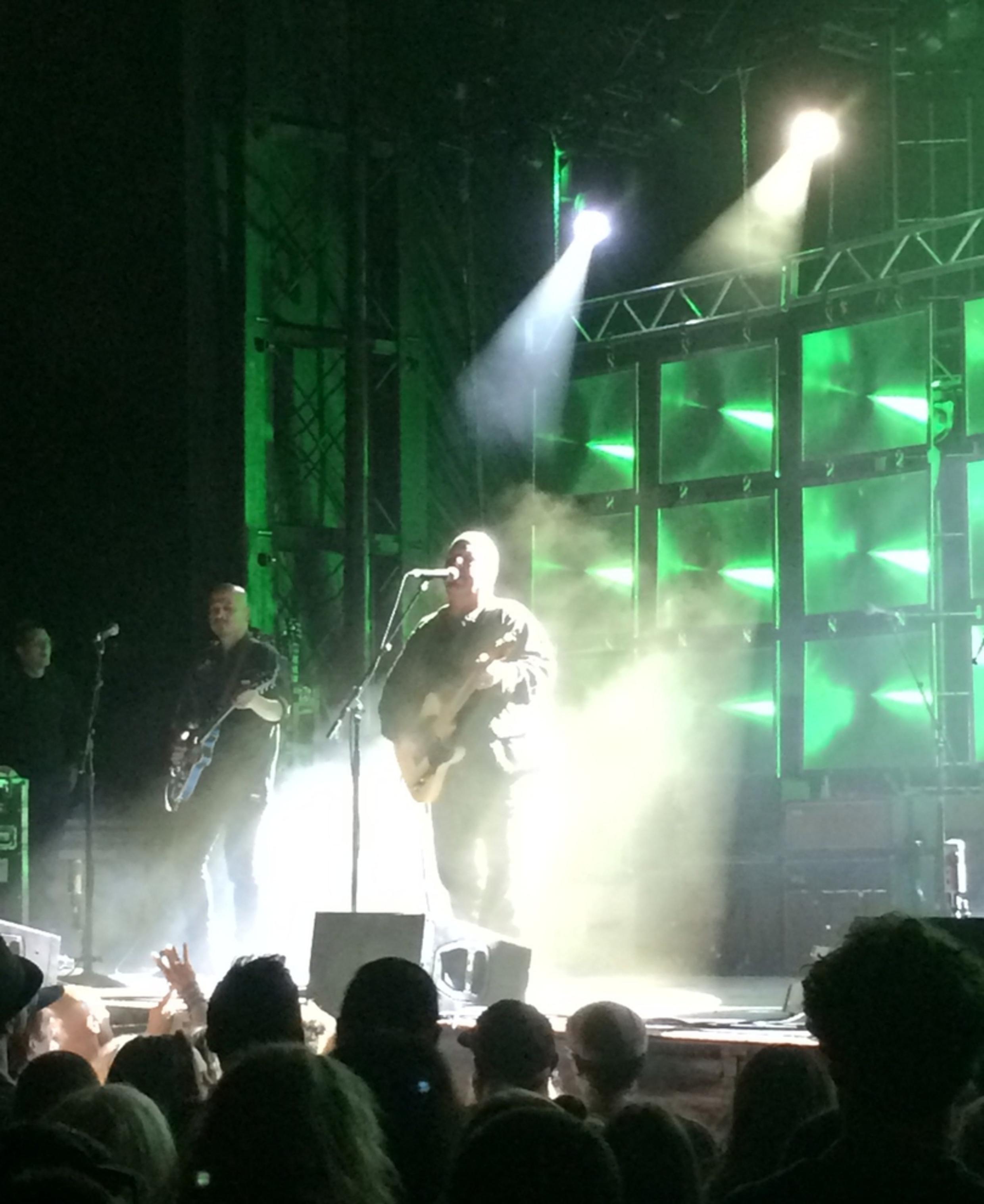 What else can you say about Pixies at this point? Are they legends? Yes. Do they still rock? Yes. Is it still Pixies without Kim? Without question, yes! The band, playing their second Toronto show in three months, had previously rocked a sold-out Horseshoe back in June when their date supporting Robert Plant was axed because of the Led Zep man’s throat problems…I think we’re all still recovering from that awesome night! Not long after that show Black Francis and co. were announced as TURF 2015 headliners…and so here we are.

With the bright lights of the big city acting as the perfect backdrop to a highly anticipated performance, the familiar silhouettes of Black Francis, Joey Santiago, David Lovering and relative newbie Paz Lenchantin took to their customary stage positions. As usual, there was next to nothing in terms of verbal acknowledgement from Francis to the crowd, but he most certainly let his songs do the talking. They pulled no punches and came out swinging for the fences with Trompe Le Monde’s muscular “U-Mass.”

Certainly it was no surprise that the set leaned heavily on Surfer Rosa and Doolittle material, including gems like “Bone Machine”, “River Euphrates”, “Nimrod’s Son”, “Crackity Jones”, “Monkey Gone To Heaven” and “Mr Grieves.” Last year’s comeback record, Indie Cindy, was also on display, with songs like “Magdalena 318”, “What Goes Boom” and “Silver Snail.”

This being my fourteenth Pixies show, I feel I can bring some perspective on how particular sets differ or rate from one another…and on this night I heard the best versions of “Ed is Dead” and “Brick is Red” that I’ve ever witnessed. It’s only been in the last year or two that the band will break out “Brick is Red” live and it is a pleasure to hear it.

The opening few chords of Indie Cindy’s “Snakes” was attempted before Francis put the kibosh on it, telling Lovering behind the kit, Sorry David, we have to do something to get my frustrations out.” What better way to do that then to tear into the ferocious “Tame.”

No Pixies performance is complete without a shredding rendition of another Surfer Rosa classic, “Vamos.” Santiago always likes to give an audience a show with his mid-song guitar freak-out, which usually includes maniacally bended chords, crashing feedback and behind the head theatrics…in a word: awesome!

As per usual, Lovering was his rock solid best…whether it was keeping the beat alive through “Vamos”; the beautiful hi-hat tinkling on “Tame” or just generally freaking out on “Isla de Encanta”, Pixies’ unsung hero is a man for all occasions.

Certainly we all mourn the loss of Kim Deal, but honestly people we have got the golden replacement in Paz Lenchantin. Her backing vocals are spot-on, her playing is beyond reproach and she even leads the crowd with hand claps for God’s sake! I for one hope that if a new Pixies record is in the future that Paz gets input and billing as a proper member.

Hard to believe that Black Francis has been singing some of these songs for twenty-seven years, because for all I could tell it looked and sounded like he was chomping at the bit to unleash them as though they had just been written. I would have thought by now (eleven years, post reunion) there would have been an unavoidable “go through the motions” feel about the live shows…but it is heartening to report that this band is just as engaged and electrifying as they were in 1989! Don’t believe me? Just check out Francis’ screams on songs like “Tame” or “Isla de Encanta”…that is not the sound of a man just cashing a cheque…that’s the sound of a man who’s earned it!